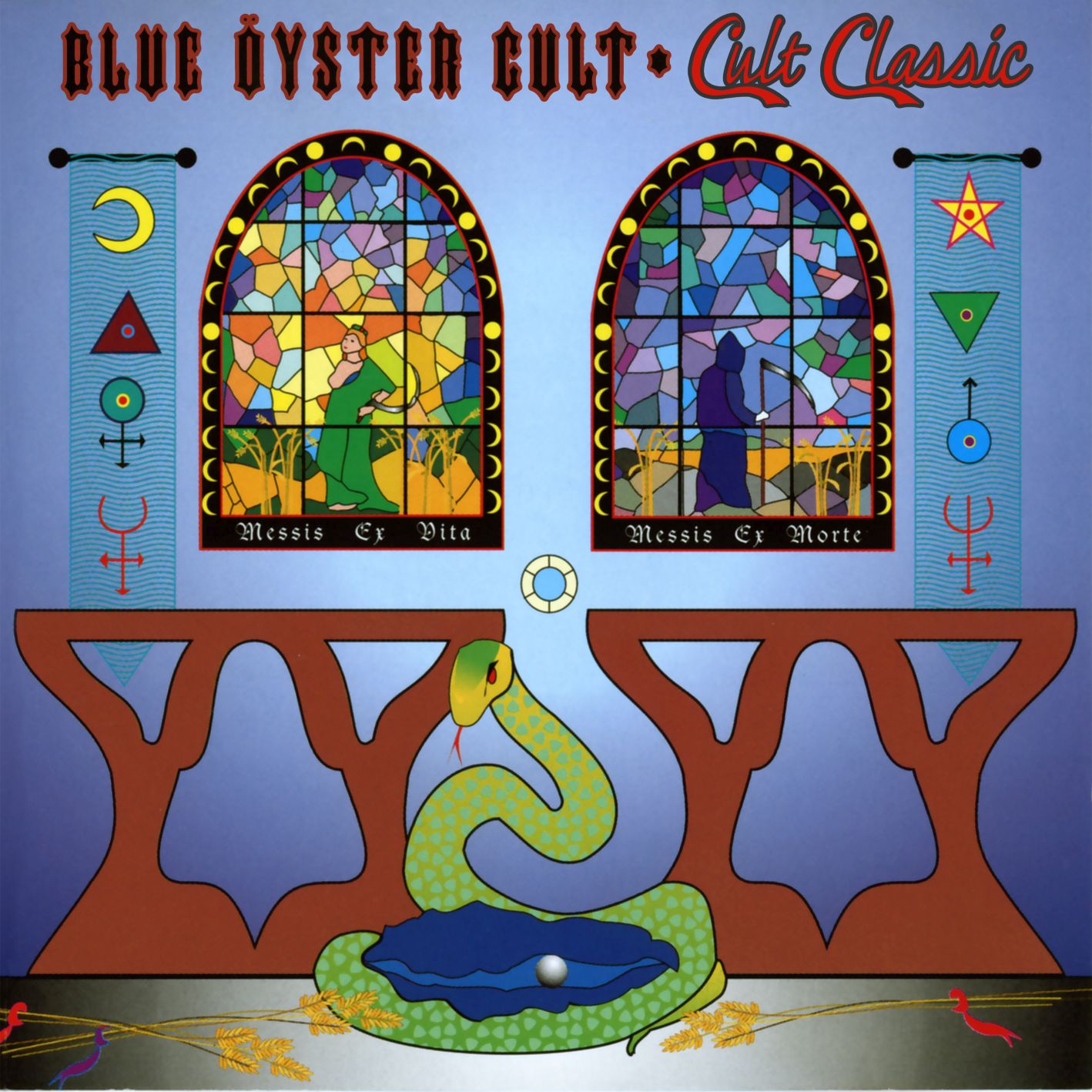 This is one of the bands that got me into rock and metal. In 1976 they released their fifth album ‘Agents Of Fortune’ and the single ,,Don’t Fear The Reaper’’ became a modest hit, even in The Netherlands at the time. So I bought the album and I played it to my older brother who made the remark that he had a few of the earlier B.O.C. albums in his collection and that he never got into the band. So within a few days my amount of B.O.C.-albums went from zero to five including the outstanding live album ‘On Your Feet Or On Your Knees’. The band played a ‘strange’ mix of rock and metal often with sci-fi and occult lyrics but I dug it. The albums ‘Spectres’ (with their best song ever ,,Godzilla’’) and ‘Imaginos’ (both released later) became my favourites. And although I kept buying all their stuff, it must be said that not everything was up to scratch. B.O.C. always had and still has two backbones: singer/guitarist Eric Bloom and guitarist/singer Donald ‘Buck Dharma’ Roeser who founded the band together in the late sixties and are still active today. The album ‘Cult Classic’ originally came out in 1994 and was a compilation of their most classic songs. It is a bit strange that a quarter of a century later Frontiers is releasing that album again. At the time B.O.C. decided to re-record those ‘classic’ songs and give them a more modern jacket but I found then (and now again) that the original versions of tracks like ,,Godzilla’’, ,,Don’t Fear The Reaper’’, ,,Cities On Flame With Rock And Roll’’, ,,Flaming Telepaths’’ and ,,This Ain’t The Summer Of Love’’  were not matched let alone improved. Most of the songs just do not sound as powerful as the original versions, they are more tame executions. So to be brutally honest, this is not a CD that for me sums up the essence of B.O.C. If you really want to get to know this band try to find the earlier stuff or the really excellent 2-CD compilation ‘Workshop Of The Telescopes’ with some nice extra’s as well. That release really shows the essence of this band that is still touring and has been an example to many other rock bands.