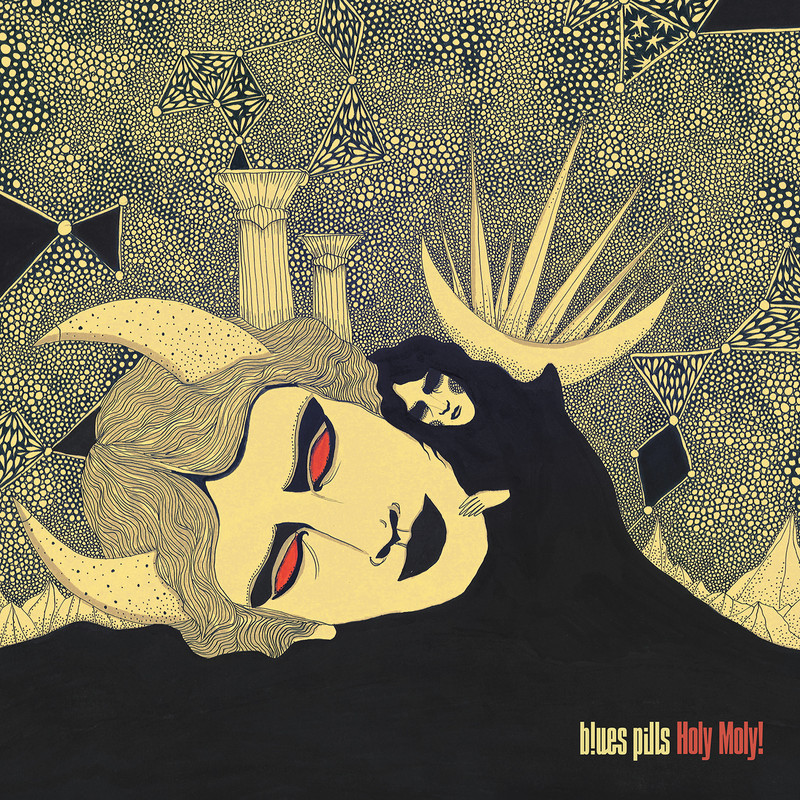 Already six years ago, since Swedish blues rock sensation Blues Pills released their self titled debut full length album. The mood of the music and especially the voice of singer Elin Larsson had them compared to the great Janis Joplin. Somehow, the band transports the spirit of these times perfectly into the present without looking old fashioned, even though totally vintage. The hardest thing after releasing a mind blowing debut is always the follow up. But not for the Swedish, as just two years later, they climbed up the charts with `Lady In Gold‘ and even made it to the number one spot in Germany. After releasing a corresponding live album to every studio album, the band slowed down a little bit with releasing new music. In the middle of a global pandemic, Blues Pills will release its brand new album `Holy Moly‘ four years after the last studio album. `Holy Moly!‘ is the perfect record for these crazy times. An album full of energy, passion, hope and overall good tunes. The eleven songs are a perfect homage to the good old times; a musical mix between Janis Joplin, Joe Cocker, Black Sabbath, Deep Purple and Hendrix all mixed up in a modern-vintage sound to blast your speakers. In a normal touring-world, I would expect `Holy Moly‘ – LIVE to be released next year, but as we all know, nothing is for certain right now. Therefore, we do it like Spinal Tap, crank up our amps to 11 and constantly listen to `Holy Moly‘ wherever we can.