BOB KULICK-Skeletons In The Closet 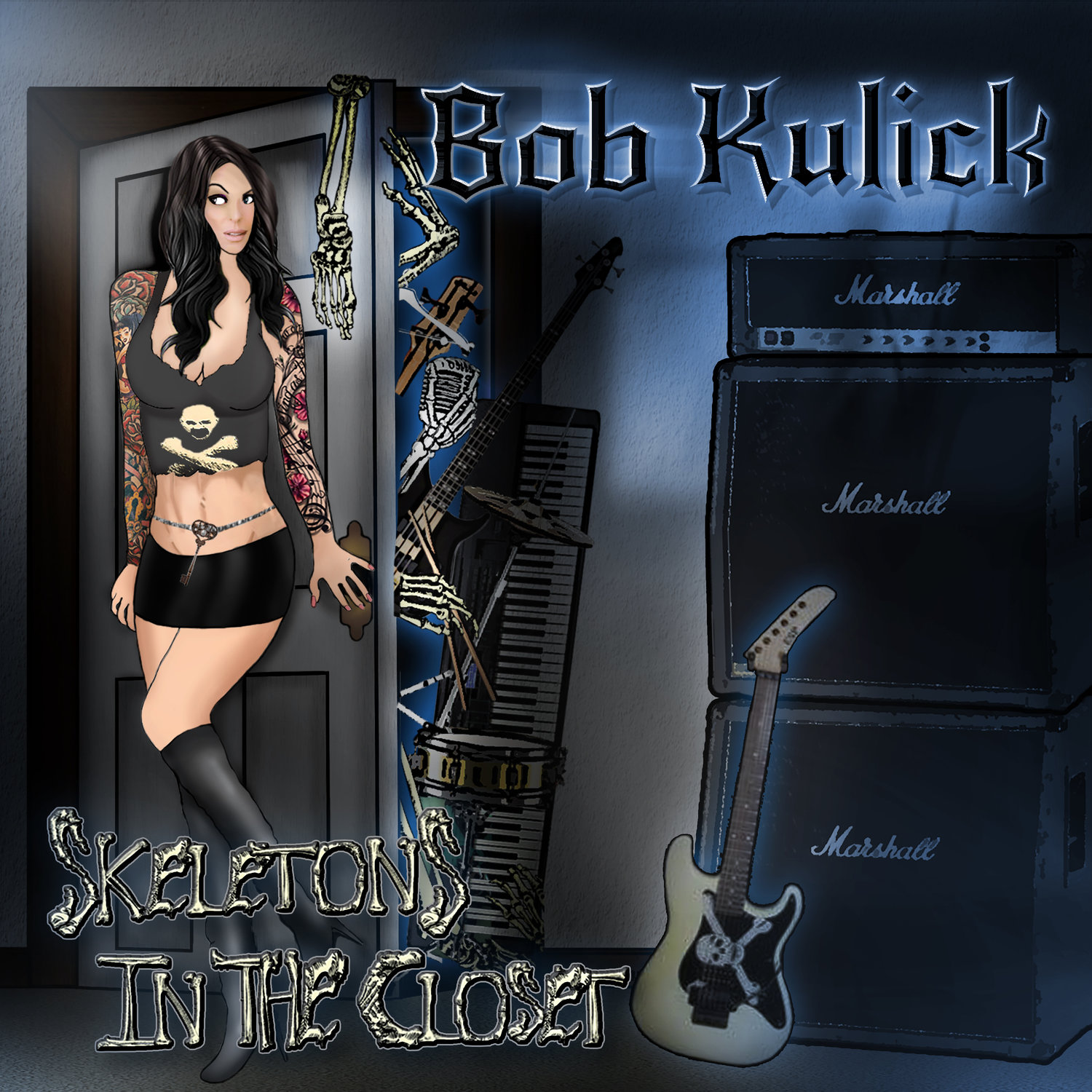 BOB KULICK-Skeletons In The Closet

Bob Kulick has been in the rock business for about 45 years or more, has worked with Kiss, Balance, Blackthorne, Meatloaf, Skull and Murderer’s Row plus has produced plenty of albums as well. Still ‘Skeletons In The Closet’ is his first official solo CD. Bob always had a good reputation and is known in the business so many friends and fellow musicians came down to help out. ‘Skeletons In The Closet’ is a CD that can be divided in two categories. First there are the ‘new’ songs where people like Robin McAuley, Todd Kerns, Dee Snider, Andrew Freeman and Vick Wright provide the lead vocals. Bob got also plenty of help from his old Balance mate Doug Katsaros (keyboards and song writing), obviously his younger brother Bruce Kulick provides some guitar assistance while also Vinny Appice and Rudy Sarzo play along. The first five tracks are all new and are dominated by Bob’s typical guitar sound and licks. The only song that is a complete failure is a strange version of ,,Goldfinger’’, once the soundtrack to a James Bond movie. Singer Vic Wright sounds like Alice Cooper on a misty morning and the music is also not great. Not one of Bob’s finest moments. Luckily the tracks ,,Rich Man’’, ,,Not Before You’’, ,,London’’ and ,,Player’’ are up to scratch. The second part of the CD contains three songs that Bob recorded with Murderer’s Row years ago with David Glen Eisley singing. ,,India’’, the CD title track and ,,Can’t Stop The Rock’’ are okay but nothing more than that. That also goes for ,,Guitar Commandos’’ with Bob and Bruce battling it out with top singer Dennis St James who also sings ,,Eyes Of A Stranger’’, by far the best track on this CD. Both songs were featured on the Skull CD ‘No Bones About It’. So Bob Kulick comes up with five ‘new’ songs and five oldies for his first solo effort. Pretty decent music for sure but for a man that has been so long in the business as Bob Kulick this album comes across as a bit too thin and not very inspirational. Bob must have some better songs in his closet I am sure so let us hope that he can find the key and maybe come up with something in the style of Balance, because that band and especially the album ‘In For The Count’ still is his finest moment in rock.