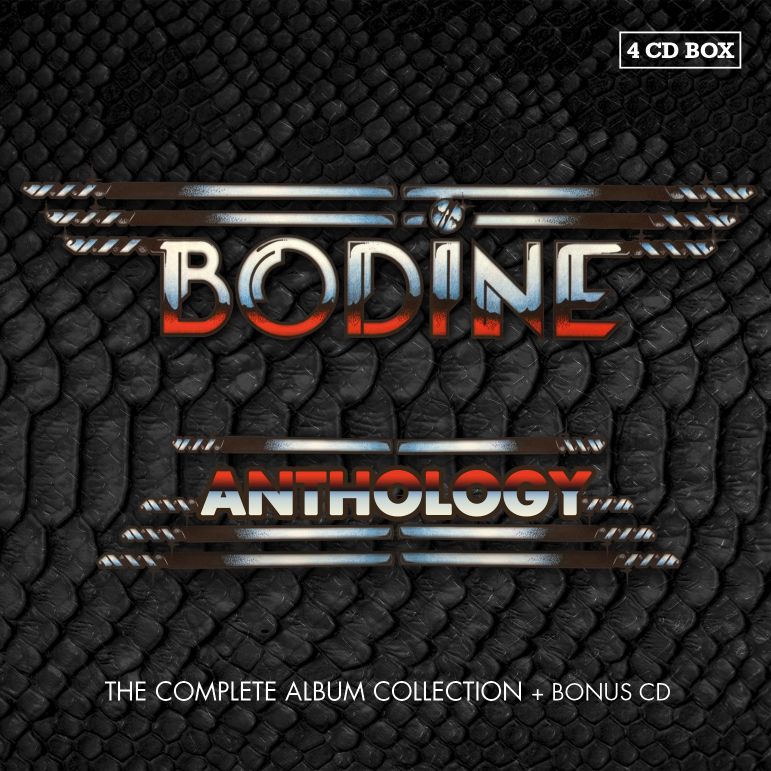 November 6, 2019 by Michel van de Moosdijk - More about our team

In the eighties The Netherlands had quite a flourishing rock and metal scene. Yours truly was right in the middle of that working with bands like Highway Chile, Helloïse and Martyr personally while other bands like Horizon, Vandenberg, Picture and Vengeance made a strong name for themselves as well, in Vandenberg’s case also on an international level. And there was also Bodine, a band originating from The Hague with drummer Gerard Haitsma, bass player Armand van der Hoff, guitarist Rheno Xeros (a.k.a. Rene Rijsdijk) and vocalist Jay van Feggelen (originating from Amsterdam). Also in those days very active in the rock scene is disc jockey Alfred ‘Big Al’ Lagarde, who had a radioshow called Beton (translated: concrete) every Tuesday at 4.30 PM sharp on Dutch national radio. Every rocker tuned in as Alfred always had top notch rock and metal and more important he gave a damn about the Dutch scene in particular. He saw the potential in Bodine who had been rehearsing for several years but did not get a lot of recognition. When Lagarde agreed to produce their first album ‘Bodine’ (he later also produced the first Highway Chile album ‘Storybook Heroes’) things started happening. Their record company Rhinoceros Records promoted the album wherever they could and even came up with the slogan ‘Bodine is Beton’ (Bodine is concrete). From the moment I heard the first tune of that album on the radio (,,Rock Rosetta’’) I fell in love with the music. On their first album Bodine produced an exciting and high energy mix of hard rock and heavy blues that was dominated by the powerful r&b influenced voice of Van Feggelen. For me that first Bodine album is one of the best rock records ever coming from Dutch soil and to this day I regularly play that album with great tunes like ,,Foggy Fantasy’’, ,,Freight Train Runnin’’’ and ,,Backstreet Crawler’’. Unfortunately because of musical and personal differences Van Feggelen left the band just as the band were making preparations for a second album. His replacement was a cocky dude named Axel Langemeyer nicknamed ‘Mad Man Axel’ and the band expanded as well by recruiting a young guitarist ‘Iron Anthony” Arjen Lucassen to beef up the sound a bit more. 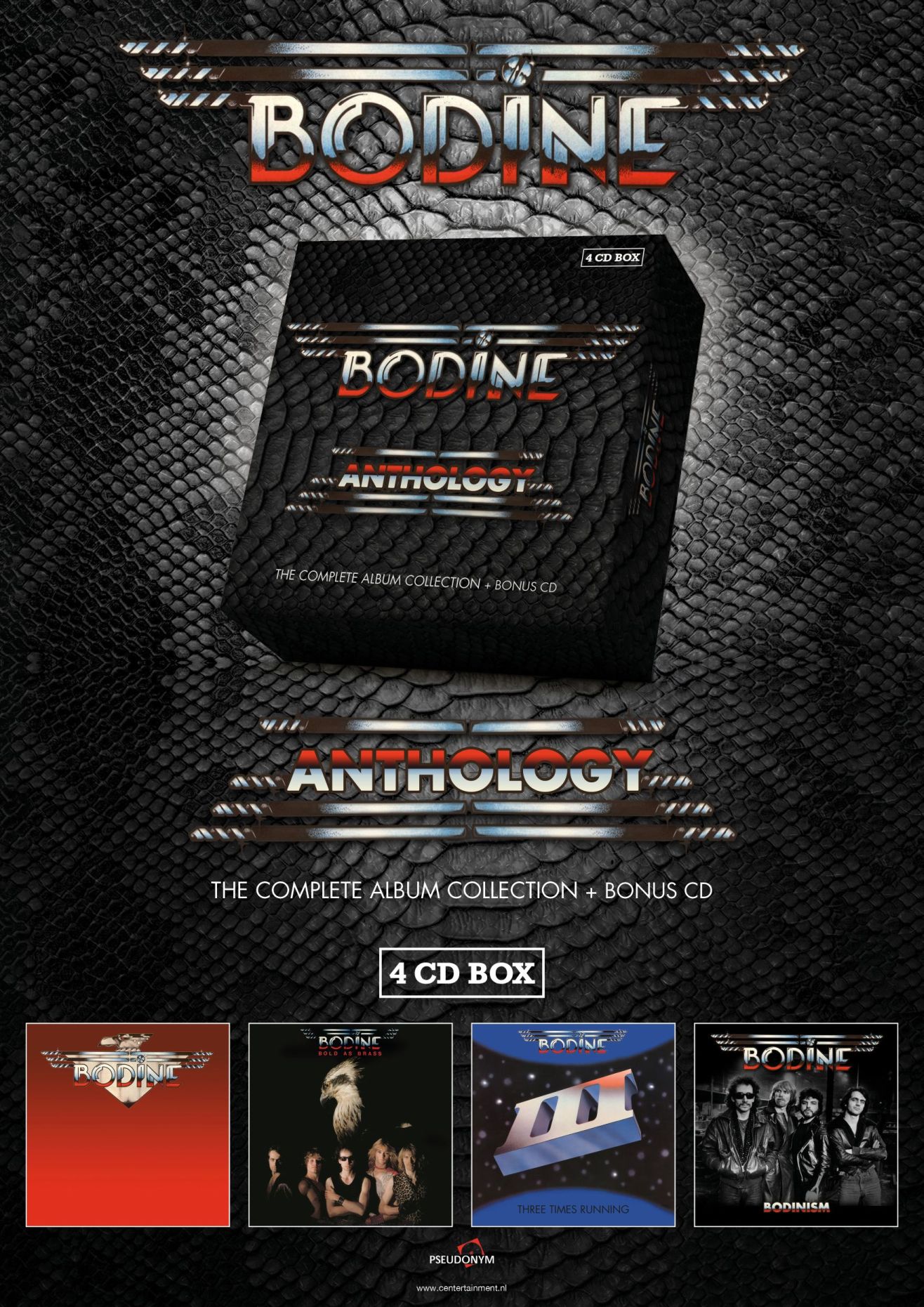 When the second album ‘Bold As Brass’ came out Bodine sounded completely different. More heavy metal orientated, still very melodic but different in comparison with the debut album. The same goes for the third album ‘Three Times Running’, that was just as solid and hard edged as ‘Bold As Brass’. The first three albums are all featured on this 4-CD ‘Anthology’ box we are talking about here. The fourth CD is called ‘Bodinism’, with 16 songs, jingles and even an interview from the early days. ‘Bodinism’ contains demo versions of most songs of the first album, a version of ,,Regular Rocker’’ with Van Feggelen (the song ended up on the second album with Langemeyer singing), left overs (,,Rock Doctor’’, ,,Find The Road’’ ) and outtakes. Obviously the sound is not always up to scratch but everything has been remastered professionally and the fact that ‘Bodinism’ has all these extra goodies makes this 4-CD a must if you are interested in Dutch rock history. After Bodine folded the involved musicians went their way.  Somewhere in 1991-1992 there was a short reunion with Van Feggelen back on vocals but again personal problems between the members put a spoke in the wheel. Van Feggelen is still active in his own Jay Bodean Band, Arjen Lucassen (who after the third album switched to Vengeance which left Bodine in limbo) became the mastermind of a project called Ayreon and has done quite some amazing things under that banner. And we all know that Lucassen was also the man behind Star One and other stuff and should be applauded for his excellent achievements! Not sure what Gerard Haitsma (who for years worked in the car business), Rheno Xeros and bass player ‘Jeronimo’ (he joined after Van der Hoff left after the release of ‘Bold As Brass’) are doing these days. Armand van der Hoff became a Christian and fills his days preaching about God and about the fact that his days in Bodine were a big mistake (the devil made him do it so to speak) while Axel Langemeyer died in March 2003 at the very young age of 47. And ‘Big Al’ Lagarde has passed away as well. All in all, Bodine has been an important part in the Dutch rock and metal history and this is your chance to get all their material in one hit!

For information about buying this 4-CD ‘Anthology’ box you best go to www.centertainment.nl as it (most likely) might not be sold in regular record shops. On this website you can most certainly order your copy or you can send an email for more information to office@centertainment.nl.