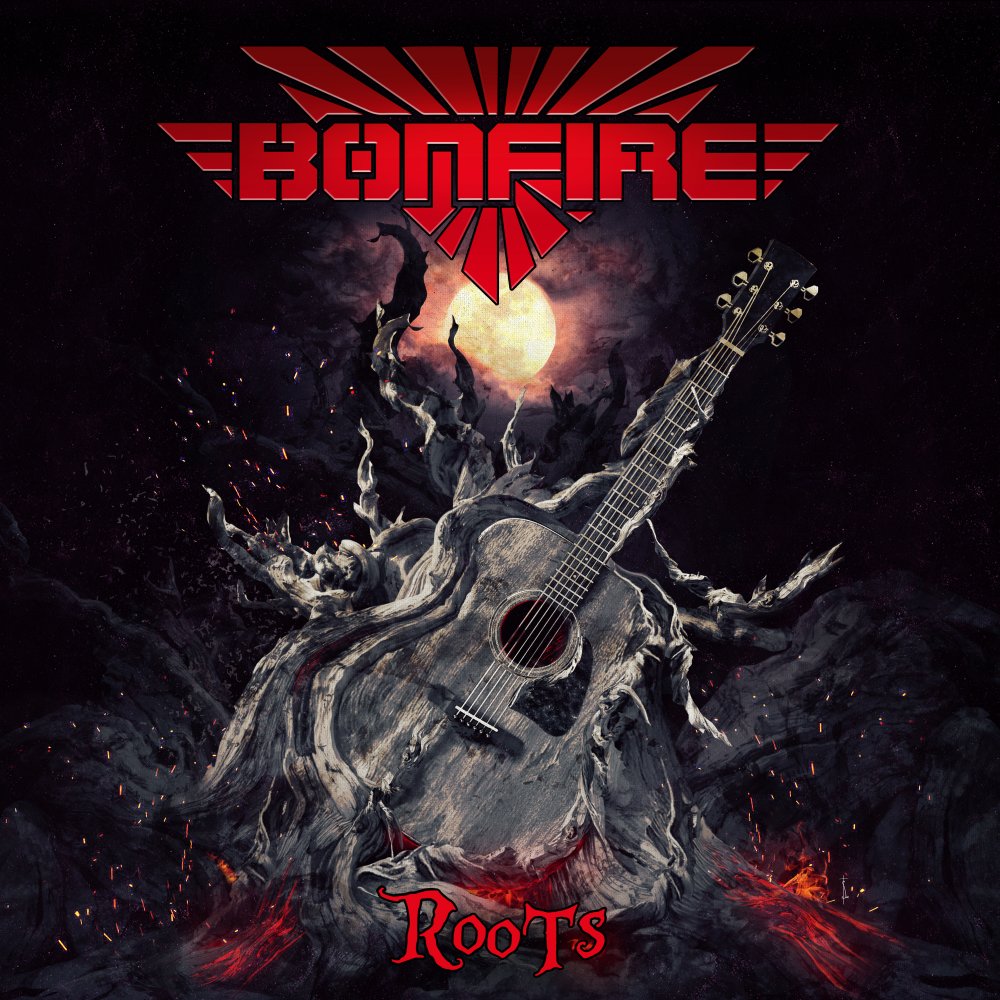 What do you do when you are for obvious reasons not able to promote your latest studio record ‘Fistful Of Fire’ on stage? In the case of Bonfire the men around guitarist Hans Ziller decided to record some new material. First guitarist Frank Pane worked on the third Sainted Sinners CD ‘Unlocked & Reloaded’ that came out a few months ago before joining his Bonfire friends in the studio to record ‘Roots’. On this double CD with 24 songs the band takes a trip down memory lane, looking back at and revisiting their long history by re-recording some of their old material after some re-arranging, rebuilding and soul searching. The album is acoustic based and also has a handful of fresh compositions (five in total I believe). Since a few years Bonfire has a new vocalist in Alex Stahl but he never managed to really convince me especially when he is reaching for the higher regions. On ‘Roots’ his achievements are a lot better. The tunes are toned down and he can sing them in a lower key which actually suits him much better in my humble opinion. By adding some keyboards here and there the band has managed to add more colour and depth to their old songs and because Ronnie Parkes (bass) and André Hilgers (drums) managed to put a lot of energy in the recordings this is definitely not an acoustic record that starts to sound boring or monotonous after a while. Far from, a track like ,,American Nights’’ is still as energetic in its acoustic version as it was in the electric version. The pace might be less but the album is surely not too sugar coated. To cut a long story short Bonfire has done a good job overall and they sure used the extra time that they had to their advantage by producing a relaxed yet energetic and convincing sounding acoustic overview of their long career.