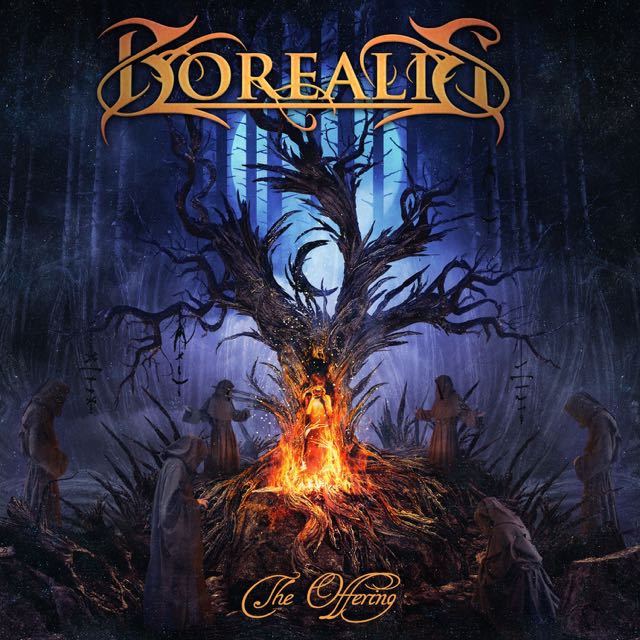 I am really glad that the fourth album of Borealis called ‘The Offering’ is far much better than their predecessor ‘Purgatory’, which was released in the year 2015. ‘The Offering’ features 12 brand new tracks filled with excellent melodies, skilful instrumentations and it is loaded with up to date metal hooks, making this album a great blend of melodic power metal and prog rock/metal. However, I also have to mention that the Borealis guys are maybe a bit too much fans of Evergrey [I love Evergrey by the way…], as some riffs/hooks and the vocals of Matt Mannelli really sound like the metal guys from Sweden. Take for instance the opening track ,,The Fire Between Us” which could have been a song on the last Evergrey album, or the title track which has Evergrey written all over it. Besides that, ,,The Offering”, is of course also a great track with a highly melodic chorus and lots of musical aggressiveness. Borealis has definitely grown in their musical development and they prove this in excellent songs like ,,The Second Son”, ,,Sign Of No Return” and ,,The Devil’s Hand”, which are loaded with memorable riffs, passion, emotion, excellent vocals and great guitar solos. Unfortunately ‘The Offering’ also contains two rather mediocre songs, namely: ,,Into The Light” and ,,Scarlet Angel”, which are too poppy and too cheesy; sorry guys, I know that the truth hurts. The climax of the album, besides the title track, is the final song ,,The Ghosts Of Innocence”. That one is also the longest track of the album and here Borealis really shines, proving that these Canadians belong to one of the best melodic prog metal bands on this planet. One last tip; listen to this album a lot and then you will hear something new every time you hear ‘The Offering’. Actually it is a shame that there are two rather weak songs on this album, otherwise this would have been a “perfect” melodic power metal album…. Still, highly recommended!!