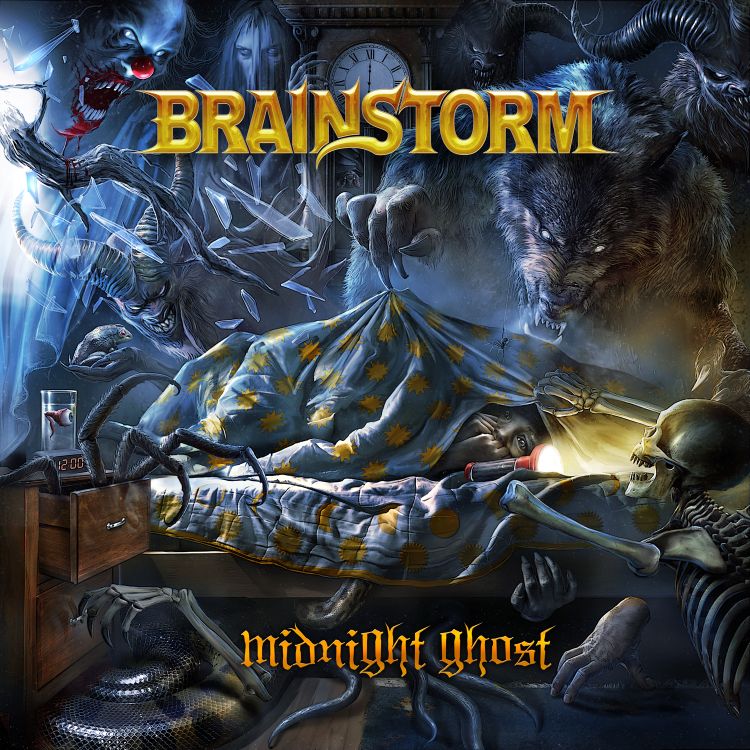 Time does not stand still for anyone, not for me, not for you and not for Brainstorm, the German power metal band that came to life somewhere in 1989 and still holds three founding members (drummer Dieter Bernert and the guitarists Milan Loncaric and Torsten Ihlenfeld), while vocalist Andy B. Franck (also singing in Symphorce and until recent with Almanac) has been around for almost two decades as well. And although time does not stand still, that same time has made sure that these five guys including bass player Antonio Ieva have grown into a solid metal machine that has just released its twelfth and most likely most prolific album in their history. In the past Brainstorm had the habit of not being for a full hundred percent persistent in their song writing. The musical skills have never been an issue and they certainly are not an issue on ‘Midnight Ghost’, but most of the time not all songs had the same standard. There were always a few doubtful moments present (like on their last one ‘Scary Creatures’). Nothing like that is the case now. These songs with their catchy hooks and catchy choruses, the modern yet heavy production of Seeb Levermann, the consistency in strong instrumental and vocal deliveries and the fact that there are absolutely no fillers to be found should lift Brainstorm up and make them really compete with bands like Gamma Ray, Masterplan, Helloween and Primal Fear, all more or less bands whose music has similarities with the music that Brainstorm plays. Songs like ,,The Pyre’’ and ,,Jeanne Boulet’’ have that epic feel that you are looking for in a melodic power metal song. It is where melody, power and strong musicianship are captured in a solid song construction making Brainstorm sound better than ever. But it is not only these two songs that need to be mentioned. Like I said, there are no weak or even slightly doubtful moments to be discovered on ‘Midnight Ghost’. So if you are a fan of this genre you just can’t ignore ‘Midnight Ghost’!