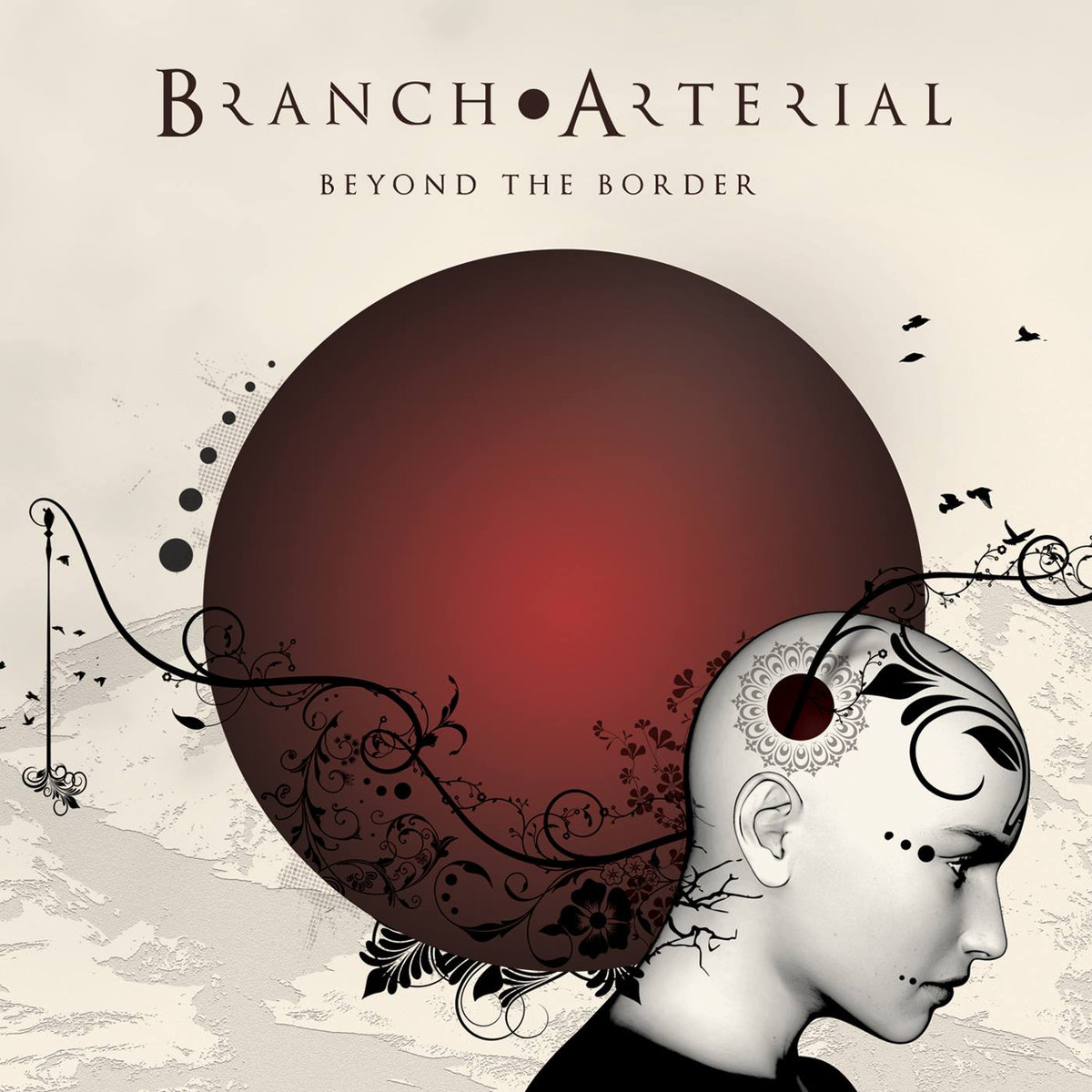 Holy Macaroni!
Branch Arterial really catches fire on their monstrous second album `Beyond The Border’. The album is packed with astounding modern progressive rock crafted around recognizable hooks and melodies. The breaks are steep and the open clean mix of the album adds to the pleasure of listening through this remarkable endeavour. Melbourne based Branch Arterial’s road was paved with anything but gold but all tears and agony is moulded into song spitting rage and agony. Severe accidents and a bone marrow transplant casted a shadow over the band’s past and present.

Ominous outcries of anger-laden packed songs unexpectedly shift in gear and emotion, much in the vein of their recovery and fights. It’s the fistfight magnitude present. Throbbing bass lines go all hyper active and funky in the blink of an eye while the music remains catchy and melodic. Just check out the action packed ,,My Curse’’ with it’s poly rhythmic shuffles and steep cornered riffing. All of this overthrown by the funky cross over bass lines suppressing predictability as a second nature. Mellow sections intervene with the fist-to-mouth power outings and unload into swirling shred board magic. The dynamics are impressive and add up to the energy of the captivating songs on `Beyond The Border’. Digging deep into the well of emotions, the momentum of the songs is ticking tight as a Swiss clock. Over the entire musical extravaganza it’s frontman Nigel Jackson who takes this album into orbit. His vocals are refined and emotional and he belted his performance fighting a life threatening illness. It’s this heartfelt emotion and anger present throughout the album and its draped over each and every track. He switches emotions easily without ever going into screams of anger. It is a withheld power thriving within the melodies and lyrics that dwells onwards in comfort. Lurking to explode, but igniting only with the utmost precision. A sheer melodic outing such as ,,Where I Belong’’ ends in scuffed cacophonic progression towards the end displaying the band’s capabilities as musicians. The thrive rises further on the amazing ,,Circus’’, the melodic dramatic pushed ,,Yake Me’’ with it’s funky bass lines, and modern twisted Dream Theater tinged ,,Dreamer’’. An amazing combustion of power but it doesn’t tilt into aggression. The spark that doesn’t ignite as displayed in the turmoil packed ,,Alone Together’’ and the closing track, are synonym for Branch Arterial’s unique sound. A withheld brooding force waiting to explode. It’s also what makes the band so perfectly unique, if you ask me. Every tune can evolve in different directions with BA navigating. The sonic landscape the band pastes is as rocky and steep as it is wide and serene.
,,New Way Home’’ is the melodic serene single (to be) to win over hearts of a wide audience. The kicks and double kicks are clean and in the front end of the mix, adding up to the crusty clean modern sound of the album. The title track features Australian actress and vocalist Luna Ruggiero, and she does inject the music with an outstanding vibe adding up to Jackson’s vocals.

Branch Arterial delivers a highlight in the genre. Musical diversity and captivating songs, both modern and impressively progressive, are benchmark for the band’s sound. Perhaps the before mentioned ignition of fire and harsher sonic outburst would have made it spit flames more frequently, benefiting towards the overall ambitious reach of the album, it does have its charms adding up to the bands uniqueness. Really, `Beyond The Border’ strikes deep and Branch Arterial strike hard!