BROTHERS OF METAL-Prophecy Of Ragnarök 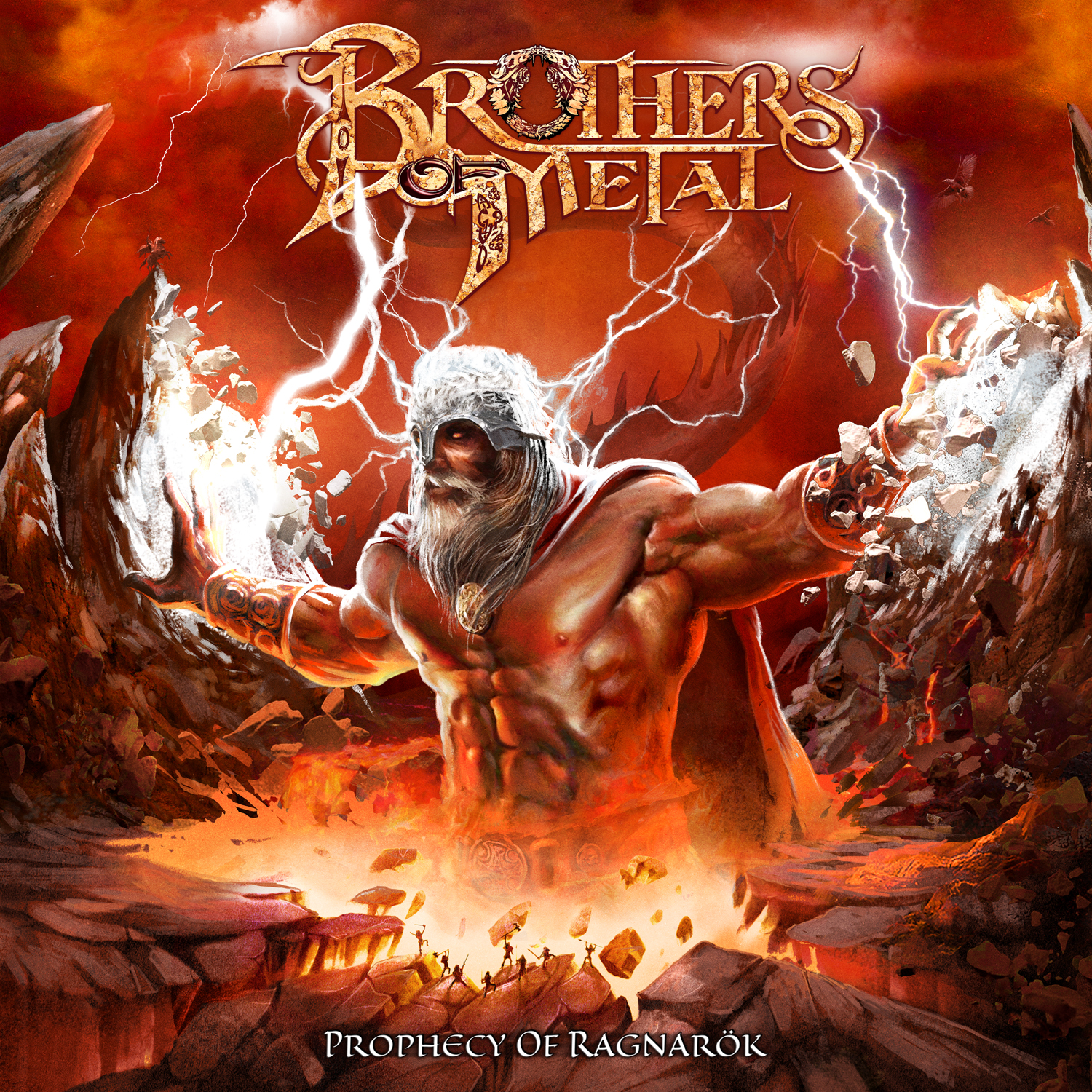 BROTHERS OF METAL-Prophecy Of Ragnarök

No less than 3 vocalists plus 3 guitarists, together with a bass player and a drummer, comprise the line up of Swedish metallers Brothers Of Metal, delivering their debut album on AFM records. An album they released independently last year, if I recall correctly. Eight band members together are responsible for `Prophecy of Ragnarök’, an album celebrating hard rock and heavy metal in general.
Dressed up in Viking outfits, the band doesn’t only grip back to Manowar’s old visual presentation alone, musically the band also seems to be influenced by the oiled up rockers around Mr. DeMaio. The accompanying biography thickens the plot of the 8 Viking warriors from the glorious Kingdom of Falun in the North. The story builds towards the band’s image, but all in all it is quite laughable.

That, lucky for us, doesn’t apply to their music. The heavy metal delivered on this debut is pretty impressive and fiery. Though the lyrics are as laughable as their biography, the band makes and excellent impression on `Prophecy of Ragnarök’. 14 tracks with highly cinematic epic breathe the bands intentions. A thunderous wall of sound, very reminiscent to Manowar’s heyday tracks, and more recently Sabaton, drives the anthemic songs. Emil Wärmedal [bass] and Johan Johansson [drums] deliver a loud and profound heavy foundation. Double bass whips forward in galloping speed frequently. The wall of guitars pulled up by the triple axe attack of Dawid Grahn, Pähr Nilsson and Mikael Ferm is astounding and varies with hook-laden riffs. Melodies are embedded in the well-crafted songs and solos are impressive at times. The interaction between the female voice and both male vocalists is adding to the experience of the storytelling rustic Viking thematic. Especially Ylva Eriksson delivers an impressive job. Her voice is powerful and melodic and she easily adjusts to the demanded pace and tenor of the tracks. She ranges from high pitched to low regions and yje’s overall alto delivery is spot on. It contrasts deeply with both male vocalists, Joakim Lindbäck Eriksson and Mats Nilsson, of whom Joakim is mainly roaring with thunderous low register, which at times isn’t doing justice [,,Son of Odin’’] to the solid heavy metal tracks. Nilsson appears to be the narrator of the songs mainly and adds to the larger than life choruses and bridges. The album rolls forward with high pace and is packed with action front to back. Though the vocal abilities of Joakim ruin my listening experience frequently, and the tacky lyrics also have snigger often, the album is a solid delivery of classic metal, not to say “Scandi Viking metal”. Cinematic tracks like ,,Defenders of Walhalla’’ likely have fists pumping the air at the big European metal festivals such as Wacken Open Air, Bang Your Head and Sweden Rock. The added folk [,,Tyr’’] elements and frequent chants [,,Siblings of Metal’’] add to the sonic palette of the band. Very cinematic is the narrated piano interlude ,,Concerning Norms”, opening towards the evenly atmospheric Yggdrasil, which displays Ylva’s wide range. Unfortunately, Joakim also adds his ‘skills’ ruining it for me. Though he’s less violently tearing down the choruses but his delivery during the intimate refrain simply doesn’t do it for me. As the album evolves, I’m impressed by the symphonic and epical crafted tracks, as well as Ylva’s pristine vocal abilities. Disturbing however is the fact that I’m getting more annoyed by Joakim’s grunts as well. And that’s a shame.

Brothers Of Metal’s debut offering is a solid release for fans of Manowar, Sabaton, Hammerfall, and other true metal acts. For a debut the confidence of the delivery is impressive and the interaction of vocalists works. It adds a dimension to the epic symphonic songs, but to me it also opts as a turn off unfortunately. The music and skills are excellent and this band will surely find its way to the fans. I’m just not one of them…