BRUCE DICKINSON-Scream For Me Sarajevo 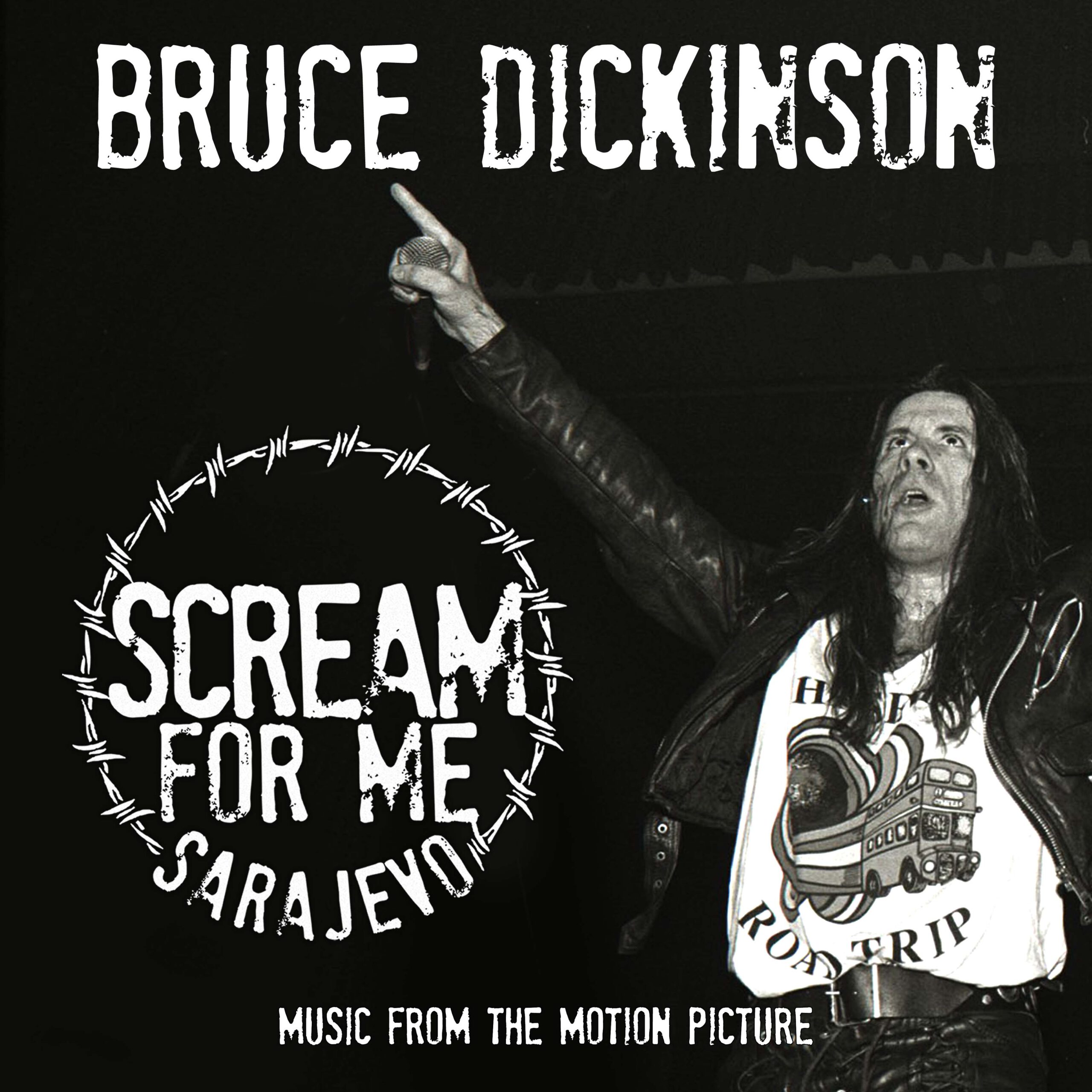 BRUCE DICKINSON-Scream For Me Sarajevo

About 25 years ago Iron Maiden singer Bruce Dickinson was for a few years not involved with the band as he was not too happy with the musical direction pointed out by Steve Harris and the fact that the song material that Bruce brought to the table was seen as not good enough. So Bruce left to do his own thing before returning to the band in 1999. Bruce worked together for a while with talented guitarist/producer Roy Z who at that period had a latin rock band called Tribe Of Gypsies (with the fantastic singer Dean Ortega) and before that and later on he worked with the band Driver with singer Rob Rock. Roy Z also collaborated on material with Rob Halford. Bruce released several solo albums including, ‘Tattooed Millionaire’  ‘Balls To Picasso’, ‘Skunkworks’ and ‘Accident Of Birth’ to name the most important ones. During the Bosnian War in 1994 Bruce received an offer for a live concert in Sarajevo that was in the middle of the warzone. Bruce went with his band mates from that time, right through the fighting riding in a lorry and did a show in a club. The war and the circumstances made a big impression on the singer. A documentary was made and years later Bruce went back to Sarajevo to see how things had developed. With a film/documentary that is currently showing in cinemas you have to have music of course so this CD is a compilation of several of Bruce’s solo albums. I must say that on his own albums Bruce was able to show a lot more of himself. His vocal range is huge, but with Iron Maiden he always seems to have to use that high pitch. On his own albums he has showcased other ranges of his voice, mid and low range, the ability to do something acoustic and add more melody, sensitivity and diversity to his music. That is the main reason that when I want to listen to his voice I rather take a ‘Ball To Picasso’ or ‘Skunkworks’ to the CD player or turn table then a regular Iron Maiden release. It may sound strange perhaps but there you have it. This compilation has only a few tracks that may be ‘new’ to the listener although most material has been released before like as a bonus track on a Japanese version on one of the solo CD’s. But as a compilation and as soundtrack for the documentary/movie it does give a clear and good picture of what Bruce Dickinson is all about. Take for instance opener ,,Change Of Heart’’, a Roy Z song that also appeared on the 2008 Driver CD ‘Sons Of Thunder’. A sensitive Bruce can be heard on that one, a more familiar Bruce is featured on the known romper stomper ,,Road To Hell’’. This compilation just has all the different layers in Bruce’s voice on offer. Of course, the fanatic Maiden follower (and there are still many of them around) for sure has all of the solo albums of Bruce but for those who have not ‘Scream For Me Sarajevo’ is a unique possibility to grab ‘the best of Bruce Dickinson solo’ and add it to the collection. Maybe Bruce it is time for you to yet again come up with a new solo album, I mean he has written a book, presented a radio show, can handle a sword, flies huge aeroplanes like ‘Ed Force One’, writes scripts, brews his own beer and sings in one of the best metal bands in the universe. A jack of all trades, so a new solo album should be a piece of cake for him….