BURNING WITCHES-Dance With The Devil 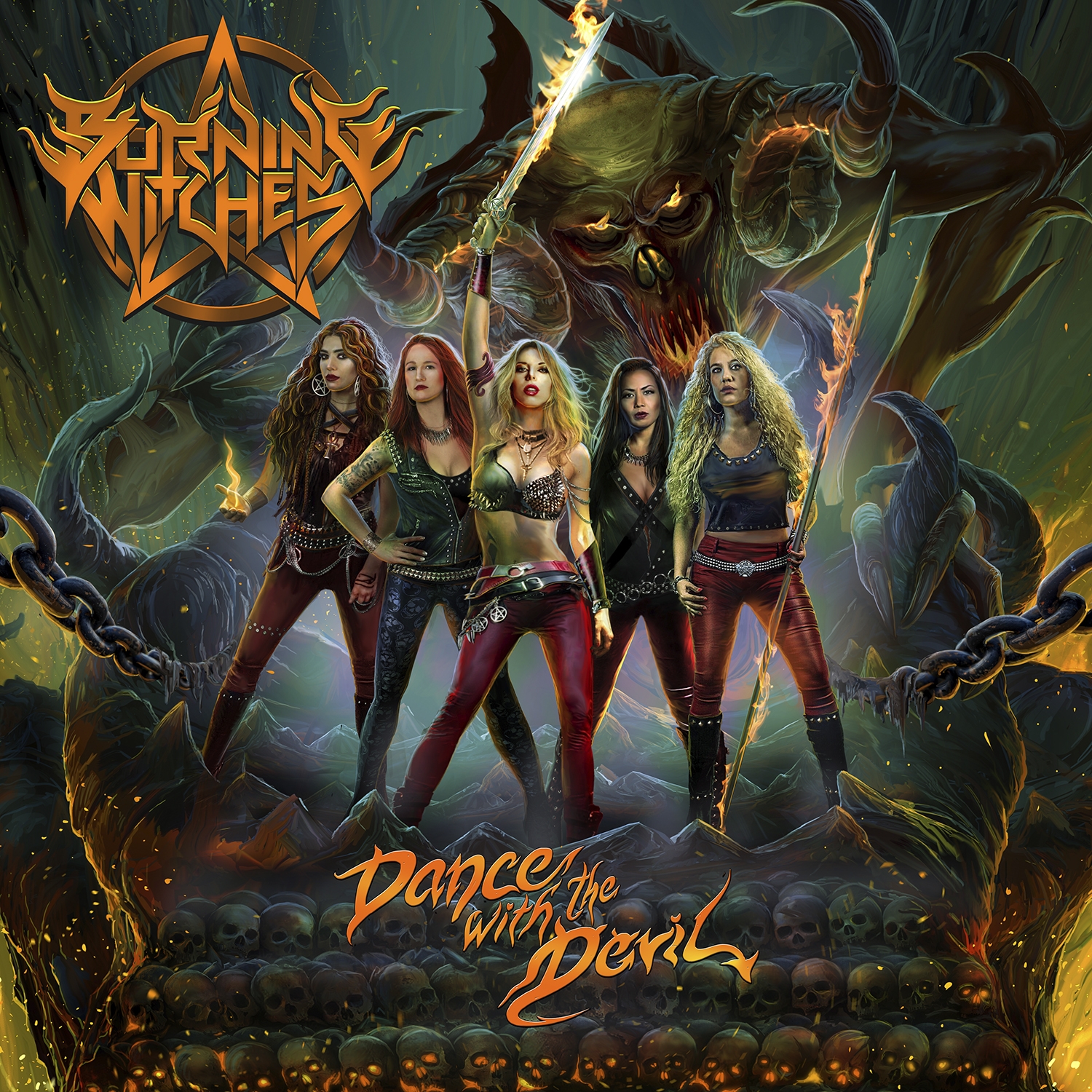 BURNING WITCHES-Dance With The Devil

Burning Witches, the all-female metal band hailing from Switzerland, released their 3rd album called ‘Dance With The Devil’ on 6 March and it is a typical eighties backdrop metal album. ‘Dance With The Devil’ contains eleven new songs and one cover, namely ,,Battle Hymn”, an old Manowar track from 1982. Ever present influences like Priest, Dio, Primal Fear and Maiden still “dominate” the sound of these metal witches; just listen to strong tracks like ,,Lucid Nightmare”, ,,Wings Of Steel”, ,,Sea Of Lies” and the title track. Their generic heavy metal sound almost takes you back to the glorious metal eighties and your head keeps banging along to anthemic metal songs like ,,Threefold Return” or ,,The Final Flight”, the latter even sounds like a hair metal song. Of course Burning Witches do not leave out the obligatory metal ballad, which is called ,,Black Magic” and it is a decent ballad, nothing special but the vocals of the new singer Laura Guldemond are excellent; by the way Laura is Dutch…. The longest track of this album is the Manowar cover ,,Battle Hymn” and although I prefer the original version, Burning Witches do a decent job with assistance of Ross Friedman (guitars) and bass player Michael Le Pond of Symphony X.

Overall; I can say that ‘Dance With The Devil’ is a solid heavy metal album, no more and no less. For maximum enjoyment play it LOUD, listening tip: ,,Sea Of Lies”.