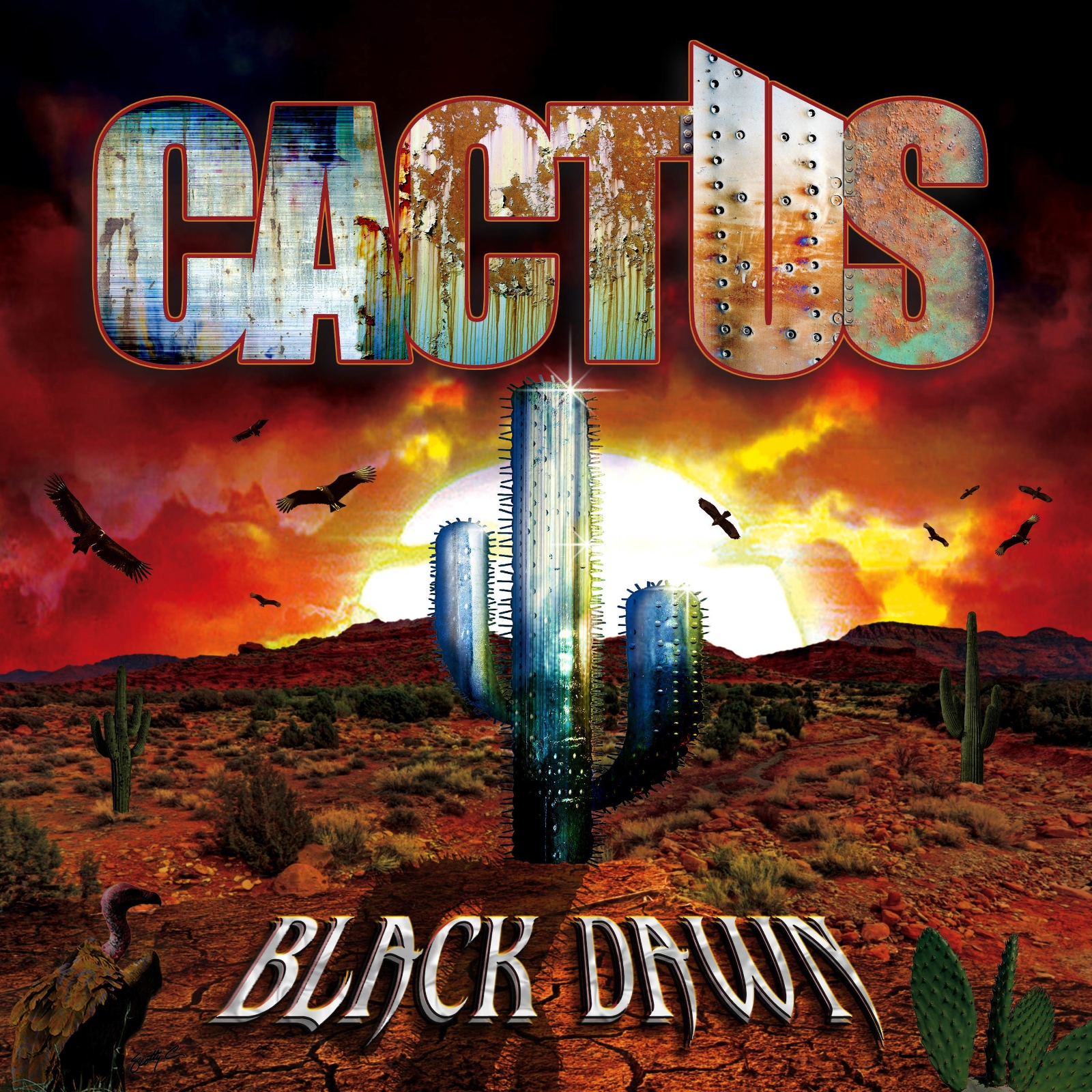 December 1, 2016 by Michel van de Moosdijk - More about our team

The original plan in 1969 from drummer Carmine Appice and bass player Tim Bogert (both playing in Vanilla Fudge) was to form a band with guitarist Jeff Beck and singer Rod Stewart. Beck had a car accident and was out of the running for a while. Rod Stewart joined The Faces (Ronnie Wood). Later Beck, Bogert and Appice got together and Appice was for some years part of Rod Stewarts band (in the middle of the seventies), co-writing the hit ,,Do Ya Think I’m Sexy’?’ with Stewart. Instead of Beck and Stewart Bogert and Appice got together with guitarist Jim McCarthy and singer Rusty Day (ex-Amboy Dukes) to form Cactus. The band only existed for a few years but made an impact with the albums ‘Cactus’, ‘One Way…Or Another’’ and ‘Ot ‘N’ Sweaty’ before breaking up, reaching a sort of a cult status. About ten years ago the band came together again without Day (who was murdered in 1982 in his own house together with his son, a never resolved crime). Ex-Savoy Brown vocalist Jimmy Kunes took his place. The band released ‘Cactus V’. Since then the band has been off and on, members leaving and coming back. The group has now released a new CD called ‘Black Dawn’ with eight new tracks and two tracks with Rusty Day that were kept in the vault by Appice. Bogert retired in 2011 from touring so the current line-up is Appice, Kunes, McCarthy, bass player Pete Bremy and Randy Pratt (on harp). A long story in a nutshell! ‘Black Dawn’ is good people, damn good. If you are into good old rock and roll, with a lot of groove and bluesy and even some southern rock influences, I can only say that ‘Black Dawn’ might be your album to own. Kunes has that typical gritty voice that seemed to have been nurtured (or tortured) by gallons of whisky. He really kills it on the tracks ,,Black Dawn’’, ,,Mama Bring It Home’’ and ,,Dynamite’’. Pratt blows his harmonica like a man possessed, but over all his parts on the album are not big. That Cactus has not changed much in style becomes very clear when the vault opens and the instrumental rocker ,,Another Way Or Another’’ comes out. Groovy stuff, just like the new material. The band has kept the best for last, a monster blues rocker called ,,C-70 Blues’’, heavy as fuck, sounding like it has been recorded in a swamp and Day blasting through the guitar foundation and ultra heavy drums and bass parts. This is heavy blues at its best! Yes boys and girls, these veterans have still got it! Hopefully we will not have to wait another ten years!