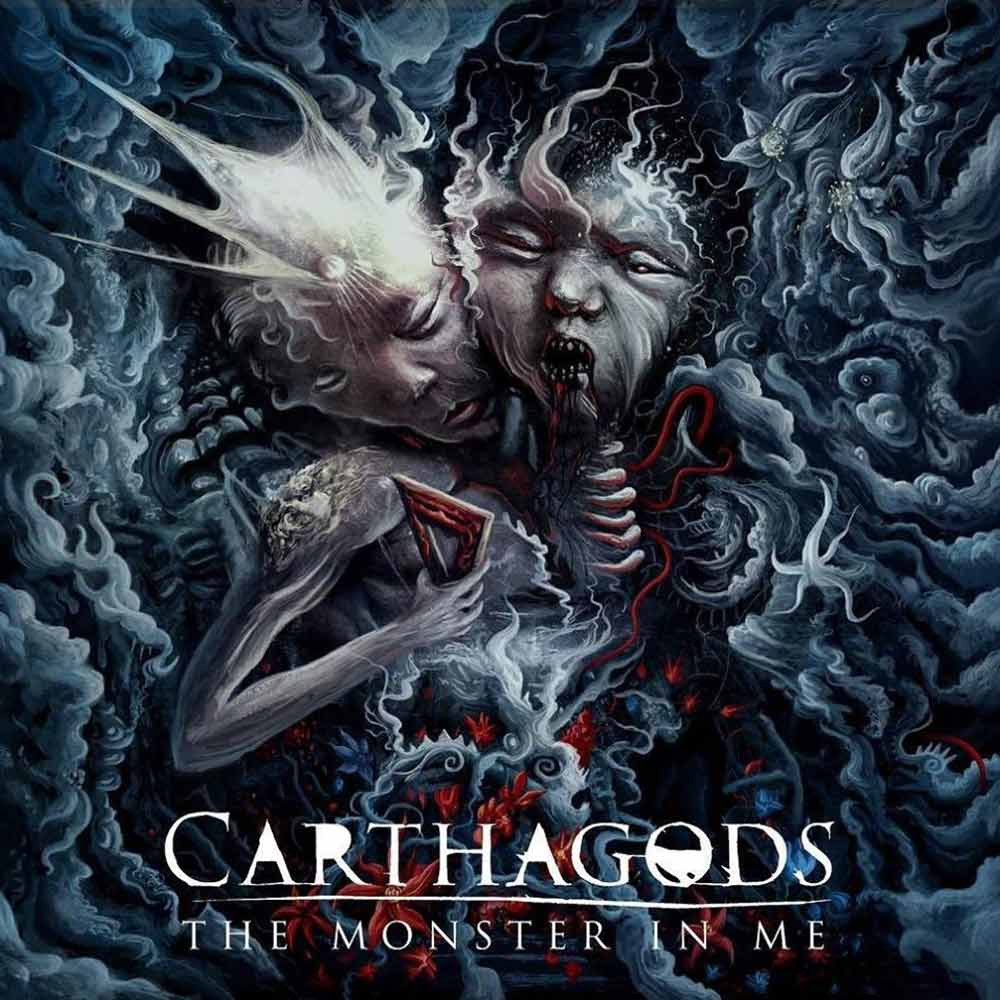 ‘The Monster In Me’ is the second release from this Progressive Power Metal ensemble from Tunisia. At least the fast majority of Carthagods because there is a Dutch connection to be found on this album.
On the band’s self titled debut from 2015 we could enjoy the contribution of Marcel Coenen (Sun Caged, Ayreon), on the new one we can not only hear the thundering guitars of Timo Somers (Delain, Vengeance), because he now fills the guest spot, but he also took care of the production and arranging duties. The mixing was very well done at Mantis Audio (Delain).
This album comes with 5 new songs: ,,Whispers From The Wicked”, ,,The Monster In Me”, ,,The Devils Doll”, ,,The Rebirth” and ,,Cry Out For The Land”, 2 re-worked songs: ,,A Last Sigh” and ,,Memories Of Never Ending Pains” from the debut plus an orchestral version of ,,The Rebirth II”.

The opening track ,,Whispers From The Wicked” starts with a killer, Judas Priest like, riff. Vocalist Mahdi Keham gets some help in the grunting department from Mikael Stanne (Dark Tranquillity). This song, like most of the songs, is a great power metal song, that has some progressive elements to it; not as a main ingredient but more as icing on the cake.
Title track ,,The Monster In Me” opens with melodies that hint to the band’s heritage and unfolds in a bombastic mid tempo killer track. Both Tarak ben Sassi and Timo Somers are blasting through the speakers with their guitar work: killer riffs, great guitar harmonies  and explosive solo’s. ,,The Devils Doll” is a slow monster with a heavy mid section, while ,,The Rebirth” starts as a power ballad that slowly unfolds into a mid tempo progressive power track. Here and there I can hear some Evergrey influences, but I think that is mostly the fact that lead vocalist Mikael reminds me of Tom Englund. ,,A Last Sigh” is the first of the re-worked songs from the debut album. Yet again a slow moving monster of a track, with a grunting midsection courtesy of Epica’s Mark Janssen. The new approach really works out. Compared to the version on the debut, this version really shows the potential of the song. ,,Cry Out For The Land” to me is the most progressive song on the album. Second re-worked song on the album is the 7 minute long power ballad ,,Memories Of Never Ending Pains”. Same as on ,,A Last Sigh” the new recording makes a huge difference. The production, the overall sound and the details add so much to the song that the original version sounds like a demo. Last song on the album is the orchestral version of ,,The Rebirth II”. Besides being done beautifully this doesn’t add something special to the album, because it is a different kind of monster.
Don’t get me wrong, I absolutely love these orchestrated songs, but I would have loved to hear another powerful Carthagods song instead this one.


If you are into a great new (progressive) Power Metal recordings and you have not heard of this band yet my suggestion is to check this one out. The band took a major step forward since their 2015 debut. Great job.