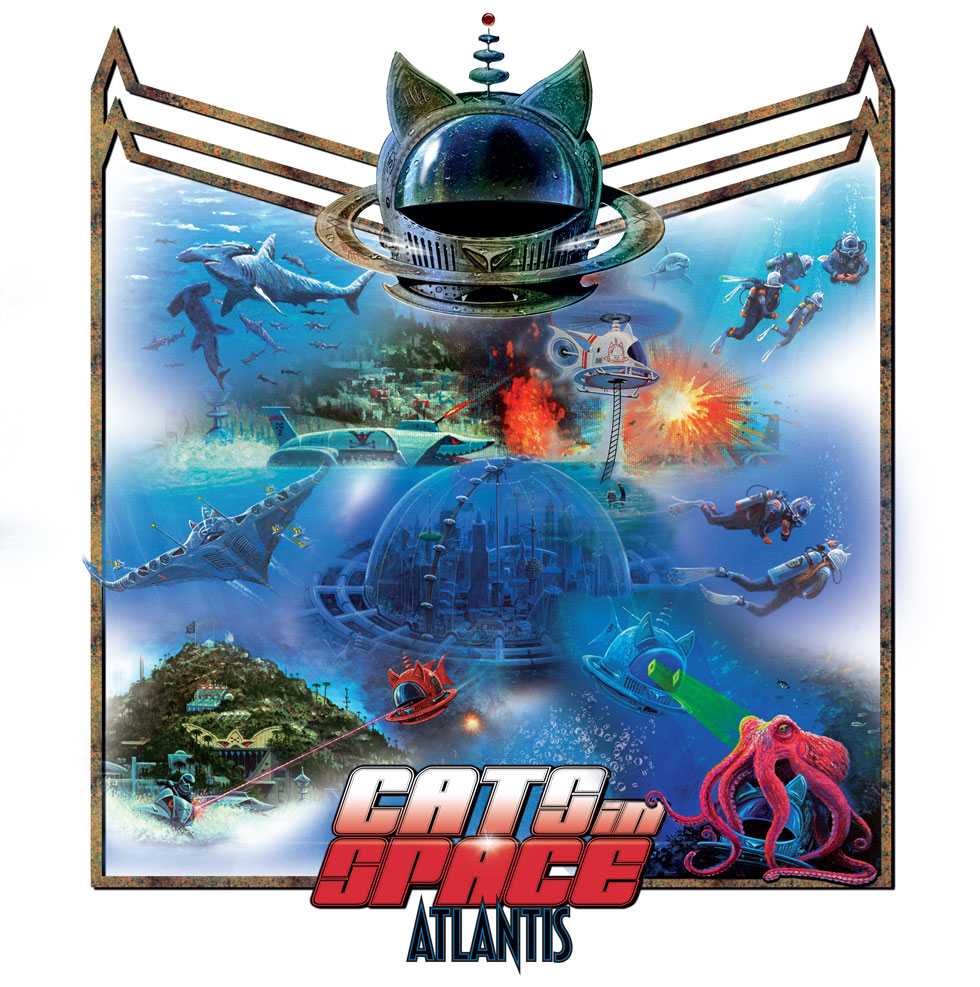 One of the best hidden treasures of the UK is for me Cats In Space. All three of their studio releases are prime examples of excellent rock music with lots of different influences, big and bright vocal arrangements and the band around guitarist/producer/main composer Greg Hart would throw in some light pop and progressive rock pieces as well, creating a style of their own in my honest opinion. A big role was reserved for vocalist Paul Manzi and I was unpleasantly surprised to find out that shortly after the release of their third album ‘Daytrip To Narnia’ he left the group. Manzi recently was involved with the latest Ayreon opus ‘Transitus’ and I believe he also sings for the seventies rock/pop group Sweet with Andy Scott.

Cats In Space found a replacement in the person of Damien Edwards and as soon as the fourth album kicks off with ,,Spaceship Superstar’’ (after the instrumental intro ,,Dive!’’) there already can be no doubt. Edwards is an excellent replacement who brings even more power and reach to the Cats In Space music. The man has got superb pipes! What I have always loved are those big choruses, the vocal layers and excellent back ground singing arrangements plus the fact that the group has the capacity to incorporate certain Queen and The Beatles elements in their sound while staying original. Also on ‘Atlantis’ those specific subtle elements are there without taking the overhand. This band is a complete force on their own. What also strikes me is that ‘Atlantis’ has more dynamics and colour than ever before. Big keys, a playful piano, a driving rhythm section and two heavy guitars, the already mentioned adventurous vocal arrangements and very good compositions that have a lot of variation indeed…. It is all there on songs like ,,Sunday Best’’ (with a slight poppy character), the hard rocking ,,Spaceship Superstar’’, the upbeat ,,Listen To The Radio’’ and the very melancholic tune ,,I Fell Out Of Love With Rock ‘n Roll’’. They are just a few examples of highlights present on this album.

In fact all songs on ‘Atlantis’ are classy as you will find out for yourself when you check this one out. It has got all the trademarks of a classic album but because of the dynamic performance and the superb sound ‘Atlantis’ is also a very modern album. Cats In Space are one of the best bands the UK has on offer at this moment and it seems that these guys keep challenging themselves for each album to find more colour, brightness and adventure to be added to the songs. It is what they call developing your skills and that is exactly what the group has done on ‘Atlantis’. Absolutely out of this world! That is four aces of studio albums plus a dynamic live CD in their catalogue, all really must have material for somebody who calls himself or herself a fan of melodic rock.