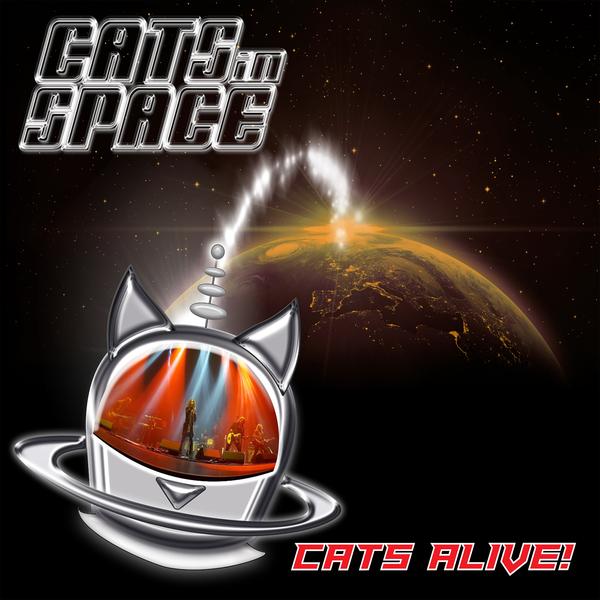 When Thunder recorded and filmed their latest release ‘Stage’ at the Motorpoint Arena in Cardiff somewhere in March 2017 it gave their support act for the day Cats In Space an unexpected opportunity to record their show as well. The mobile studio was there so why not take that chance?! After the recordings the band and record company decided to wait with the release as Cats In Space was just releasing their second studio effort ‘Scarecrow’ around that time and what an astonishing record that turned out to be. As is ‘Cats Alive!’ As support act the band was limited in their playing time and that explains why this CD just has 35 minutes of music on offer. When I bought this live CD my main question was: how are these guys going to perform on the vocal front? If you are familiar with both studio records you will know that Cats In Space experiment a lot with vocal layers and back ground choirs making their melodic rock extra adventurous as their vocals on both CD’s are just exceptional. Well, they do not disappoint. It is just amazing how these guys execute on the vocal department. Lead singer Paul Lanzi sounds great as do his band mates. This CD has been produced by the same people that did the ‘Stage’ recordings for Thunder and it is clear that Cats In Space were given an all access to sound and stage. Most songs are from ‘Too Many Gods’ with tracks like ,,Only In Vegas’’, ,,Mr. Heartache’’ and ,,Last Man Standing’’ sounding superb, colourful and reasonably force full as well. All instruments sounds as clear as the deep blue sea with especially the keyboards of Andy Stuart coming out strong. Can’t wait to hear what these English cats have in store for us in the near future. Three releases so far and all of them excellent!