CATS IN SPACE-Daytrip To Narnia 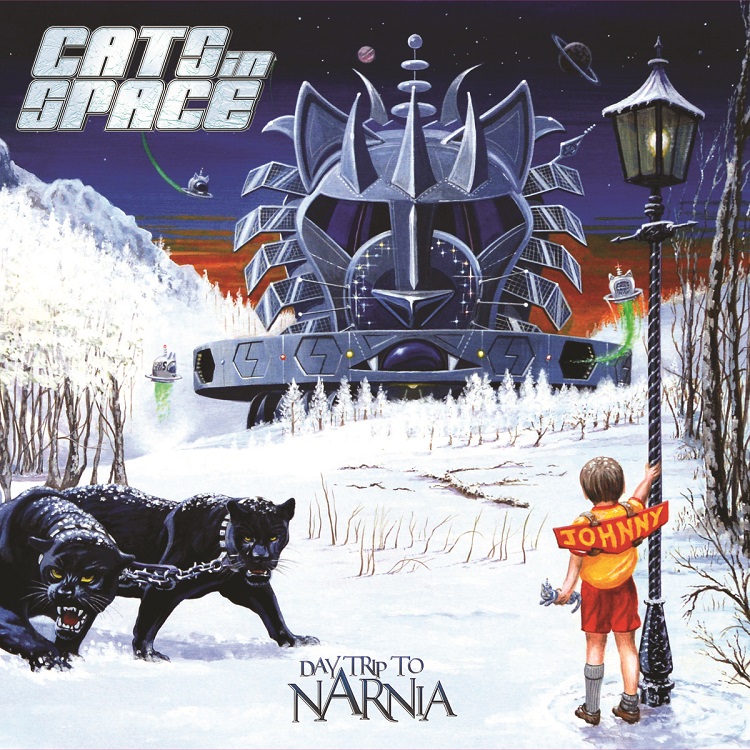 CATS IN SPACE-Daytrip To Narnia

Ever since their arrival on the rock scene in 2015 Cats In Space from England has been a talking point. On their 3rd studio album the six piece outfit plus producer/extra vocalist and synthesizer wizard Mick Wilson yet again have created some more musical outrageousness. The style of this band can be seen as a seventies rock potpourri including elements from Queen, Electric Light Orchestra, Pink Floyd, Deep Purple that are all thrown in a bag and after some shaking and stirring a Cats In Space rock style is the final result. Big vocal harmonies go hand in hand with moody songs that can be heavy at times of very subtle and melodic. You just don’t know what guitarist Greg Hart [the main song writer] and singer Paul Lanzi have cooked up. It is a strange but most enjoyable brew that is of interest to people that are into progressive rock, AOR, heavy rock, power pop rock and symphonic rock. They are all styles that have been sown together by this remarkable band that supported Thunder on their ‘Rip It Up’ tour in the UK and on that tour managed to record seven songs for their 2018 release EP/CD ‘Cats Alive!’ proving that this complex style of rock can be brought to the stage as well. If you have their first two records ‘Too Many Gods’ and ‘Scarecrow’ in your collection you will have some decent idea what ‘Daytrip To Narnia’ has in store for you. More of the same outrageous and vibrant cocktail that tastes so good. With a bit of imagination you can divide the CD in two parts. The first part features the more ‘regular’ tracks but they are all full of twists and turns as is the style of this band. The second part features the journey of a boy called Johnny Rocket. His journey is captured in a handful songs that [as usual] go all over the place, from an orchestrated overture, a song that flirts with a sort of a disco beat [,,Thunder In The Night’’] to a closing song with a poppy structure. I find the whole package quite fascinating as these musicians never ever choose the obvious route. Everything is worked out to perfection but still Cats In Space with their playful way of putting their music across sounds spontaneous all the way. Never ever you have the feeling that this band sounds forced or non-accessible. Pretty sure that people who like a bit of imagination and adventure in their music will enjoy their ‘Daytrip To Narnia’.