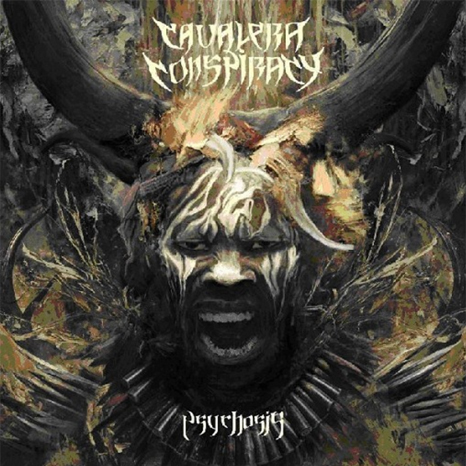 It is already been a decade since Max Cavalera parted ways with his former band and iconic metal group Sepultura. Fans around the globe were always hoping for a reunion of the classic line-up, even though the bands legacy have been carried well with ”new“ singer Derrick Green who is now longer with Sepultura than Max ever was. So the question is: do we really want this reunion or should we let it rest? Well, this review is not about Sepultura, but it is impossible to not going back where it all began while listening to a brand new musical output of 50% of the Sepultura original line-up: the Cavalera brothers. When the news came out in 2007 that Max and his brother Iggor are doing music together, the metal world was excited and the debut album ‘Inflikted’ sounded fresh and absolutely amazing. While dancing on so many weddings (Soulfly, Cavalera Conspiracy, Killer Be Killed,…) Max became a production company for heavy riffs with new releases almost every year. And here’s the thing with it, to me it all sounds the same. Soulfly kinda lost its roots metal after the first two albums, Cavalera Conspiracy sounds like a helpless, try to move back to the old days of Sepultura. Don’t get me wrong, I’m not saying Max Cavalera‘s music isn’t good, all I’m saying is, he might want to focus on one thing and make it amazing instead of just good. Well, classic metal fans will probably love the new Cavalera Conspiracy album as it is typical Cavalera music, but I doubt if this record will be taken from its shelves ten years from now and be called an epic masterpiece