CHALICE OF SIN-Chalice Of Sin 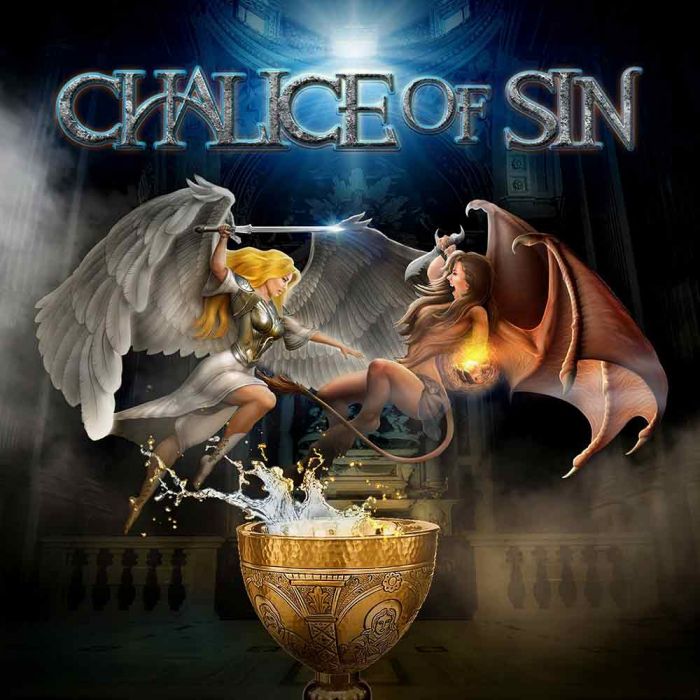 CHALICE OF SIN-Chalice Of Sin

Former Crimson Glory, Seven Witches and Leatherwolf singer Wade Black (who also had a guest role on the ‘Brute Force’ album by Ian Parry’s Rock Emporium 2 returns to the melodic metal front with a new project.

When contacting the Frontiers label a predictable liaison with staff producer Alessandro Del Vecchio was established and the busiest musician/producer in the world contacted Danish guitarist Martin J. Andersen (Blindstone/Meridian) and drummer Mirkko De Maio to help out with this record. Especially getting Andersen involved was a good move by Alessandro as the man from Denmark added some robust guitar work to the album that is a combination between melodic heavy rock and a slice of heavy metal.

With the music is nothing wrong as this outfit has written some good tunes with the necessary power and glory. But the big problem is Wade Black himself. It has been some twenty plus years since his involvement with Crimson Glory (the ‘Astronomica’ album) and the man has stayed active since then, but time has been not so kind on his vocal chords it seems. His high pitched singing gets on my nerves from the first note of opener ,,Chalice Of Sin’’ and it stays that way throughout the whole record. Wade Black does not sound as bloody irritating as Michael Sweet on his recent album with Tracii Guns but for me he just does not cut it on this record. That is quite a pity as the songs and sound are in general pretty good while Andersen at stages really impresses and proves that he can play a different genre than just classic rock and blues but his heroics do not save the album completely.