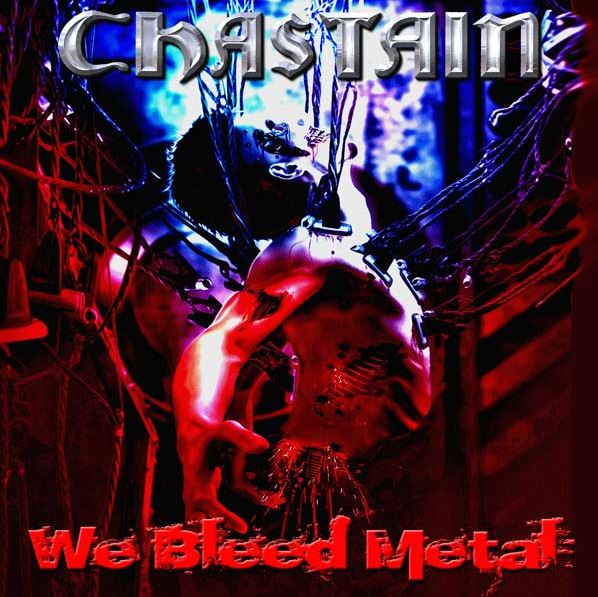 Guitarist David T. Chastain pounded the world with band albums like ‘Mystery Of Illusion’, ‘Ruler Of The Wasteland’, ‘The 7th Of Never’, ‘The Voice Of The Cult’ and ‘For Those Who Dare’. On top of that he released several solo records. But it was the band Chastain that raised eyebrows in a positive way some 25 to 30 years ago. David’s shredding guitar parts were excellent, but it was female singer Leather Leone who caught our attention. Her voice was as rough as 40 grit sandpaper and boy, what a volume this chick produced! In 2013 the group made a comeback with ‘Surrender To No One’ and now we have ‘We Bleed Metal’. If you are familiar with the music of Chastain, then ‘We Bleed Metal’ offers basically more of the same. David T. Chastain has a certain blend of metal with the emphasis on power, strong riffs, blistering solos and the already mentioned Leather Leone who has not lost anything in 30 years. Her voice is still as gritty and ‘in your face’ as in the past. Chastain has always put some neo classical influences in his music/guitar parts. ‘We Bleed Metal’ has them as well (the intro of ,,I Am A Warrior” is an example).  Bass player Mike Skimmerhorn (from the original Chastain line up) and the new skin beater Stian Kristoffersen provide a solid background. ‘We Bleed Metal’ might not provide you with new musical elements, but is in more ways than one an example for what the band Chastain stands for: raw power. Chastain still kicks ass!