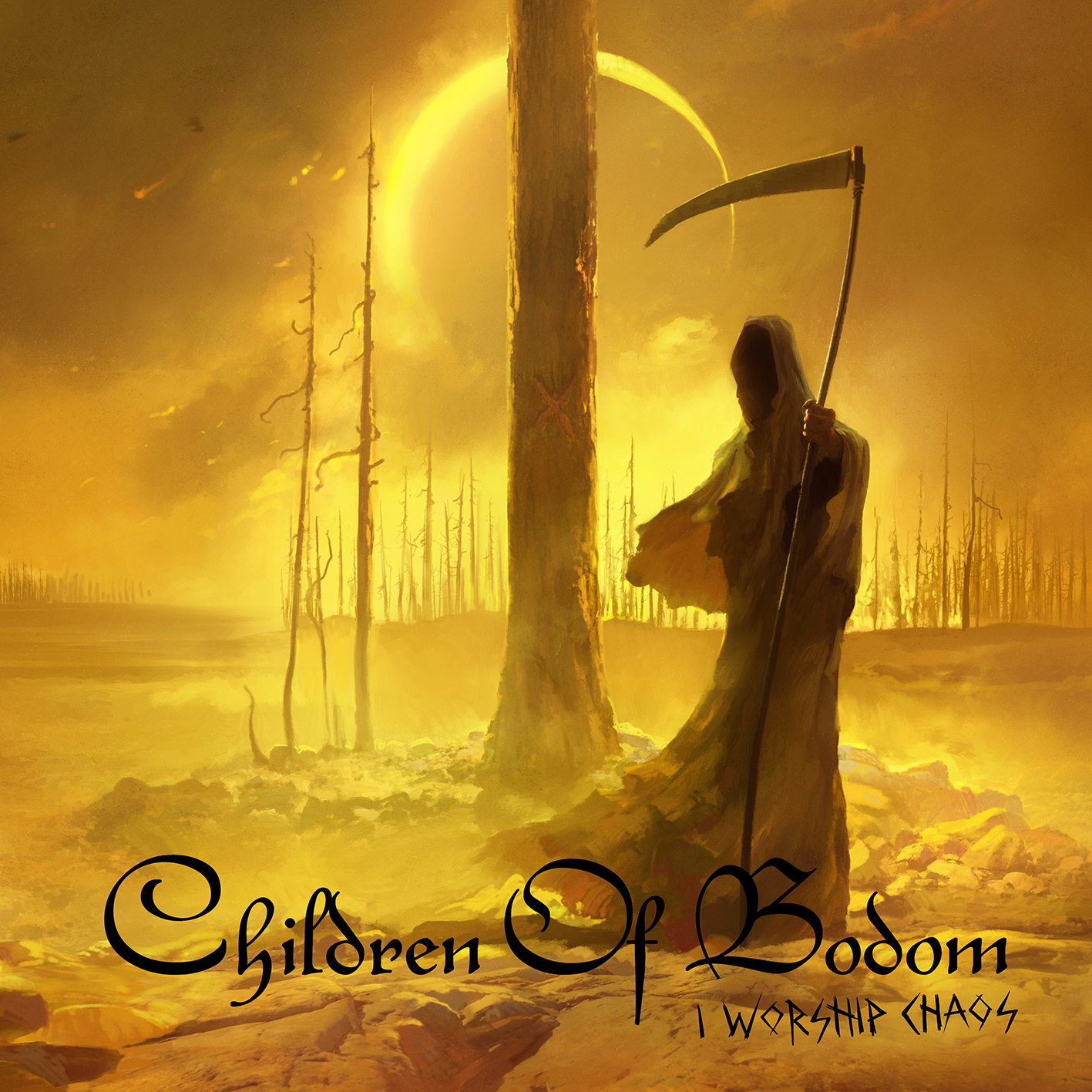 `I Worship Chaos’ is the ninth album of this Finnish melodic death metal band. Because their second guitarist Roope Latvala left earlier this year singer Alexi Laiho is responsible for all guitar parts as well as singing. Children Of Bodom was founded back in 1993 and when they were still teenagers they released their debut album `Something Wild’ in 1997. They evolved into a force to be reckoned within the melodic death metal genre and with `I Worship Chaos’, gloomier and catchier than its predecessor `Halo Of Blood’, they again raise the bar. Opening song ,,I Hurt’’ has a catchy chorus as has the single  ,,Morrigan’’. ,,Horns’’ is a bit of an old school death metal song while ,,Prayer For The Afflicted’’ has a very dark vibe and ,,Hold Your Tongue’’ simply rocks. The title track is thrashy with an over the top keyboard solo and funny ending in which the guys show that they don’t take themselves too serious. ,,All For Nothing’’ contains a catchy guitar melody and prominent keyboard solo by Janne Wirman. Not unfamiliar with covering songs (listen to `Skeletons In The Closet’ they made in 2009) the deluxe version of  `I Worship Chaos’ contains three extra tracks, ,,Mistress Of Taboo’’ (Plasmatics), ,,Danger Zone’’ (Kenny Loggins) and ,,Black Winter Day’’ (Amorphis). The Children Of Bodom are grown-ups now.