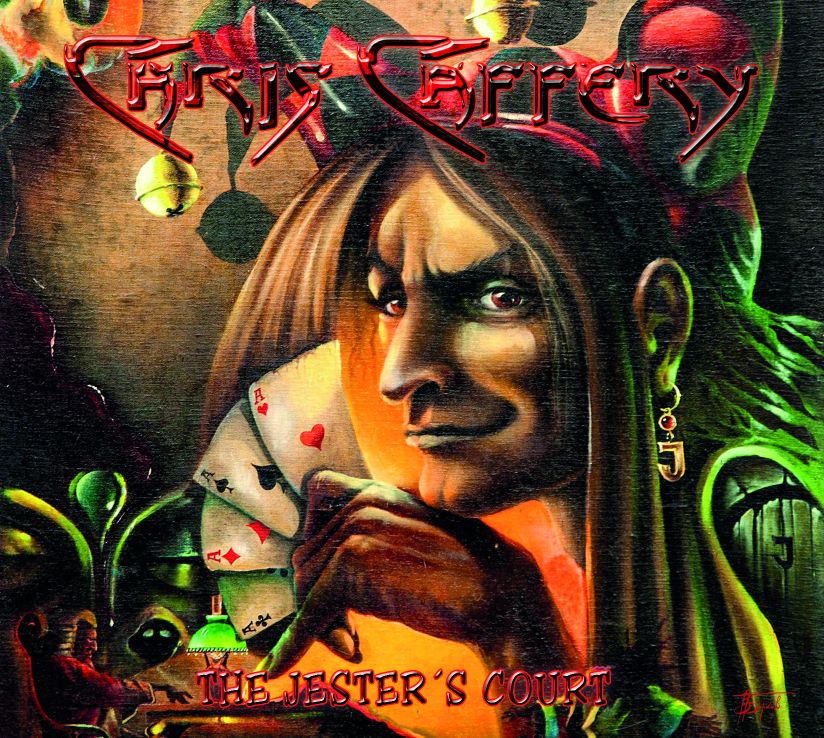 He has been around for quite some time now and built up a name for himself as a guitarist for Savatage and TSO (Trans Siberian Orchestra). Plus he recorded five solo albums excluding his new one ‘The Jester’s Court’. Not every musician that started out as a guitarist makes a successful transition to be a singer as well. On this by Caffery produced, arranged and written CD there are quite some guests to be found but not one vocalist is to be seen or heard. Chris Caffery sings himself and he is the living proof of what I just said. He has not done himself  (or us) a great favour by singing his own songs. It is understandable, as he has got the best idea on how the songs should sound, but in this case things just have not worked out. His vocal range is just too limited (he sounds a bit like Alice Cooper looking for his voice on a misty Monday morning) and that has brought unrepairable damage to ‘The Jester’s Court’ that is filled with very decent heavy rock and metal. The instrumental parts are more or less acceptable and in some cases quite good although there are a few fillers as well like the half baked ballad ,,Protect My Soul’’. Several TSO friends and fellow musicians like guitarist Joel Hoekstra, bassist Tony Dickinson plus drummer Brian Tichy and keyboardist Alessandro Del Vecchio have helped out, so it is not that ‘The Jester’s Court’ has nothing to offer. Take for instance the excellent instrumental ,,Luna Major’’ that just kicks ass. At the end of the day though the CD is very dependable on the excellent guitar work throughout but for me that is just not enough to give this sixth CD of Chris Caffery the full thumbs up.