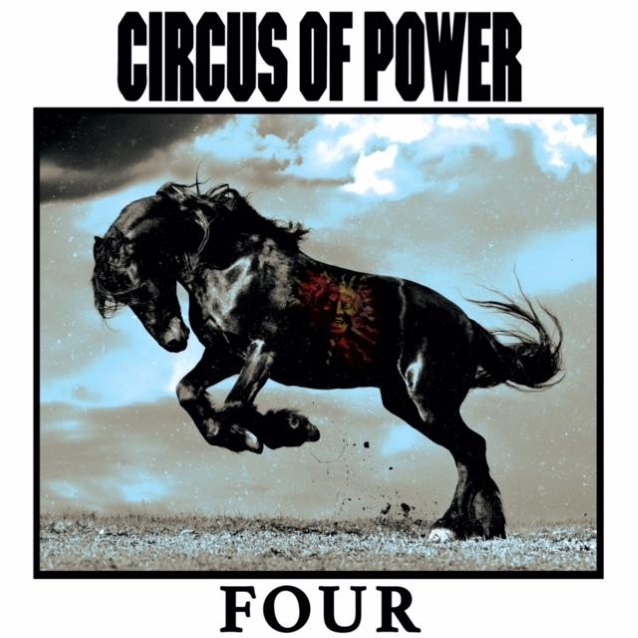 Noize In The Attic Records

The biker rockers Circus Of Power are making a comeback 24 years after their latest studio CD ‘Magic And Madness’. The band around singer Alex Mitchell started out in New York but relocated to Los Angeles signing with RCA in a time that Guns N’ Roses and cohorts were breaking through. Circus Of Power rode along on that wave with the CD’s ‘Circus Of Power’, ‘Vices’ and ‘Magic And Madness’ plus a 1991 live CD. The music was rough and ready with the band sounding like a cross between Little Caesar, Rose Tattoo and the Gunners. Some years ago their records were re-issued by Rock Candy, leading to some reunion gigs and now even a CD. Alex Mitchell is still there as the voice and charismatic leader of the band together with guitarist Billy Tsounis, bassist John Sharkey and former Kyuss and Fu Manchu drummer/producer Brant Bjork. The cheeky biker rock is still there on the songs ,,Fast And Easy” and ,,Hard Drivin’ Sister’’, two hard rocking tracks. I am strapping myself in for a wild ride but soon come to the conclusion that for some time on this album Circus Of Power struggles to find the right gear. From the 14 songs on the album there are some there that are slow, boring and right down ugly (,,Half A Dozen Roses”, ,,Princess Of Mars’’) before the band rocks again with ,,American Monster’’, ,,Hot Rod Girls’’, ,,Blood At Standing Rock’’ and ,,Come Git Some’’, where the group really sounds overwhelming and ‘old fashioned’. Alex Mitchell sounds okay on most of the tracks but also the singer has clearly trouble switching into overdrive sometimes. Normally when a CD has a lot of songs it could be a good thing but in the case of ‘Four’ there are too many fillers present. If they would have cut it to ten tracks ‘Four’ would have been a worthy comeback, now it sounds some of the time as a Harley Davidson that is due for a service.