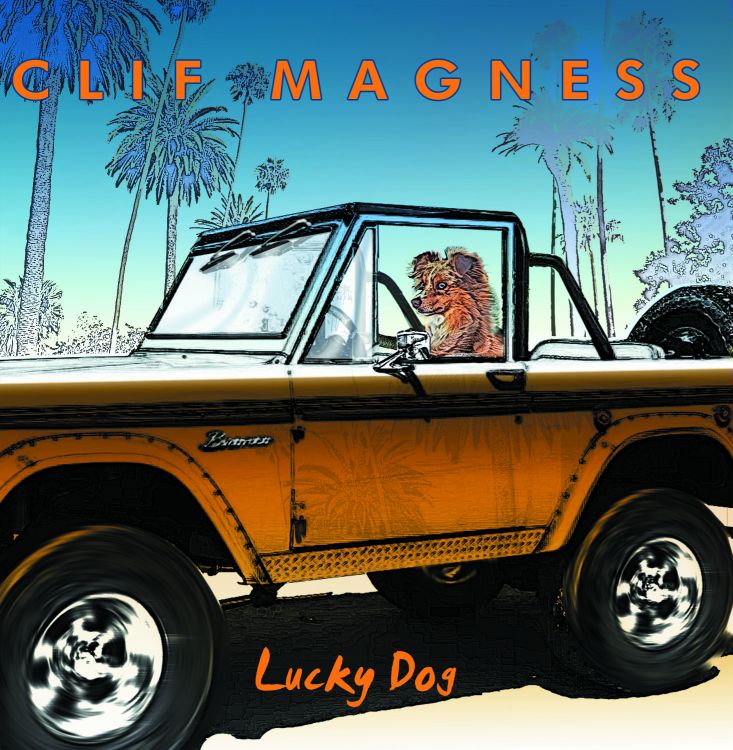 After his highly praised album ‘Solo’ in 1994 singer/producer/multi-instrumentalist Clif Magness made a big name for himself as songwriter and producer. He worked and wrote for people like Joe Bonamassa, Avril Lavigne, Jessica Simpson and many others and in some cases with huge success and was more recently involved as producer for the latest Robin Beck CD ‘Love Is Coming’ as well as musician on ‘Craving’ from James Christian. Around that time the news broke that Clif was going to release a new CD some 24 years after ‘Solo’. In order to get reconnected again with Magness’ music I dug out ‘Solo’ from the collection rediscovering how bloody good that pure AOR CD still is after all this time. Is ‘Lucky Dog’ of that same brilliance? Well, in some cases ‘Lucky Dog’ gets real close. The main difference is that Clif rocks harder on ‘Lucky Dog’, the emphasis is not purely on AOR and West coast rock. ‘Lucky Dog’ has a heavier edge, is less subtle but blessed with an outstanding sound and production. Magness used some guest musicians on this CD but has done the bulk of the work on his own as he is also a guitarist and started out as a drummer many moons ago. And as a first class studio magician he has got all the tricks of the trade at his disposal to make the record sound clear, melodic, up beat were necessary and modern. So there is a big difference between ‘Lucky Dog’ and his older sibling ‘Solo’. Personally I prefer ‘Solo’ but in time ‘Lucky Dog’ will surely become one of my favourites as well because the CD has very strong songs (only ,,Rain’’ is a soft and not so interesting track) an at moments (,,Shout’’, ,,Ain’t No Way’’) Clif puts things in rocking overdrive with ballsy guitars, memorable choruses and an up tempo beat. And there is enough melody there to also satisfy the pure AOR fan. The years have flown by for Clif who has got plenty of work but hopefully now he has re-discovered the fact that as an artist he still can deliver the goods. So it may inspire him to come up with more records in the future now that this one is finally out of his system.