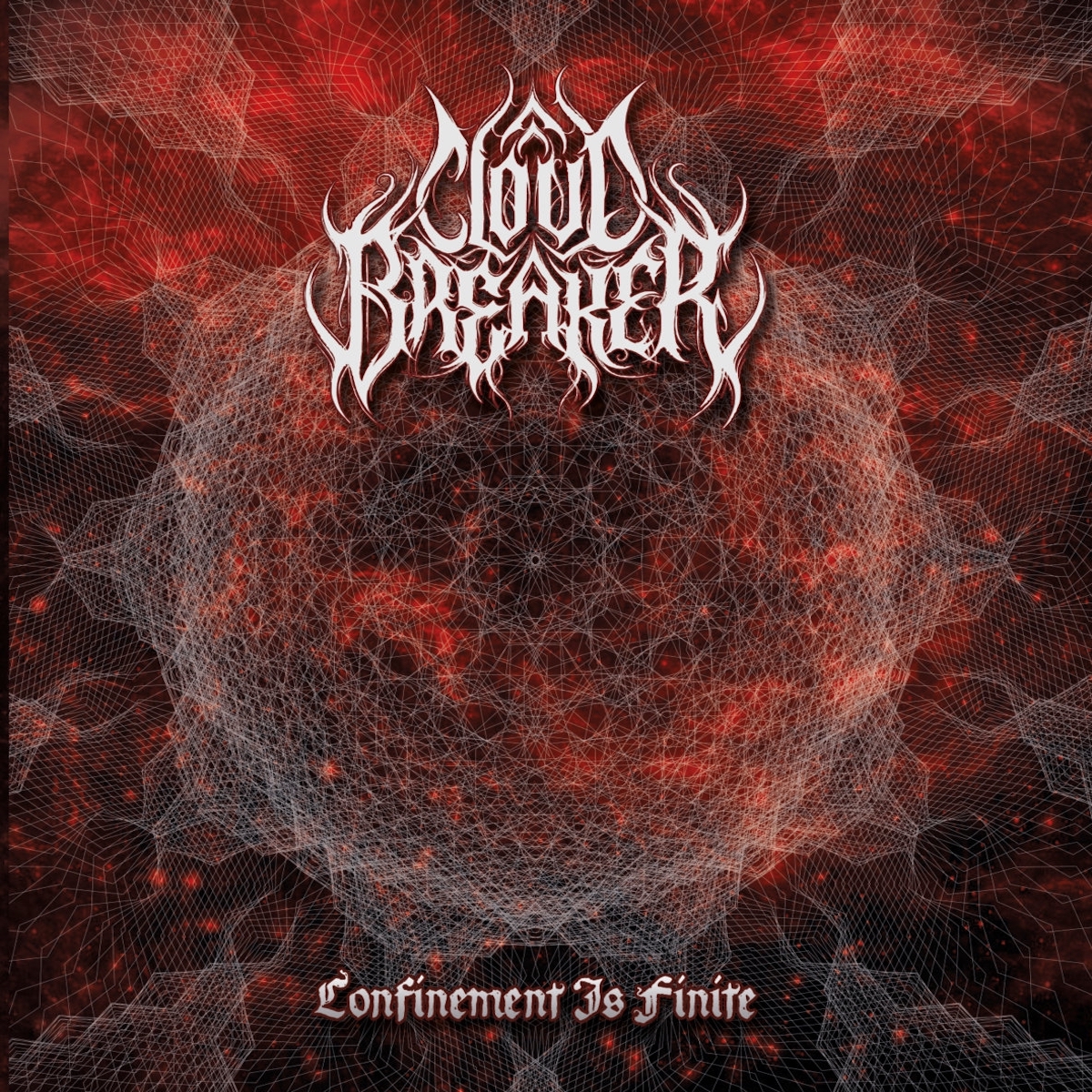 Swirling solo’s that don’t seem to end, played over deep aggressive grunts. If Cloudbreaker has a signature sound that might be it. Cloudbreaker originate from Marburg, Germany and play a mix of progressive and melodic death metal. There are hints and nods to early Soilwork, Gorod and Mors Principium Est. The band was founded by lead guitarist Deniz Nitt in 2011 and ‘Confinement Is Finite’ is an independently released debut album. And it’s really a barnstormer of an album. The album opens with a piano intro by Carolina Weyh. Then the guitars take over and it becomes clear that this is going to be a very interesting progressive death metal album. Vocalist Maurice Arnhold does an outstanding job alternating between mid range barks and deep grunts. But you can’t help notice the very fluid lead guitar work courtesy of Deniz Nitt. He keeps on going and going. It’s almost as if he teams up with the aggressive vocals Arnhold to form some kind of tandem. A lot of times Arnhold’s vocals are wrapped in Nitt’s fluid, melodic and fast leads which are elevating this album clearly above the average death metal offering. His leads are nothing but spectacular! This is especially the case in songs like the opener ,,Distopia/The Sunken Moon’, the title track ,,Confinement Is Finite’’ and ,,CPE-1704-TKS/Light of a Thousand Suns.’’ There are some clean vocals on the album. For instance in ,,My Last Eve’’ and especially in ,,Caught In Autumn’. They are done fairly well but I would have rather heard Maurice Arnhold display his more brutal side. That being said, ‘Confinement Is Finite’ is a great death metal album filled to the brim with heavy riffs, blistering leads and raw vocals. It’s a surprising debut by a very promising band. And I would love to hear more from them in the future.