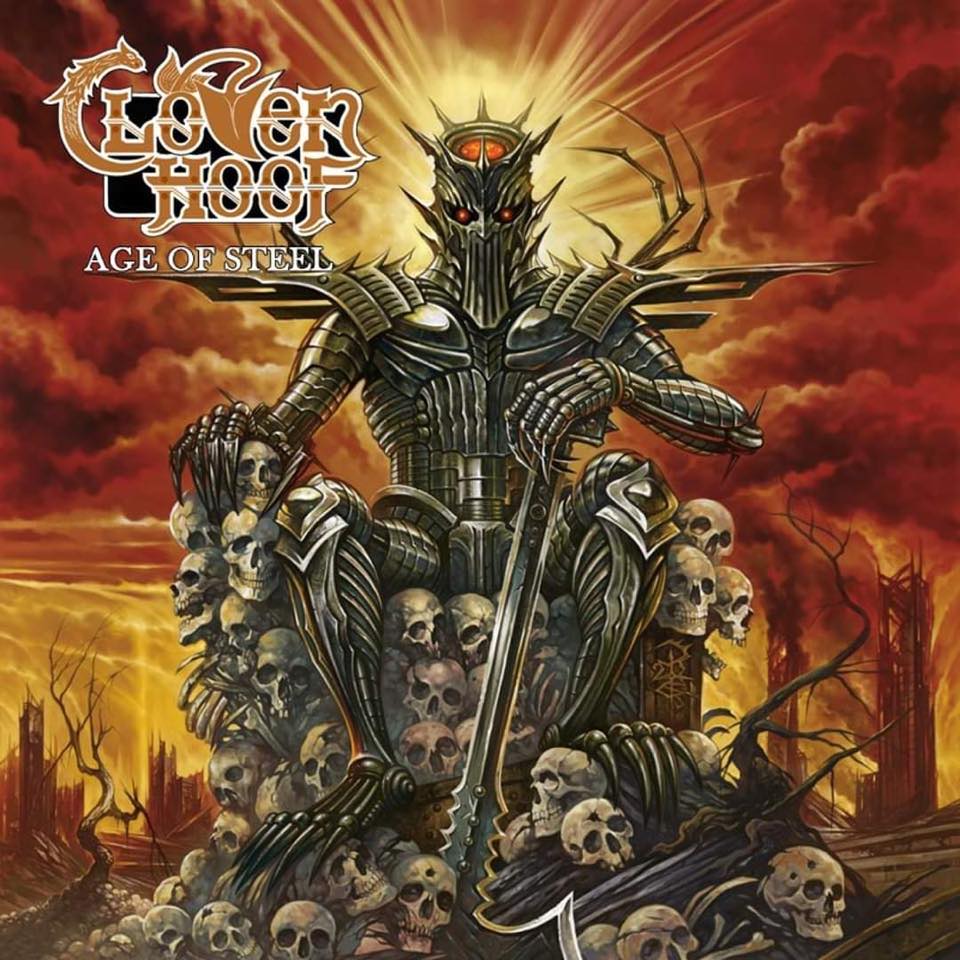 I know a lot of bands and I listen to tons of music a week (in fact I am addicted…) but I now have to admit that I had never heard of the band Cloven Hoof…and that turned out to be a shame as their new album ‘Age Of Steel’ is a great metal album which you should not leave out in your rock/metal collection. Cloven Hoof hails from Wolverhampton (UK) and they were first active (in fact belonging to the NWOBHM) from 1979 until 1990, after which they made a come back in the year 2000. The only  founding member left is bass player Les Payne and this pure heavy metal band released their previous album in 2017. ‘Age Of Steel’ is a concept album featuring ten brand new songs with metal influences galore, ranging from Saxon, Iron Maiden and Diamond Head but the band Cloven Hoof definitely has its own unique metal style. Vocalist George Call screams out loud in tracks like ,,Bathory” or ,,Apathy”, but he can also use his voice in another way; just listen to ,,Alderley Ledge” or ,,Bedlam”. The latter being one of the highlights of the album as the track is very bombastic, with lots of tempo changes, excellent singing and powerful guitar playing by Coss and Baker. Especially in the faster tracks (with galloping rhythms) Cloven Hoof really reminds me of good old Iron Maiden; check out songs like ,,Touch The Rainbow” or the already mentioned ,,Alderley Ledge”. In fact this album does not have any fillers, all songs are excellent heavy metal compositions, but absolute listening tips are: ,,Judas” and ,,Bedlam”. So, it turns out that even at my age you can discover a “new” excellent metal band; Cloven Hoof, bear this band in mind and do not forget to buy this album and play it f….. LOUD to wake up your neighbours.