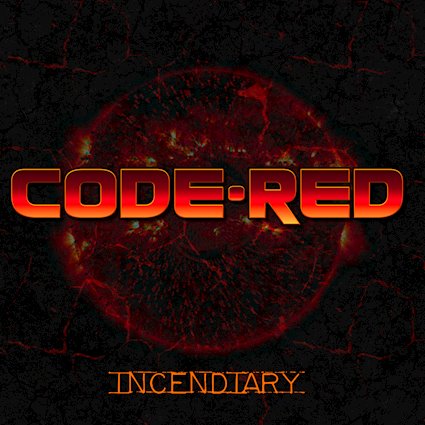 Singer/composer Ulrick Lonnqvist was once a member of the band Sahara and released a CD with that group in 2001 but after that he stayed in the background writing and composing for various Nordic acts. In 2016 drummer/producer Daniel Flores (Find Me) approached Ulrick and proposed to record a CD. Finally the singer agreed so some experienced and befriended musicians like the guitarists Morgan Jensen (Swedish Erotica), Oscar Bromvall and Michael Palace (for this CD hired to play bass) plus keyboardist Kaspar Dahlqvist got called up to help out co-writing the songs and record them as a real band. Daniel Flores recruited himself as drummer and he obviously was the guy best suited to produce the CD. All this huge experience has now been bundled together on ‘Incendiary’ and it shows as this is pure AOR CD that sounds very slick and smooth and can be compared for instance with a band like All 41. I can’t say that ‘Incendiary’ is a totally mind blowing AOR CD as some songs sound a bit predictable, but the quality of the playing and the easy listening voice of Ulrick does pull this CD way over the line. ,,Forever And A Day’’, ,,I Won’t Be Your Hero’’, ,,Heat Of The Night’’ and the melancholic ballad ,,Returning The Day’’ are all easy listening AOR rockers, portrayed by Code Red with an undeniable quality. A little bit of fire here or there would have been welcome indeed, but obviously the band made a certain choice in musical style and has stuck to that for the whole album.