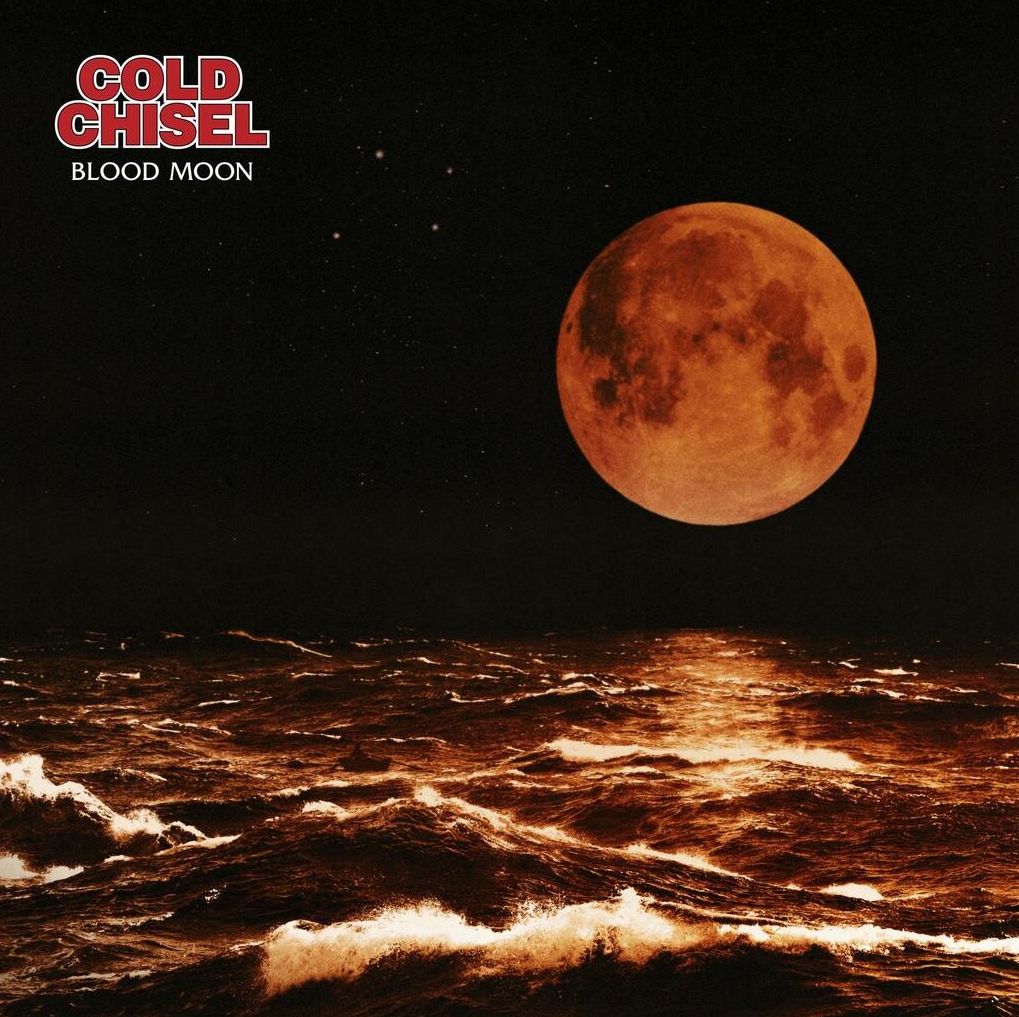 Don’t make no mistake about it! Cold Chisel is an iconic band in their homeland of Australia. Especially in the early eighties the band had major success with albums like ‘Breakfast At Sweethearts’ and ‘East’ plus a bunch of hit singles. Things changed when their prolific front man Jimmy Barnes decided to pursue a solo career. Several other musicians of the band like guitarist Ian Moss went solo as well while main song composer Don Walker concentrated on writing for other musicians and bands. Barnes and Moss did well on their own, especially Jimmy Barnes. But during the years the public demand to reunite and to reform Cold Chisel became stronger and stronger, leading to new material on CD (first in 2007) including some live-albums as well. The last twelve years the band has been around again although the activities were limited because of the solo careers of Barnes and Moss. The last studio album ‘The Perfect Crime’ was released in 2015 and at the end of December 2019 ‘Blood Moon’ was released, the ninth studio recording of a band that still plays with four long time serving members (Barnes, Moss, Walker and bass player Phil Small). Drummer Steve Prestwich, also an original member, died a few years ago and was followed up by Charley Drayton. Cold Chisel is a band that just picks the right time to re-appear. It is not that they are pumping out album after album, they just make that album, do a tour and then put things on hold again. That is the way it has been for quite some time now and it is a clever thing to do. They appear when the time is right. The ten songs on ‘Blood Moon’ are typical for Cold Chisel. Barnes is the main vocalist but also Ian Moss with his beautiful and warm voice gets room on this album. On a few songs like the energetic opener ,,Getting The Band Back Together’’ and ,,Buried Treasure’’ Barnes and Moss share lead vocals while Moss gets a solo spot on the closing song ,,You Are So Beautiful’’. The contrast between the two singers is quite evident but for Cold Chisel this combination has always worked out and it still does. It is not that Cold Chisel these days is a pure heavy rock band. In fact they never have been, although their concerts especially in the early days were quite rowdy and wild. Cold Chisel is about variation, Don Walker has the magic touch, writing songs where different musical styles are naturally flowing into each other. There is some ‘tex mex’ flavour on the album, even some lazy jazz (,,Boundary Street’’), some swing and some robust rock. Produced by Kevin Shirley (Joe Bonamassa, Journey and Jimmy Barnes) ‘Blood Moon’ has become a pure rock record with lots of different angles, mood swings, inspired musicianship and overall entertaining songs. If you are familiar with Cold Chisel and the music of Jimmy Barnes and Ian Moss you will find plenty of moments of joy on ‘Blood Moon’.