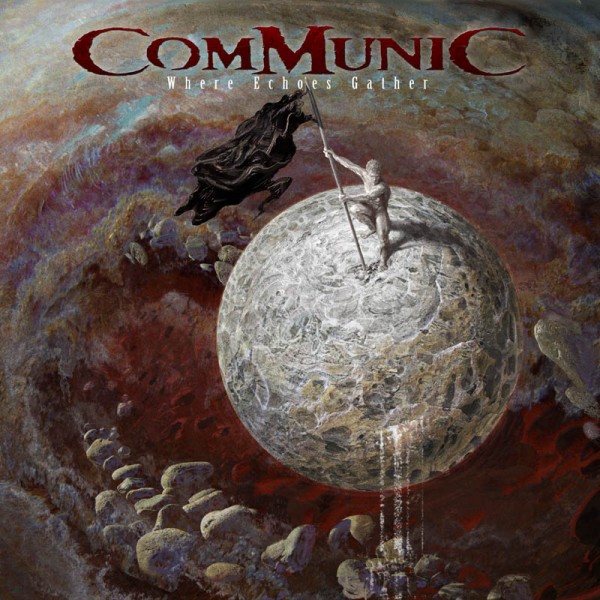 It has been a bit quiet around the Norwegian progressive metal band Communic. After the 2011 release ‘The Bottom Deep’ singer/guitarist and main man Oddleif Stensland concentrated for a while on family life. When he started writing new material after a while he was not happy with that and decided to start the writing process for the fifth Communic CD from scratch. Also the band changed record companies, switching from Nuclear Blast to AFM Records. I have always found Communic an interesting band as their blend of metal with progressive elements made them stand out because of the way they played their songs with a real ‘metal’ attitude. That element has not been lost as you can hear for yourself on ‘Where Echoes Gather’. Again the band knows how to impress with their songs. Take for instance ,,The Claws Of The Sea”, a monster song divided in two parts where all elements are fully exploited to the max. For me this band has the same high level as groups like Fates Warning and Threshold, switching gears between and during songs, sounding complicated yet accessible, heavy yet very melodic and sometimes a bit dramatic as well. Stensland has used the time well by coming up with a very good record that should be heard by a large audience but as is always the case with Communic it is necessary to give the record several spins before things start falling into place. And aren’t those kind of records the ones that you go back to time after time again?