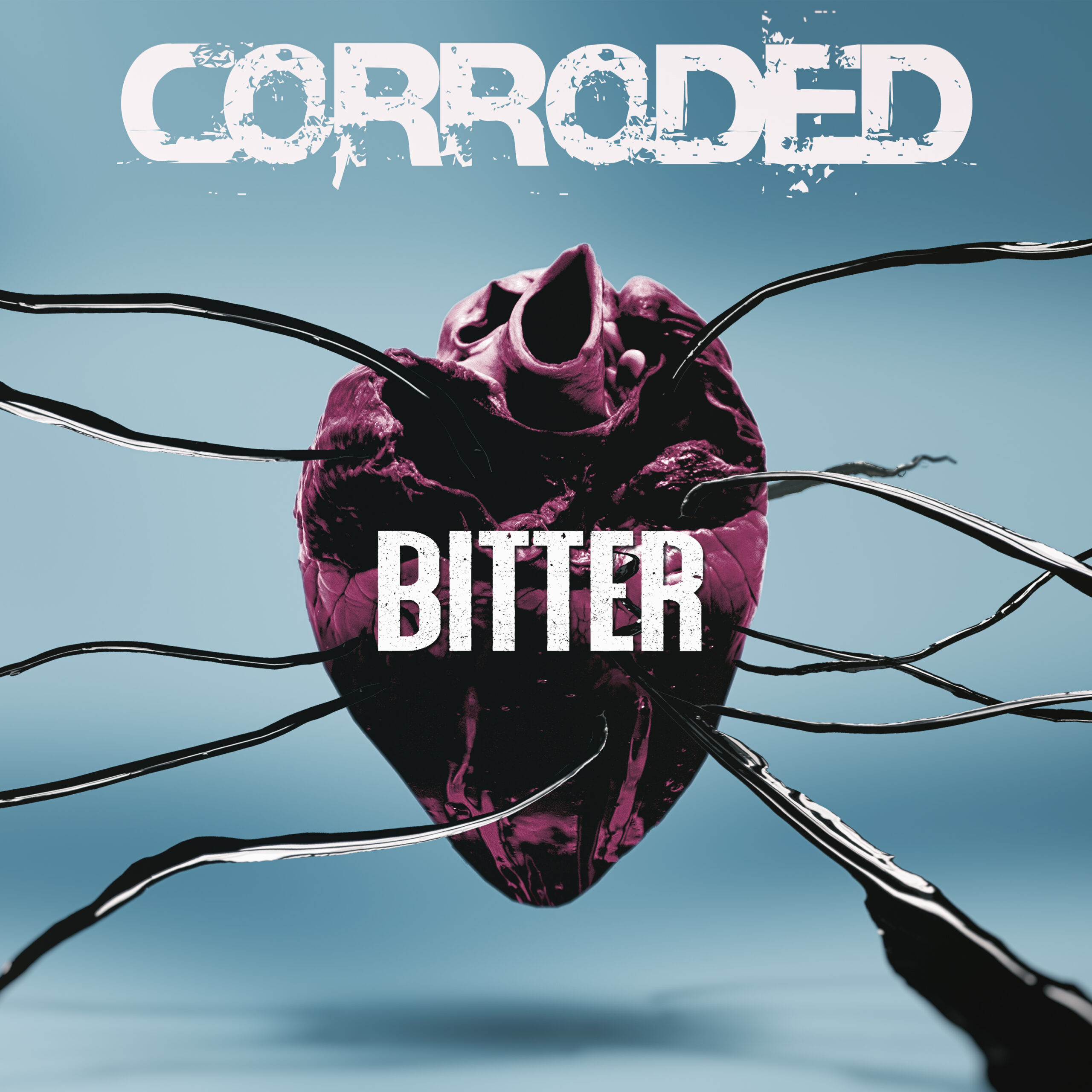 Ever since ,,Time And Again” was used as the theme song for the Survivor television series in Sweden, Corroded was on the rise. A rise increasingly gaining momentum, when the track ,,Age Of Rage” was used in the renowned game `Battlefield’. Their unique blend of melody and sheer power landed them world fame, and this new album `Bitter’ is the next step in their career.

`Bitter’ reignites the bands typical sound. Low tuned guitars pull forward in great harmony, without lacking a punch and a kick, while bass and drums are fierce and powerful. Occasional shifting gear, the pace is high and ravishing. The bitter intro and ,,Breathing” set the tone and the band delivers what they are commonly reckoned for. Their power is poise to the drive of the double kicked tracks with melodies ear mingling as always. Choruses nest on the spot and vocal interaction is key. Jens Westin has proven to be a man packing impressive power. His raw vocals are gut wrecking and when he shifts towards melodies, he also features an impressive higher register. ,,Burn” features a wide varied register of vocal changes as he morphs his anger into higher pitches, belting an impressive performance. The song itself also draws from different genres and midway has a short-lived acoustic section before spitting fire again. It’s this variety, which is also a strong focal point for this new album. ,,Black” reminds me of Saviour Machine with its dark and ominous vocals, before unravelling in melodic fist pumping perfection. In ,,Cross” the band flirts with industrial soundscapes and in ,,Testament” the band packs Chuck Billy pace, with sections full of luring chants. The song will most certainly be a live crowd pleaser at any of the festivals. The pace is maintained with loads of wallop hitting us, before hitting the breaks for the melancholic ,,Cyanide” and the doomy and grim ,,Time”. Another melodic and action packed typical Corroded track is the epic ,,War”, with its social critical sub notes. The track mashes speed and turmoil with sophisticated grandeur. It is melodic, yet it also packs a grim atmosphere that is under constant pressure musically. The atmosphere empowers the lyrical content which has become key for the band’s songs. Reflecting, protesting and opposing, Corroded is not for the faint hearted. They tell a story and make themselves heard.

`Bitter’ is a fine piece of metal crossing many boundaries. It tings melodic and packs tremendous power at the same time. The diversity offered is excellent and will make the music longer lasting. With the anger and action packed, and the Bay Area drive, it will appeal to heavy metal fans as well as it will reach out to fans of more melodic genres, with the songs all featuring great hooks and melody.
Corroded delivers.