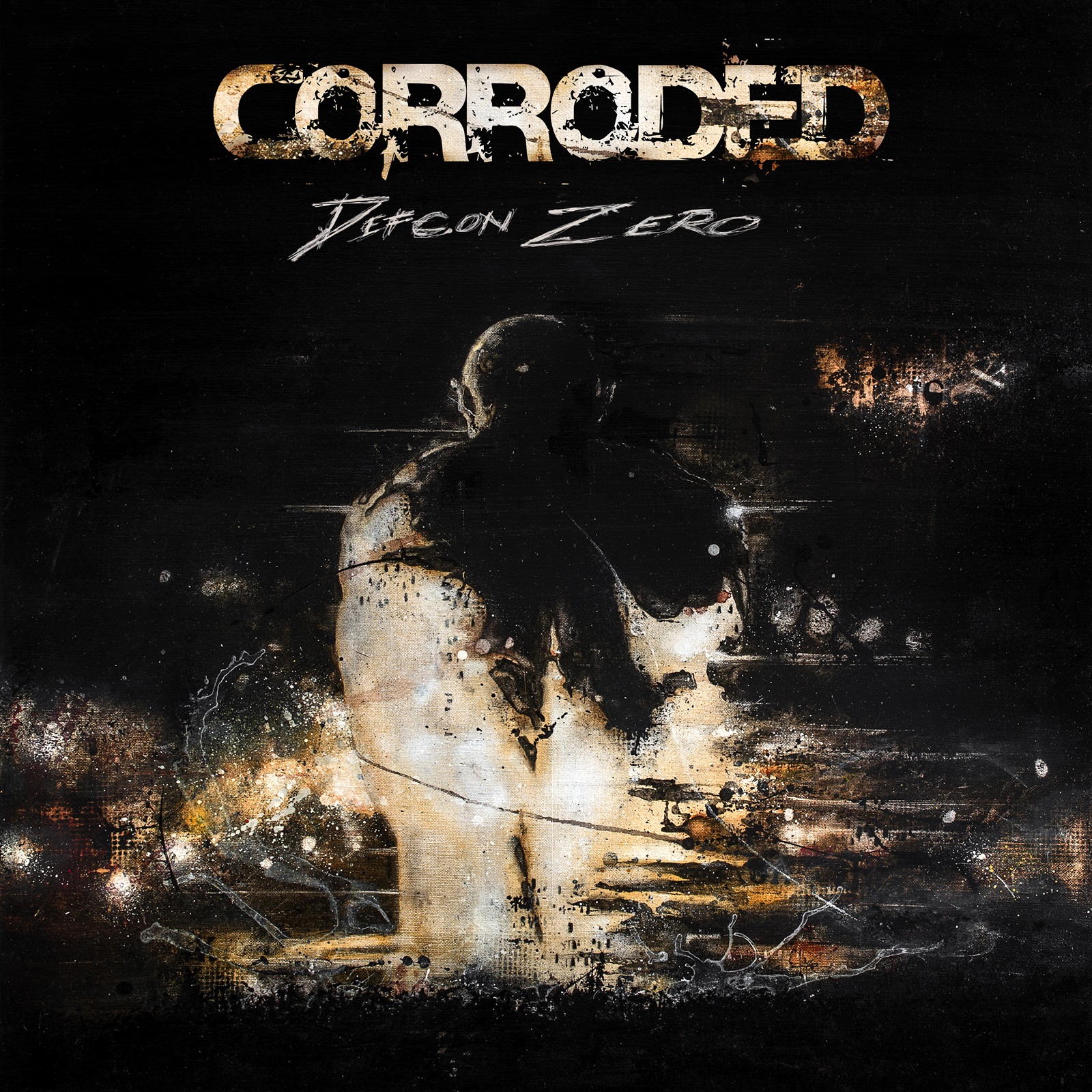 After an absence of five years Swedish outfit Corroded bombards us with their fourth album. Do not think that the band has not been active the last five years, they have been playing live and had the opportunity to test their new material on their audience before actually recording it in the studio. Singer/guitarist Jens Westin, guitarist Tomas Andersson, bassist Bjarne Elvsgard and drummer Per Solang have really come up with a knuckleduster. ‘Defcon Zero’ is a hard rocking metal album containing some post grunge and alternative metal elements and packing plenty of punches. The music is straight in your face, direct, up tempo and with plenty of lower key guitar riffs that remind me every now and then of Black Sabbath, but with more speed. Except for the very nice ‘ballad’ ,,A Note To Me’’ (great song, where Westin sounds surprisingly subtle), Corroded just does not give you any chance of catching your breath. The band pounds on like Machine Head used to do, kicking you up the ass with tracks like ,,DRF’’, ,,Fall Of A Nation’’, ,,Day Of Judgement’’ and ,,Retract And Disconnect’’. He or she who likes their metal relentless, a bit dark and up beat should at least give this record a listen. Especially opener ,,Carry Me My Bones’’ and closer ,,Rust And Nail’’ are killer tracks. A pleasant surprise indeed!