CORROSION OF CONFORMITY-No Cross No Crown 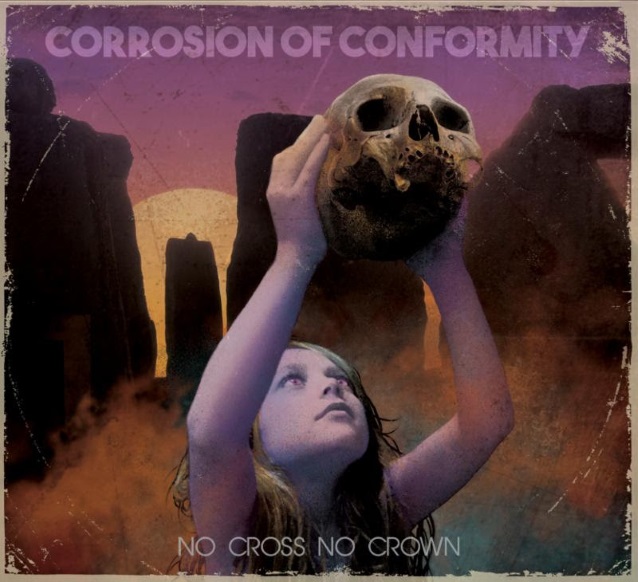 CORROSION OF CONFORMITY-No Cross No Crown

I got in touch with Corrosion Of Conformity around 1994 or 1995 when I first heard `Deliverance`, a musical masterpiece. Back then I had no clue about the history of this band and that Pepper Keenan hadn’t always been their singer. So going back in time a little bit; Corrosion Of Conformity already had a ten year history and released an iconic album in 1985 called `Ànimosity`. But with the departure of founding member and original singer Mike Dean back in 1987 a lot changed for the band. `Deliverance’ remains the commercial success and marked a completely different style of music with Pepper Keenan‘s voice and guitar sound. Making a jump to 2012 when Pepper Keenan is fully busy with New Orleans legends Down and COC decided to reunite with the `Ànimosity’`line up to release new music. The reception was fairly good but to me it felt like what Anthrax did by going back from John Bush to Joey Belladonna. Although COC never actually fired Keenan. So after a very successful tour last year with the returned Pepper Keenan on vocals, we now have the brand new album `No Cross No Crown`. What should I say, this is exactly how I discovered the band and how I learned to love their music. The trademark guitar sound and Pepper‘s remarkable voice will make this record a beloved gem for the fans. No Cross, no crown, no bullshit, just straight from the gut. Corrosion Of Conformity are here to get the crown back and they deserve it