CRADLE OF FILTH-Hammer Of The Witches 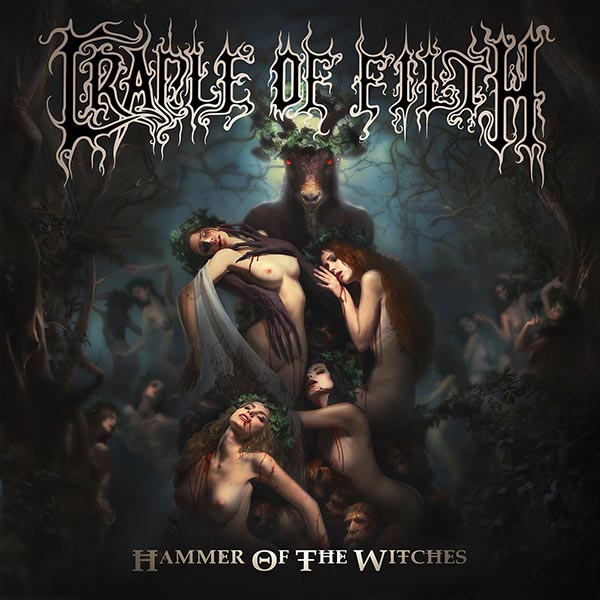 CRADLE OF FILTH-Hammer Of The Witches

There’s no such thing as a compromise. Cradle of Filth managed to conquer the world with their hard-boiled, unapologetic black metal with a gothic twist. `Hammer Of The Witches’, their eleventh studio album, is no exception. Even though the band has changed over the years, frontman and vocalist Dani Filth is the only remaining original member, their sound is pretty much the same. But within this frame Dani keeps raising the bar. Although it doesn’t always show on stage, his studio work is a constant fight for perfection. Thrashy riffs and etheric melody lines are bricks in heavily layered songs like ,,Enshrined In Crematoria’’ and ,,Deflowering The Maidenhead’’, probably the best song on this overall superb album. Bombastic and theatrical, but always on point, like on the title song. This is why this band has been around for such a long time, and why they never fail to impress. Dani’s enormous vocal range and poetic lyrics tell a dark story, this time about the wrath of Mother Nature, like only he can. Let there be many more chapters.