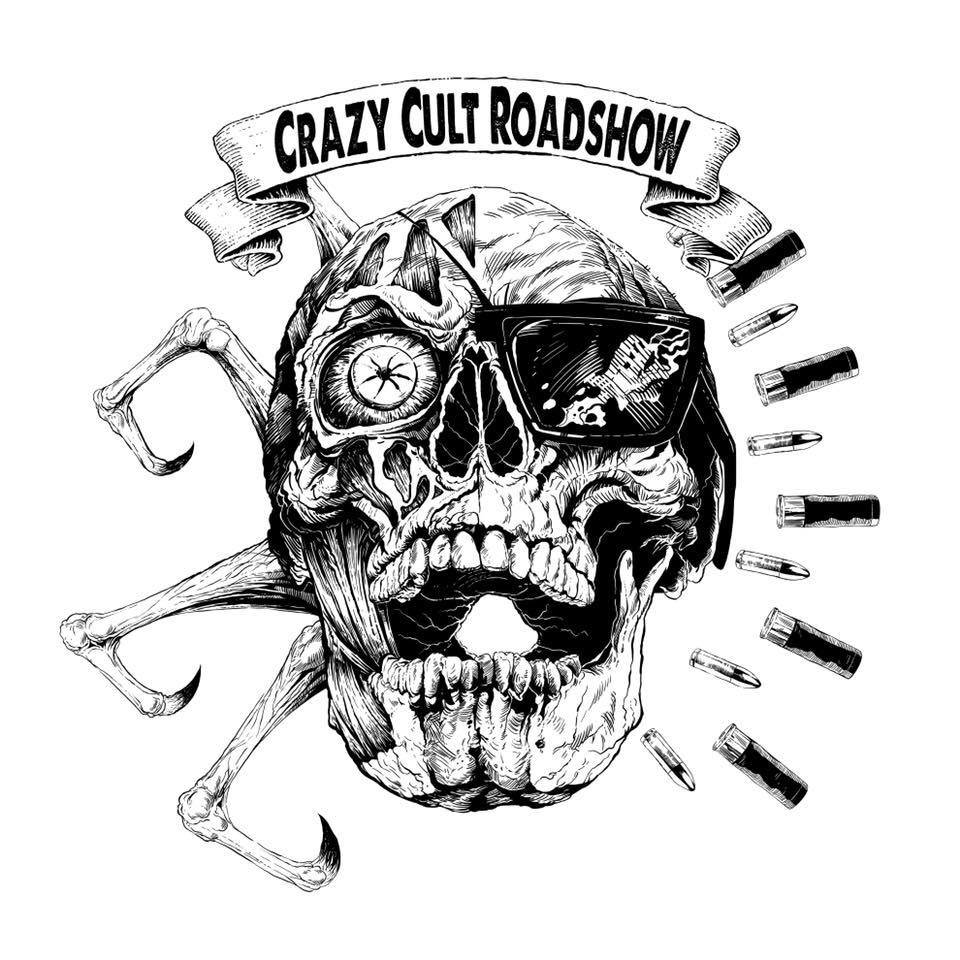 Crazy Cult Roadshow is a Dutch hard rock/metal band from the beautiful south of The Netherlands. After two impressive Eps, the four piece band, consisting of Roel Peijs (vocals), Steven van der Vegt (bass, keys, vocals), Krit Verbeek (guitars) and Kiki Beemer (drums and vocals), now release their full length debut album on vinyl. The self-titled album contains 10 songs and these tracks form an apocalyptic roller coaster ride of rock, metal, rock and roll, grunge and stoner music; so get ready to bang your head!! Opener ,,Luring Lights” sets the tone for the rest of the record: mean heavy guitar riffs, “brutal”, rough vocals, pounding drums and more than excellent guitar solos. ,,Closure”, which is already a well-known cult song in Limburg, features a very catchy opening, extremely raw vocals from Peijs and a ferocious guitar solo at the three minute mark! Other tracks like ,,Fistful Of Boomstick” with a more than excellent bass guitar riff or the experimental, almost instrumental ,,That Thing From Another Planet” kind of remind me of bands like Monster Magnet and Hawkwind; so really awesome. Suitable for a single would be the song ,,Ride The Fuzz”, as that one really has an addictive chorus. This excellent album ends with a song called ,,Risky Business”, which again features a nasty guitar hook and a splendid howling guitar solo. Crazy Cult Roadshow can be very proud of this album, so check it out, buy it, and play it f….. LOUD and keep on banging your head and screaming along till your voice stops making noise!!! This is already one of the great surprises of this rock year, so do not miss this release!