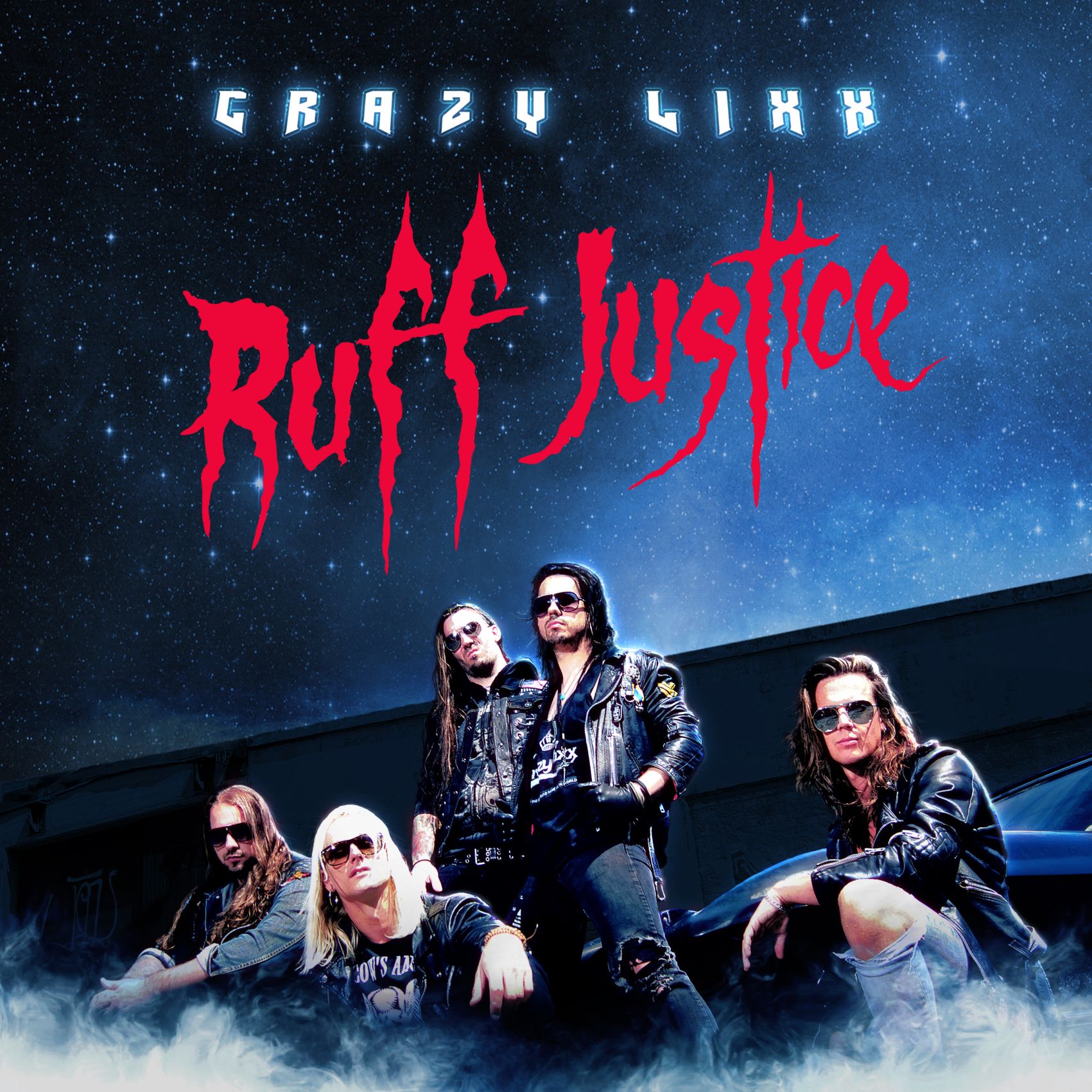 Sweden has always been a country that has spat out good bands. I don’t know what it is but lately there seems to be a real explosion of Swedish bands releasing albums and most of them are quite good as well. Take Crazy Lixx releasing their fifth album ‘Ruff Justice’ where the guitarists Chrisse Olsson and Jens Lundgren make their first appearance with the group that is being described as glam metal. Singer Danny Rexon has said in interviews that he wants Crazy Lixx to be a band that brings back that 80s feeling and Crazy Lixx certainly does that on ‘Ruff Justice’, but glam metal? Must be something wrong with my ears then, but I have heard a bit of a predictable but excellent combination between melodic heavy rock and more sensitive AOR. Nothing glam about it.

The CD sounds smooth but has enough power and tempo to keep things interesting. To be quite honest I was convinced of the quality after the first time I heard the CD. Rexon is a good singer, the band is tight, it sounds good, some arrangements are quite surprising as are some of the big choirs in the vocal department and yes the influences from bands like Def Leppard, Icon, XYZ and cohorts are absolutely recognizable. But the way the band performs tracks like ,,Kiss Of Judas’’, ,,XIII’’, ,,Walk The Wire’’ and the ballad ,,If It’s Love’’ is convincing and strong. Nothing wrong with this one people!