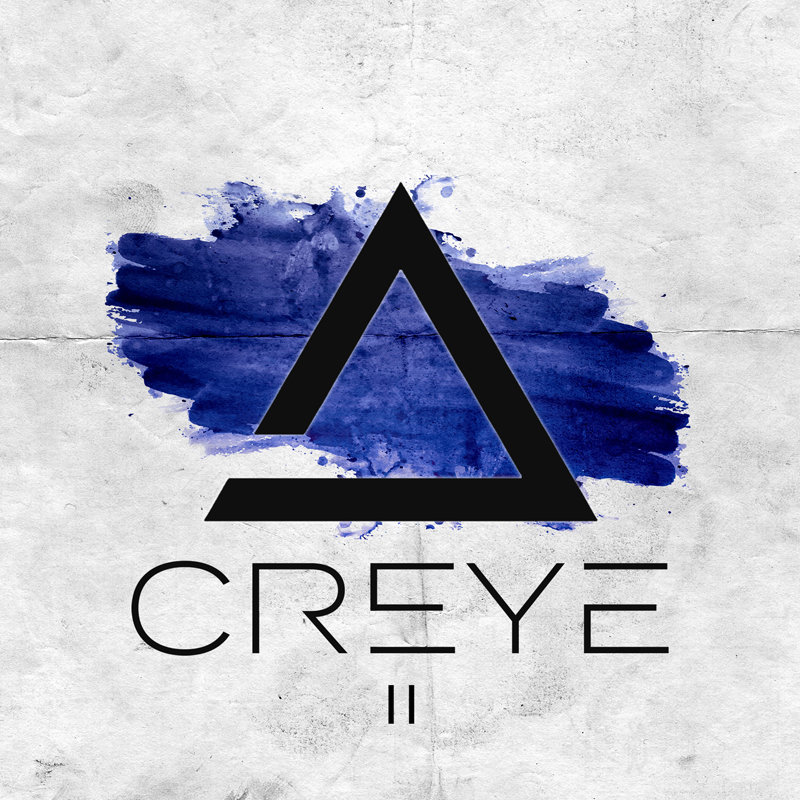 Creye’s debuting E.P. `Straight To The Top’ (review here) and follow up self-titled album instantly landed them the title of melodic rock hopefuls. Their second full length offering, simply entitled `II’, preceded by the video singles ,,Face To Face” and ,,Siberia” displayed a slightly altered course, thus I’m eager to find out if this is the expected follow up to establish the band’s rise to fame.

I’m going to be open and honest with you: I expected different and more easily nesting tracks in the vein of their acclaimed `Creye’ debut. `II’ is up there, and needs more spins to land deeper. Both predecessors’ key feature was the instant memorable qualities of the tracks. `II’ grows on you rapidly and its glow is heavier overall. Creye is intensifying their swagger…. We cannot dismiss the high quality and exceptional talents of Creye. Their song writing skills are top shelf, as is their musical craft. The band radiates the same level of enthusiasm but simply delves from different influences to create a richer overall spectrum. Andreas Gullstrand and Fredrik Joakimsson’s guitars are more dominantly pulling the songs forward, adding the needed strut and vigour the band displayed live. Heavy and bold riffs and memorable melodies provided by the dozens, they put their mark on `II’. Joel Selstors’ keyboards are still heavily embedded in the rich structures of the songs, but also take the spotlights with light and modern twitches and sound effects. It adds up to the potion, which is held together by Gustaf Örsta’s pumping vivid bass and Filipsson’s powerful but lush drumming style. The interaction certainly increased and the album features a solid band vibe. August Rauer tops it all off with stylish vocal performances that add to the band’s rich colourful tunes, which are out of the ordinary. ,,Broken Highway” features all the before mentioned ingredients and links perfect to the band’s previous outing. The “oow oow” opens slick to see the song evolve with poppy pretentions over a bass pulled track with heavy riffs. Choirs are polished and powerful with Rauer matching with colourful deep mood. He pitches higher on the following rousing rocker ,,Carry On” and switches registers. His performance certainly increased with the songs more matched to his range and skills. The intricate riffs from the guitar tandem inject an intense level of heaviness that aligns with the arena rock pretentions of this live stomper. That same powerful opens ,,Find A Reason” which gets kicked forward with great drum dynamics. The highly memorable hooks are deepened by modern 3D keyboards, hoovering in the front end of the mix, and lush layers paste it’s overall sound solid. Rauer flicks to his typical style and comfort from the self-titled album. The song’s solo from Andreas is simply magnificent and proves the man’s intense clean style, which is pitch perfect. ,,Siberia” instantly displayed the band’s deepened sound upon its release. Dominant xylophone-keys and a lush atmosphere and choruses reminiscent to TOTO’s finest tracks, the song oozes an unexpected vibe. Rich with its orchestration and dense layered guitars and keys, the song gains momentum with every spin. Rhythms and jazzy elements add up to the appeal and chorus. An almost epic whelm nests but the song only lasts 3 minutes. It is hard to grasp, but it is certainly the gift of Gullstrand and his pack to write compact appealing songs hardly ever passing the 4-minute mark. A quality!

,,Face To Face” was the band’s first calling card for this second release, displaying the band’s benchmark ingredients with added spit and thrive. More swinging and heavier on rock it pulls to a memorable, yet predictable, chorus. Predictable is usually not applying to the Swedish act as they always manage to twist the expected choruses and hooks into an intense and modern poppy Creye-style. ,,Can’t Stop What We Started” is a great example of the band’s keen ear for melody and larger than life choirs aligned with non-typical (danceable) beats and keyboard swirls. Though the rousing choirs and arena rock pump is present all over, the vocals of Rauer contrast with the feeling. Intense and adding to the raving swagger, he also embellishes it with a certain frailty and grace, making it come across easy and naturally. The same rich vocals he pulls into the slow mover ,,Lost Without You” that flourishes with lush orchestration and piano sections in between powerful riffs and drums. The song rolls into ,,Hold Back The Night” and which slowly builds in tension to unload its sheer power in another electrifying chorus. Tons of breaks and staccato riffs enhance it into more progressive direction. Instead of the trademark Gullstrand solos the song features a keyboard solo. ,,Let the World Know” returns to Creye form with great melodies and signature bridge-type chorus. Guitars and bass dominate the song. Swinging towards the end with great guitar melodies it kicks into the soloing guitar- opening of ,,Closer” before the track unfolds its intense chorus. Modern beat and keys underneath the stop ‘n break timed riffs give it depth and the vocal interaction is sublime. ,,The Greatest” is another larger than life track with intense riff and keys over powerful drum ‘n bass interaction. Rauer lays down another tasteful performance and the song breaks from the band’s traditional structure with keyboard dominating the chorus. Short stops with unexpected guitar solo sliding in midway display their marksmanship in song writing. The chorus is big and intense, has great momentum and lasts long towards the end. If you think keys are dominant on ,,The Greatest”, then wait ‘til you hear the closing ,,War Of Love”. Modern thick layers of keys in the front, drums with organic feeling storm into another robust beefy chorus with Rauer in a confident performance. His voice is heady and a little rougher ‘round its edges. It is just wonderful how the song blooms to the end. Thick layers in a chunky overall sound it still manages to radiate transparently. It is actually the only track on the album clocking over 4 minutes and beating the mark with only 5 seconds.

`II’ is the perfectly follow up to the band’s debut recordings, moving their mark and exploring different territories musically. Though all of the band’s key ingredients still dominate the overall sound, it becomes very clear there is more to Creye than meets the eye. Richer and deeper orchestrations and arrangements make the songs flourish while the band enriches the arrangements. The bolder and (slightly) heavier tone of the album adds the needed valour with the band expressing determination on all accounts. It the perseverance of growth and the intensified interaction that lay down an intense dozen of songs that will last, and I’m looking forward to see the band rev it up again on stage. `II’ surpasses my expectations.