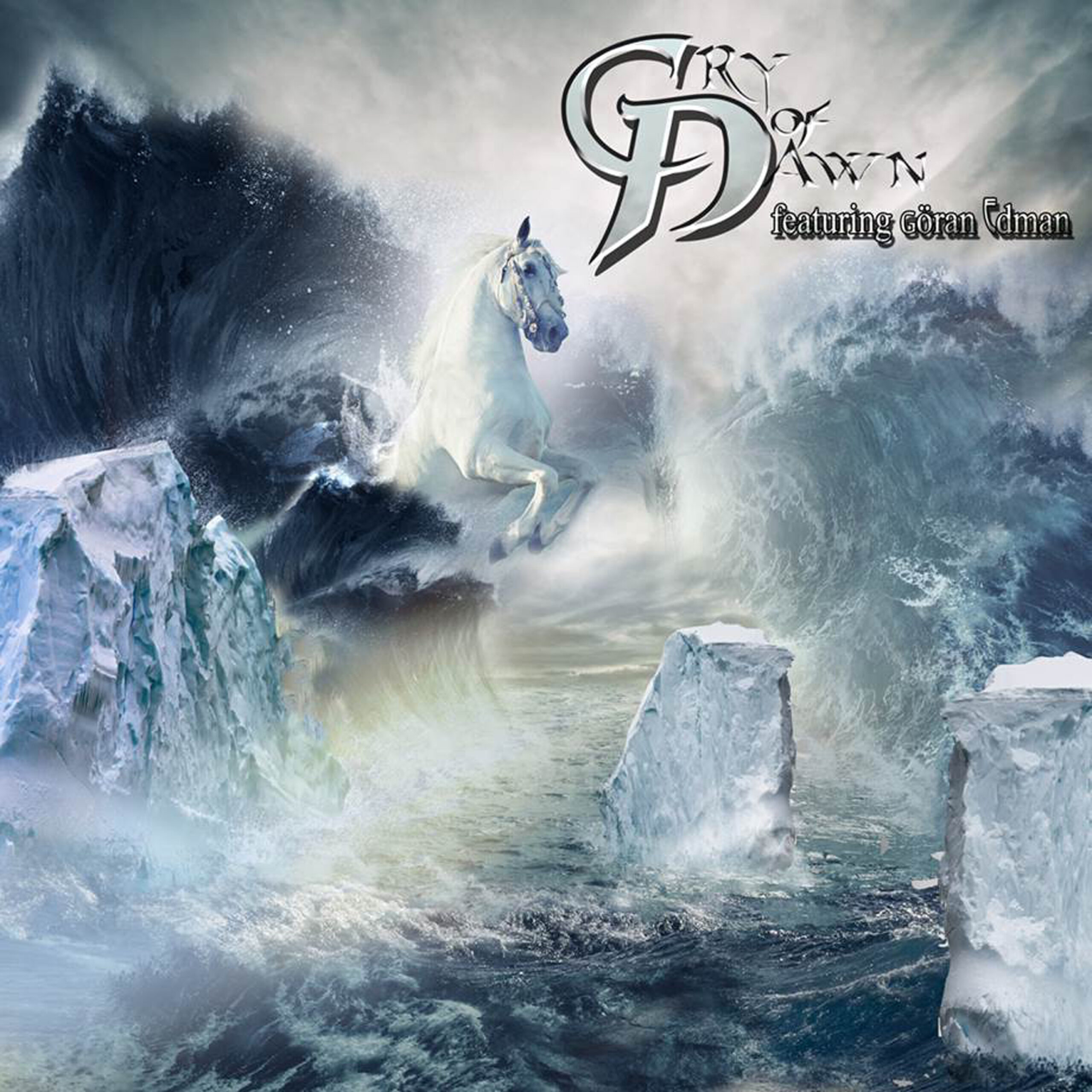 I have always been a fan of singer Goran Edman. That fondness started when he released work with the band Madison in 1984 and 1986 (two albums). Later on he worked with people like John Norum, Nikolo Kotzev, Marcel Jakob (rip)/Talisman, Yngwie Malmsteen, Jonas Reingold and bands like Brazen Abbot, Street Talk, Glory, Time Requiem, Snake Charmer and more recently with Karmakanic, Crossfade and Headless. Also as a session singer Edman has done a lot of work as well. The now 60 year old veteran is well respected, but never made the big time status. The album that Edman now has been involved in is not going to change that either. This is another product from the Frontiers music factory people. Edman is just the singer, has not been involved in the song writing or lyrics. I guess you can compare it with the latest First Signal CD. Also featured on Cry Of Dawn are well known Frontiers associates Daniel Flores (drums, keyboards, production), Alessandro Del Vecchio (song writing) and guitarist Michael Palace (has written most of the songs, guitars and bass). It is a formula I guess and the management of Frontiers Records obviously likes this way of working. What does it bring us this time as being the listener and more important potential buyer of the product? It is a quite decent album, nice to listen too mostly because Edman brings home the bacon with his great range, his own specific style and soul influenced vocal performances. And for the rest the songs are put together in a professional manner and supply a nice mix between rock, AOR and more classic hard rock. But at the end of the day the album does not have any block buster songs where the First Signal CD at least has a few. It is, I am sad to say, sometimes more a matter of quantity instead of quality. Still, an album with mister Edman standing behind the microphone singing his heart out is never disappointing but this could have been a real killer album and that is just not quite the case.