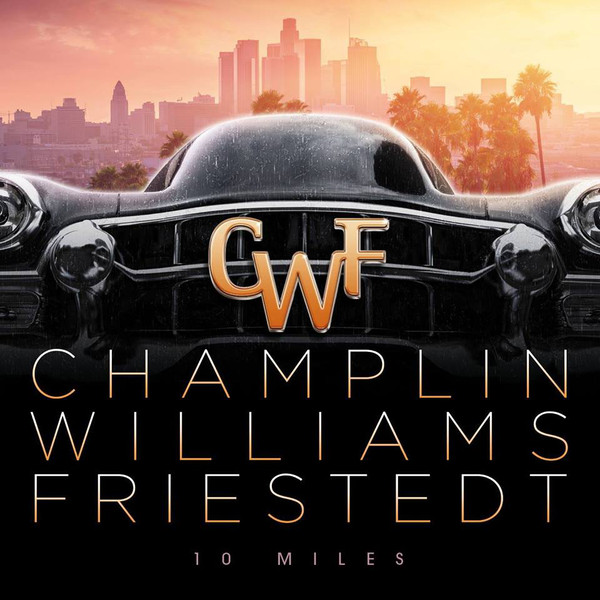 CWF stands for a collaboration between three very experienced musical veterans. Bill Champlin [keyboards and vocals] has a CV as long as my arm [Chicago amongst them], singer Joseph Williams is known from Toto and guitarist Peter Friestedt has also been in the business for a long time. During the years these three men worked together on many different projects and albums but at one stage decided to start a project/band CWF. Their first CD came out in 2015 and a short time ago they launched the six track EP ’10 Miles’. If you are a fan of fine Westcoast rock and AOR and like music from the band Toto it is highly advisable to check out ’10 Miles’. This veteran trio has only put 23 minutes of music together on this EP, but every second of it is very enjoyable indeed. The songs ,,10 Miles’’, ,,Aria’’,  ,,Amanda’s Disguise’’, the acoustic jewel ,,Letter To God’’, the instrumental ,,Ocean Drive’’ and ,,Lavender Moon’’ may not blast the roof of your house but have a very catchy effect indeed. The comparison with Toto is obvious because of the voice of Joseph Williams but believe me when I tell you that current Westcoast rock hardly sounds any better than what these three blokes have put together. Quality in every sense of the way!