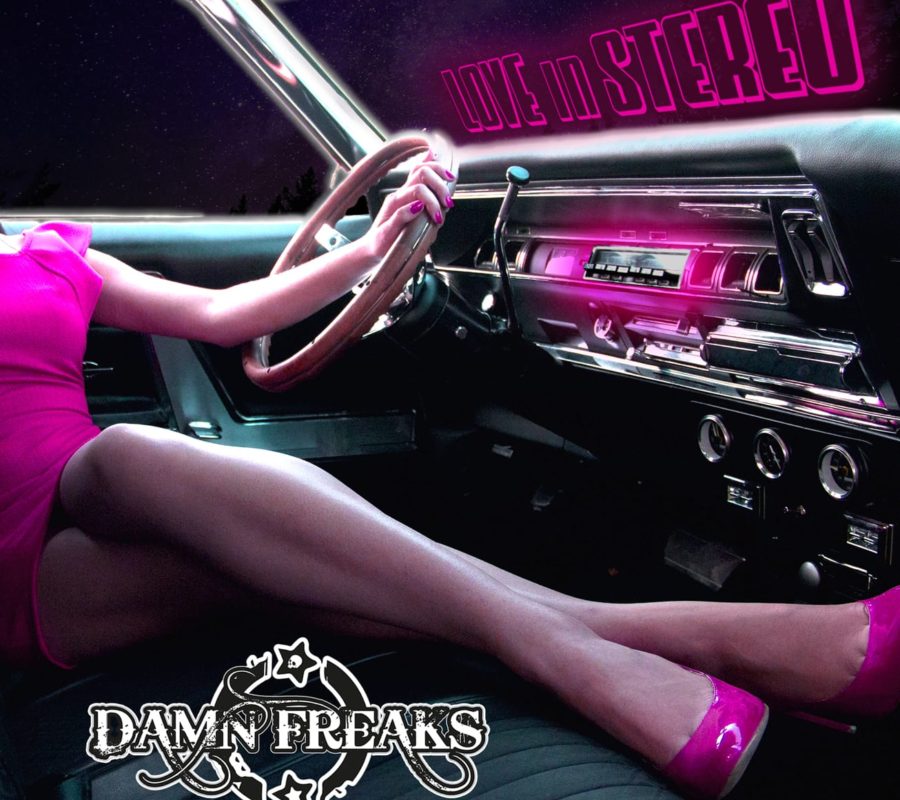 Some three years ago this Italian quartet released their self-titled album ‘Damn Freaks’, pretending to be just a good old party heavy rock band. Their main asset was (and is) singer Iacopo ‘Jack’ Meille who for the last decade or so has been the vocalist for Tygers Of Pan Tang. Damn Freaks is a side project for the singer who by the way also completed the vocals for the third Sainted Sinners album ‘Unlocked & Reloaded’ that is due for an early December release. This magazine reviewed that first Damn Freaks album and we found that the album was okay in its genre but that the quality in songs was not always there. Too much up and down although Jack Meille was as always quite impressive. Three years later not so much has changed, the band still brings good time up-tempo melodic heavy rock with a big ‘good time’ feel but yet again really memorable songs are hard to find. The band is comparable with groups like White Lion and a more recent band like Tokyo Motor Fist, with the exception that these groups do have some exceptional songs while Damn Freaks really doesn’t have that. Plenty of sing-a-long moments on ‘Love In Stereo’ but in three years Damn Freaks have not shown a whole lot of progress. At least not enough to make a real dent in the current scene.