DAMNATION ANGELS-Fiber Of Our Being 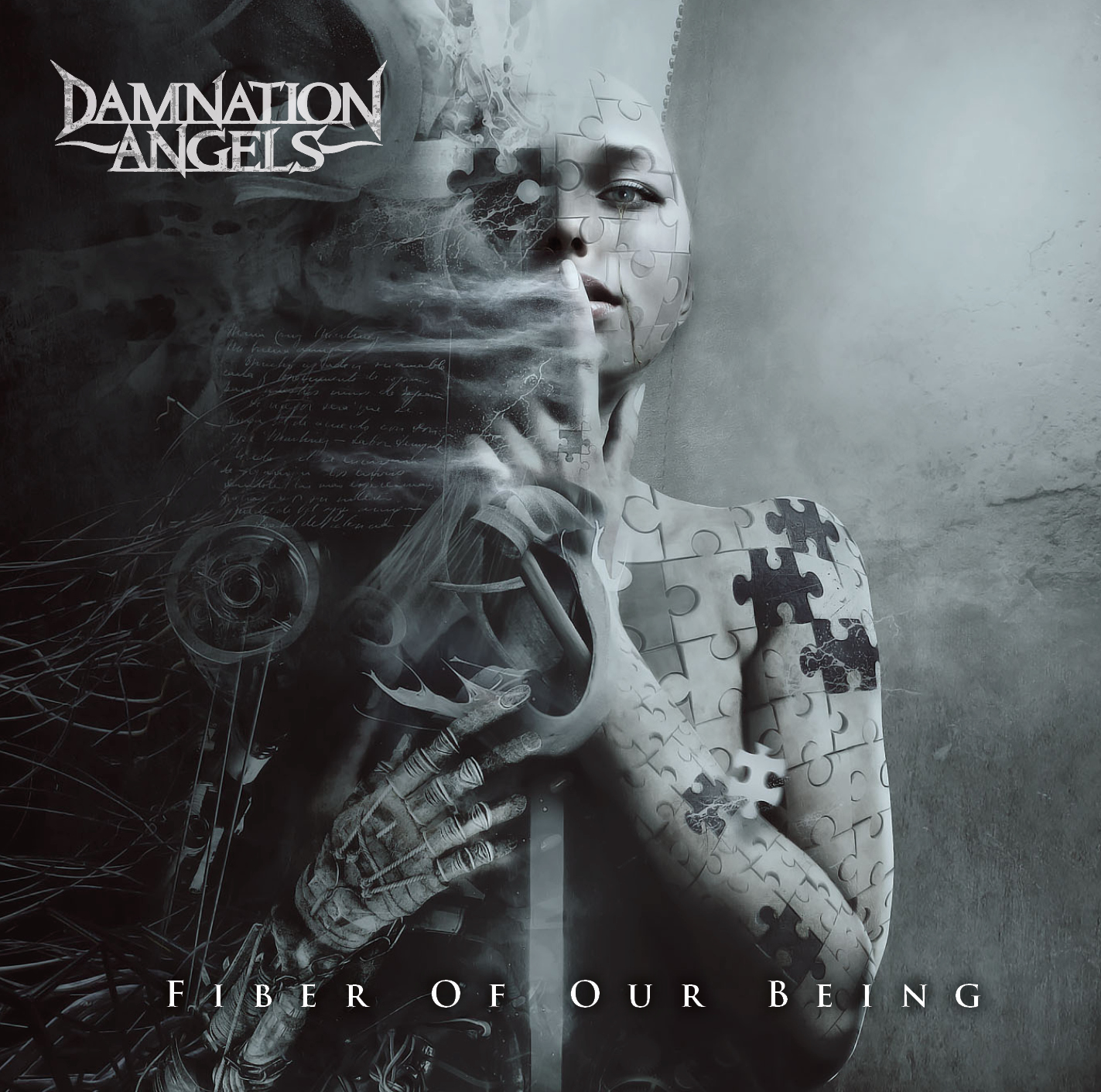 DAMNATION ANGELS-Fiber Of Our Being

I will start my review by stating (a bit embarrassed…) that  – although I listen to a lot of music (understatement) –  I had never heard of Damnation Angels before…. After several spins of ‘Fiber Of Our Being’ I really feel/know that I missed something, as this band really offers some great musical stuff. Damnation Angels was founded in the UK in 2006 and six years later they released their full-length debut album called ‘Bringer Of Light’. The second album `The Valiant Fire’ was released in 2015. This English power metal band has obvious musical influences/characteristics from Avantasia, Blind Guardian, Sabaton and even Kamelot. Since a couple of months DA has a new singer Iggy Rodriguez and a new bass player Nic Southwood and both add a new musical dimension to the band. Take for example the amazing opener ,,More Than Human”, which really sounds like Kamelot by the way, featuring a great vocal performance by Iggy. ,,Railrunner” is a superb symphonic metal track, featuring even piano and strings arrangements! In the amazing power ballad ,,Our Last Light” the new vocalist shines again giving me goose bumps all over the place. The first epic song on the album is called ,,Rewrite The Future” and here DA shows what they are musically capable of; awesome stuff really! But, it even gets better with the second epic track, being the almost thirteen minutes song ,,Remains Of A Dying Star”. This song really stands out as the musical gem of this album, featuring grandiose melodies, instrumental passages galore and even Nightwish-like orchestral moments. Hats off for Damnation Angels as they have released a more than excellent symphonic metal album. If you do not know this band (like I did…..) give ‘Fiber Of Our Being’ a try and I am sure that you will like and appreciate it. Only “misstep” on this album is probably, in my opinion, the rather run of the mill ,,A Sum Of Our Parts”; but then again, who cares as the rest of this album is sheer melodic metal bliss!!