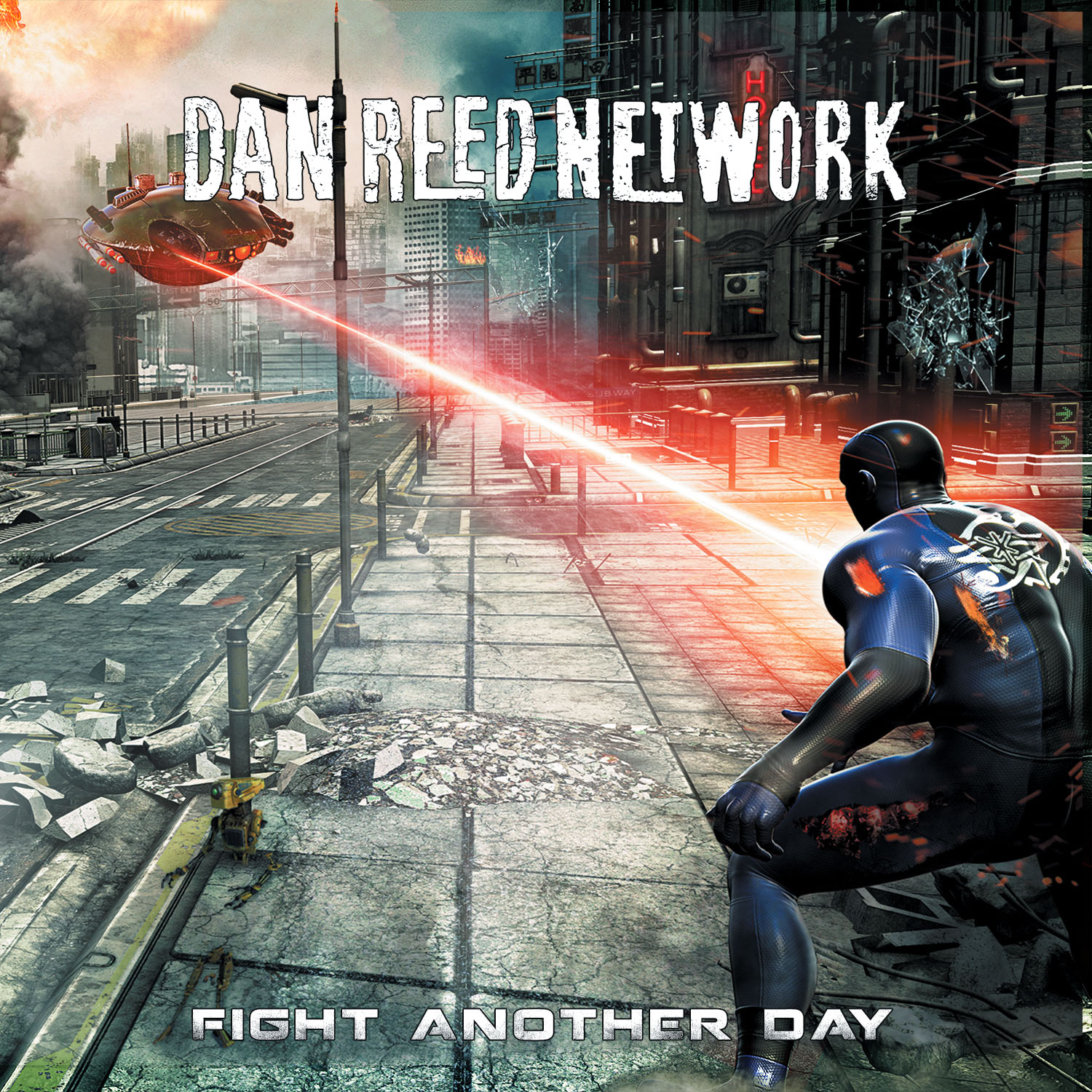 December 9, 2016 by Michel van de Moosdijk - More about our team

This album of Dan Reed Network has been flying a bit under the radar. It was released earlier this year by Frontiers. Back in the late eighties there was quite a buzz around this band with the albums ‘Dan Reed Network’, ‘Slam’ and ‘The Heat’, all released on major labels and sounding a bit different than the rest because the group around singer Dan Reed produced a sort of a funk rock. The band had some success as well, toured with some big acts, worked with producers like the late great Bruce Fairbairn (Prism, Bon Jovi, Kiss, Loverboy) and sold a few million albums. Although Dan Reed himself has been active since that and released several CD’s like ‘Signal Fire’ in 2013 and ‘Transmission’ in 2015, it might have been a wise idea to put new life in Dan Reed Network. As far as I know the group is planning a European tour in 2017 (February/March), without any doubt showcasing material from ‘Fight Another Day’, released some 25 years after the last studio-CD ‘The Heat’. Drummer Dan Pred is still there and guitarist Brion James, bass player Melvin Brannon Jr and keyboard player Rob Daiker are guys with whom Dan Reed has been working for quite a while. Although those old funk rock influences are still lurking around on this CD (,,Infected’’) it is safe to say that Dan Reed Network 2016 has become a melodic rock outfit that produces easy listening rock tunes, played by seasoned musicians who have a lot of attention for detail. Dan Reed himself is a pleasant vocalist who is capable of changing the mood in a song in just a few seconds (,,Give It Love’’). There are a few really nice compositions to be found on ‘Fight Another Day’ like for instance ,,Champion’’, a mid tempo melodic song with a very subtle solo from Brion James and the already mentioned up beat rocker ,,Give It Love’’ (with a funky bass line and yet again Brion James owning it). I am not sure if the pure hard rock adapt will like this record as a whole, because if you look at things from that perspective I guess ‘Fight Another Day’ is a bit of a mixture of styles and not always heavy. But it is a well put together record by honest musicians suited for people with a more ‘sophisticated’ taste perhaps….