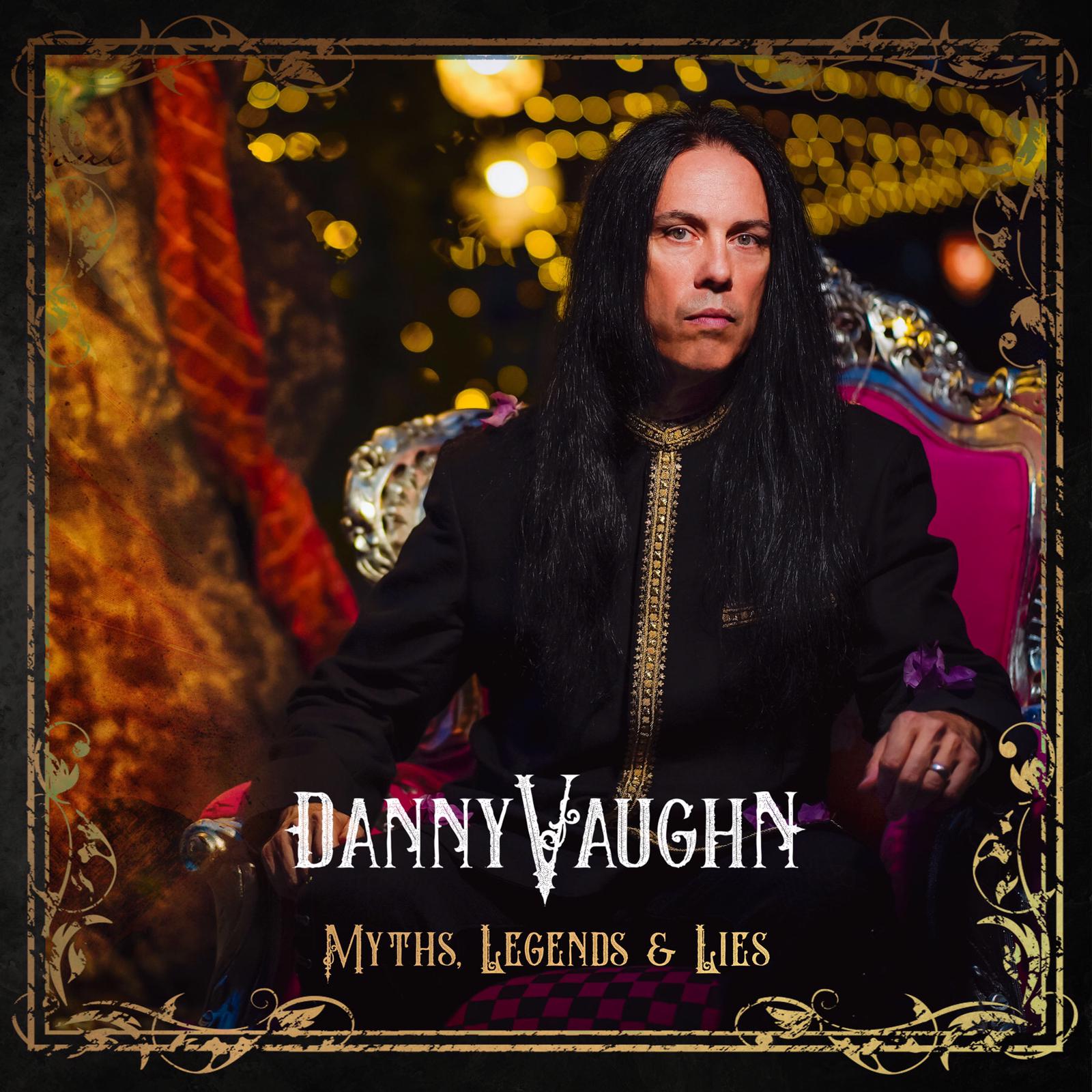 Arguably one of the finest voices in rock is Tyketto’s frontman Danny Vaughn who, with ‘Myths, Legends & Lies’, has just released his first solo album in eleven years; since ‘Traveller’. Most of the songs are collected over decades but not before Vaughn found a good place to put them and that’s why he called them ‘Orphan songs’…until now. With ‘Myths, Legends & Lies’ he delivers a colourful collection of storytelling, a musical audiobook if you like. It is a mish mash of all Vaughn’s influences and favourite musical styles all together and the result is a beautiful listening experience with a lot of variety but always held together by Vaughn’s recognizable voice, his ability to paint a scenery and create an atmosphere. The album opens very strong with the Irish folk/country song ,,The Shadow Of King John’’ (the chorus has a melody-line similar to ,,End Of The World As We Know It’’-REM). The atmosphere is set; and you feel like you are in an Irish pub. Although he also fell victim to the Pledge Music disaster, with the help of his fans, he picked up the pieces and continued to follow his dream and the result is sublime. Talking about all fourteen songs on the album would simply take up too much space but expect everything from country (rock), folk, blues and rock sometimes telling personal stories in a catchy tune like ,,The Missouri Kid’’ (about the time he tried to survive in New York) with its taste full guitarwork. ,,The Good Life’’ has this catchy, New Orleans jazzy vibe with prominent violin , cool guitar solo and horns while ,,The Last Ride Of The Sunset Men’’ is more country (rock). If you want your country bluesy and dark like Tom Waits, listen to the acoustic ,,Black Crow’’. If you prefer an upbeat gospel blues than ,,Monkeys With Money And Guns’’ is for you. Great lyrics also on ,,Point The Way’’; about the secret to the meaning of life. During the beautiful ,,Something I Picked Up Along The Way’’ you imagine yourself in a Smokey jazz club and with the poppy, country rock ‘n  roll ballad ,,Time Out Of Mind’’ he shows his love for The Eagles (Vaughn used to be a member of the most popular Eagles tribute band in the world, Ultimate Eagles). One of my favourite songs on the album, if I am able to pick one, is ,,Seven Bells”, an epic story about the passing of time. The melody lines are very Irish sounding and with its seven minutes it is the tour de force of the album with a beautiful ending. The acoustic, folky ,,What You Left Behind’’ couldn’t be better picked as album closer because it is all about our mortality. It is about all those we’ve lost and that their spirit will live on in us until we pass away ourselves. A pretty heavy subject but who says lyrics always have to be easy to digest? As Vaughn himself says ,,Like the album title suggests it is all about storytelling. And all three types can be found on it. Every song is a short story in itself, sometimes true, sometimes a lie, sometimes a fable’’, but all of them crafted to perfection. ‘Myths, Legends & Lies’ is the album Vaughn wanted to make for a long time, averse from hypes, trends and other people’s expectations, so he did, and as it turns out, many people love it and so do I. He proves to be a master of storytelling and his music surpasses all genres. Try to get hold of a copy, you won’t be disappointed. One of the top albums of 2019!