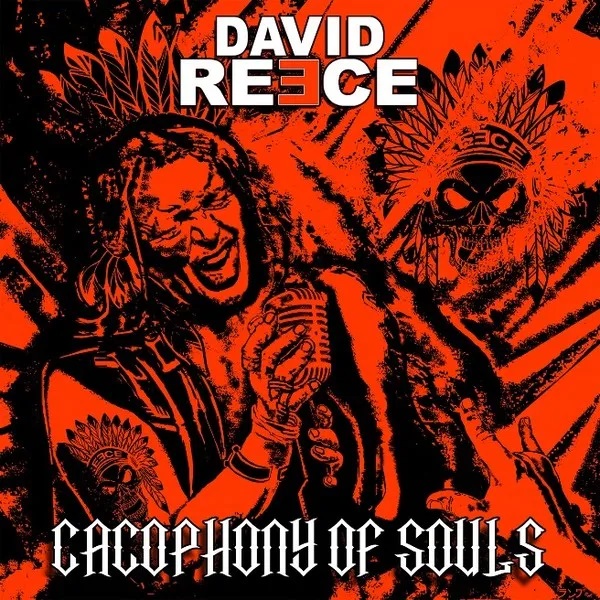 In November 2018 David Reece made his recording debut for the Danish label Mighty Music with the album ‘Resilient Heart’. The experienced singer thought that he had found a home for the next years to come but one way or another things did not work out perhaps as Reece is back with German label El Puerto. He worked together with that label quite successfully while fronting the group Sainted Sinners. I am actually wondering if this band has been put on ice or has been laid to rest. David Reece still works together with bass player Malte Frederik Burkert from Sainted Sinners. While touring to promote ‘Resilient Heart’ David got guitar player Andy Susemihl (ex-U.D.O., ex-Sinner) to join his band. The duo worked together on the ‘Universal Language’ album that Reece launched in 2009 and stayed in contact through the years. Susemihl, being a talented composer and seasoned producer became the obvious choice to be heavily involved in the writing, playing and recording of ‘Cacophony Of Souls’ and it must be said that Andy Susemihl made his mark with his excellent guitar acrobatics. ‘Resilient Heart’ was a very heavy album, that is also the case with ‘Cacophony Of Souls’ (make no mistake about that) but it is so much more versatile and it also leans more towards the direction of classic metal and melodic hard rock. That direction also demanded a more versatile approach by mister Reece himself. I have the distinct impression that he has dug deeper in his vocal reservoir than ever before, not only concentrating on power but also more on melody and passion. And there is plenty of passion assembled in the songs, you can just smell and taste the intensity displayed by Reece, Burkert, Susemihl and drummer Andrea Gianangeli. It makes heavy crunchy songs like ,,Bleed’’, ,,No Disguise’’, ,,Metal Voice’’, opener ,,Chasing The Shadows’’ (with a subtle interlude) and the fast and furious ,,Blood On Our Hands’’ tasty examples of good old fashioned metal while other tracks like ,,Collective Anaesthesia’’ and the strong emotional ballad ,,Another Life Another Time’’ focus more on depth and melody. It is not that David Reece has done something completely different on ‘Cacophony Of Souls’ but it is an album with more intensity and passion than ever before. Add to that an immaculate execution and you are confronted with a package that just can’t be ignored!