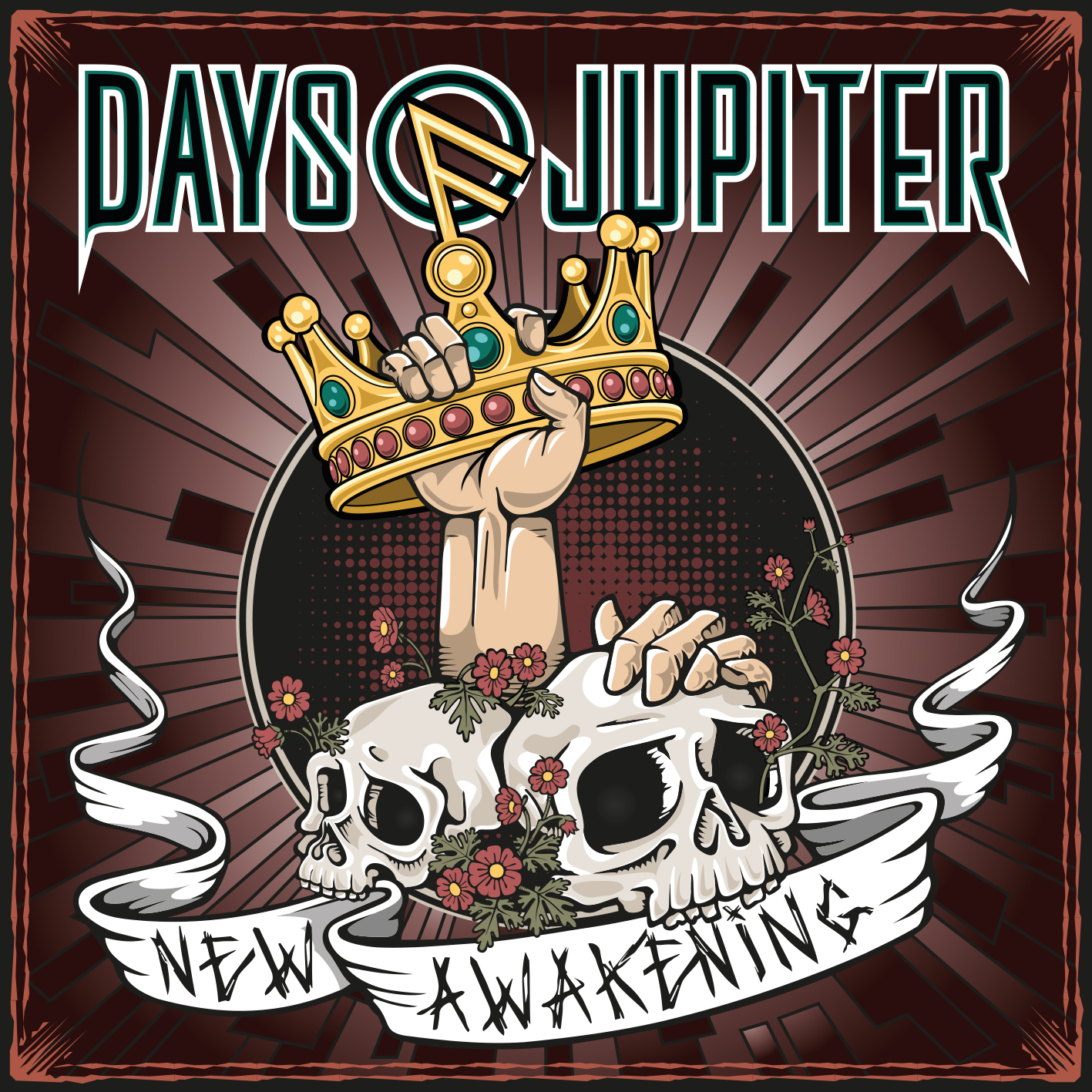 Sometimes you come across a band that has been around a little while and that you are not familiar with. Swedish band Days Of Jupiter released with ‘Secrets Brought To Life’ and ‘Only Ashes Remain’ already two products, but their third ‘New Awakening’ is my first encounter with them and I like what I hear. These five dudes sound focussed, sharp, heavy, dark, melodic, a bit stoner and above all metal. In Janne Hilli Days Of Jupiter has a bloke behind the microphone that brings it across. He reminds me a bit of Michael Oran from Mental Hippie Blood as he has the same power, grit and determination in his performance. Hilli is backed by the guitarists Jorgen Hellstrom and Marcus Lindman, drummer Magnus Larsson and bassist Janne Karlsson. Opener ,,We Will Never Die’’ already sets the tone for this CD. A hard rocking, darkish metallic tune with a few melodic moments and a bunch of kids forming a choir at the end of the track. The rest of the CD is more or less in that style.  Days Of Jupiter has some great songs in stock. ,,Awakening’’ is a pure metal uppercut that leaves you without breath while ,,Erase’’ has more subtle and melodic elements. Again the singer makes an impression with his performance, the bite that he puts into his singing is just great to hear. I have not heard one weak moment on ‘New Awakening’. It is not that Days Of Jupiter is doing something new that sounds like something you have never heard before, but the total package (songs, sound, band) is there ready to be discovered by you! Great release by Metalville!