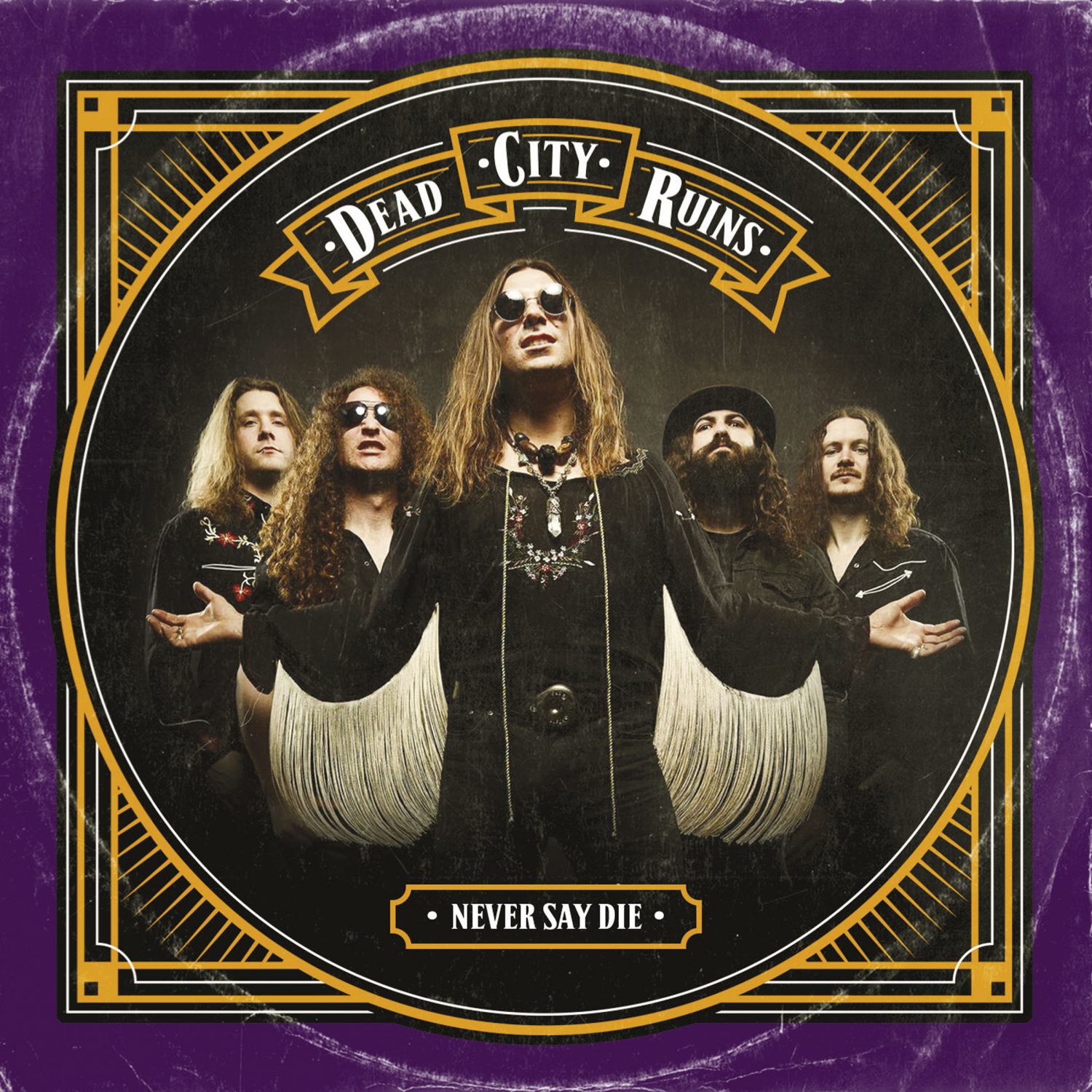 The spirit of rock and roll seemed to have settled in the hearts and souls of the five musicians that form Dead City Ruins. Already early in their career the Melbourne based group realised that if they wanted to achieve something they had to go abroad as the rock scene in Australia is not big, the distances between towns are huge and playing opportunities limited. So the guys sold everything they had and flew to Europe to tour their assess off, grabbing every chance they got to play, not caring having to sit for hours in an old, rusty van making the trip from Belgium to Rome, Italy to support Mastodon for little money. Singer Jake Wilfen, guitarist Tommy Cain, bassist Matthew Berg, drummer Nick Trojanovski and guitarist Sean Blanchard paid their dues on the road and with the proceedings they came back home to record their third CD ‘Never Say Die’. The work has resulted in a new record company, new management and booking agent, the pieces are all there for the ultimate goal the five musicians have set for themselves. They want to grow from a pub band to ultimately a group that can play in a big arena. Big dreams, big goals and you need to bring something substantial to the table to make those dreams come true. For the recordings of ‘Never Say Die’ the band went all out, recruiting producer James Lewis and putting all they had into it. It is fair to say that ‘Never Say Die’ is a very energetic hard and heavy rock and roll album. Luckily most Australian bands have left the idea of having to sound a bit like traditional acts like AC/DC, Rose Tattoo or The Angels behind them. Although Dead City Ruins sounds quite traditional and classic, the main reason for that lies in the voice of Jake Wilfen. The man sounds like a younger brother of our beloved hero Ozzy Osbourne. Jake is certainly not a carbon copy, has a bit more technique and variation in his voice but because of this particular sound colour Dead City Ruins sounds sometimes like a modern version of Black Sabbath. There is plenty of power available on the CD but also enough variation to make sure that Dead City Ruins cannot be seen as a cheap rip off. The tempo is a bit higher on several tracks, the riffs are open and accessible, but like I said our Jake just has this particular sound. And now that Sabbath has retired maybe there is a space to be filled. I am not saying that Dead City Ruins are the band to fill that space in a hurry but the overall quality of ‘Never Say Die’ [eh…that CD title was used by Black Sabbath in 1978 if I am not mistaken] and the work ethic this group has should help them further on the way to their ultimate goal. There is nothing wrong with having outspoken ambitions as long as you back it up with deeds and good music, just what Dead City Ruins has done on ‘Never Say Die’.