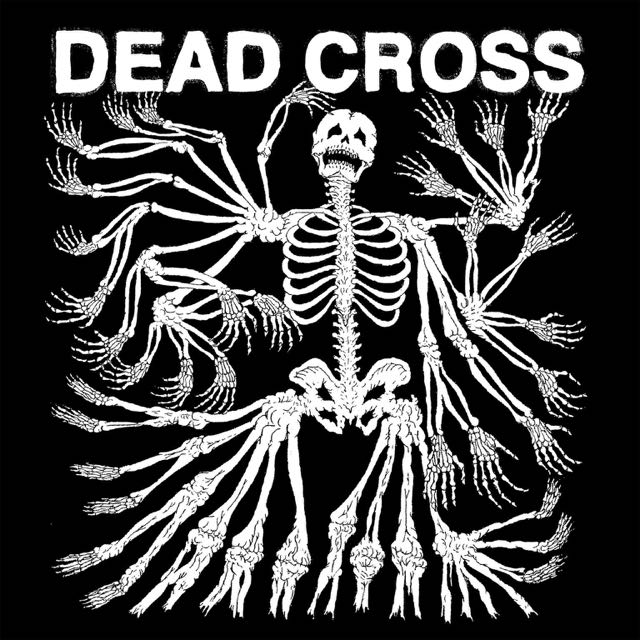 If you are into radio or elevator music, you better stop reading at this point and enjoy your lovely day, because this album is definitely not….yes NOT for you. Dave Lombardo (former Slayer drummer) was on a mission when he formed Dead Cross in 2015. The extreme and hard to digest songs had been finished and recorded to be ready for an album release, when the original singer decided to leave the band. The usual search for a new singer had started and if you’re in a band yourself, you know that this could really be a pain to find exactly the vocals you want to have in your band. Luckily, Dave Lombardo is not the teenage kid drummer from the garage around the block. Back in the late nineties/early 2000’s, we already had this demonic combination between Lombardo and Faith No More main man Mike Patton, so a phone call later, Dead Cross were signed to Pattons label Ipecac and Patton himself took the job of the singer.
The ten songs are exactly what you can expect from an Ipecac release with even Mike Patton on vocals. It is weird, it is hard, it hurts in your stomach, and it has brilliant musical arrangements. Dead Cross is going to fuck your brain like a maniac.