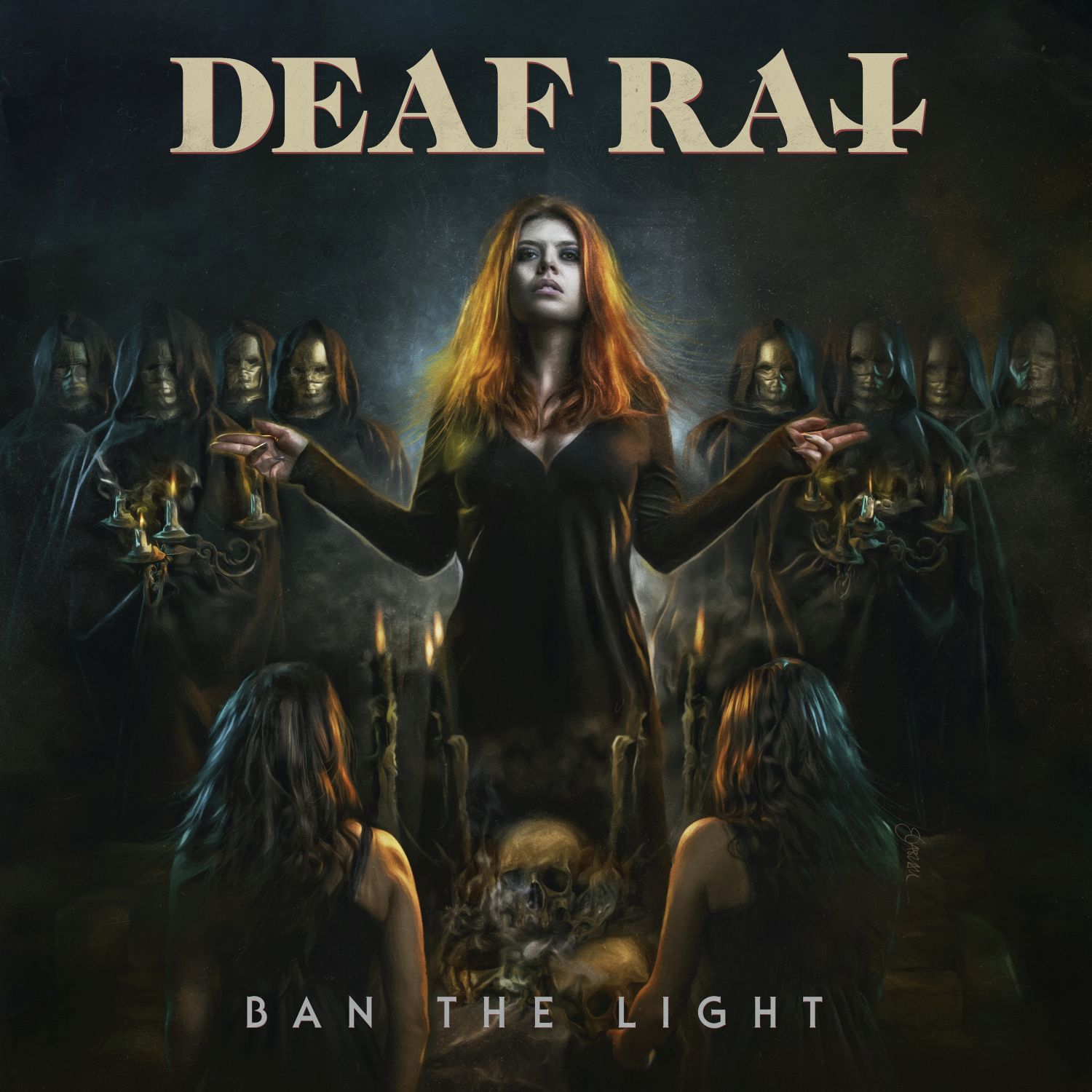 Sweden keeps producing them like no other European country it seems. Deaf Rat are here and are here to stay. Their musical statement on ‘Ban The Light’ makes it pretty clear that these five guys mean serious business. Led by singer Frankie Rich who has a Dutch background (real name Frank Kooistra, his parents emigrated to Sweden some 40 years ago where he was born) Deaf Rat makes a quite impressive start of their career, blasting a combination of power and heavy metal out of the speakers with a grim and sometimes dark look on the world today lyric wise. Blessed with a healthy ‘do it yourself attitude’ the five musicians work their way through some gritty songs on which they sound determined, inspired and with an attitude that is from time to time cheeky but also with a certain meaning. It is not that Deaf Rat only plays straight forward and up-tempo metal, there are some moments where the foot is of the pedal and there is room for a bit more thought and melody in the song structure (,,Bad Blood’’). The most outstanding songs are next to ,,Bad Blood’’ for sure the epic title track and closer ,,Welcome To Hell’’ that is dominated by a darkish and mysterious sound and lyric. Also the piano part and Frankie’s vocal are sinister. Definitely a song that might not grab you straight away but the more you hear it, the more it gets you in its grip. Not saying that Deaf Rat has re-invented the musical wheel again, but with their unsophisticated character and a firm production (courtesy of Erik Berglund) Deaf Rat at least has made an impact in a metal scene that is full of wannabees and groups that have nothing of their own to bring to the table. Deaf Rat is a pleasant yet sometimes ‘grim’ exception. Check it out!