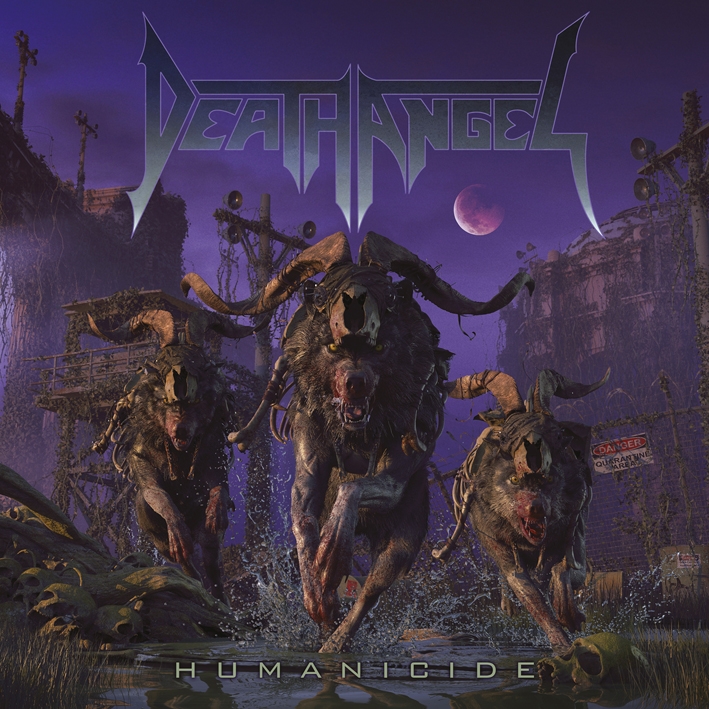 Three years ago thrash metal icons Death Angel released their amazing album ‘The Evil Divide’ and now this Bay Area legend “returns” with ‘Humanicide’, the third record of a trilogy around the wolf theme. This new album, dealing lyrically with the fact that humanity is destroying itself and the earth, contains ten tracks of which most of them are heavy up tempo head bangers stuff. Take for example the excellent opening title track, which is a classic thrash metal song, followed by another head banging anthem-like song called ,,Divine Defector”; notice the super vocal performance of Mark Osegueda here; awesome!! However, the best is yet to come with brilliant songs like ,,Immortal Behated” (great title by the way), which is sheer melodic heavy metal heaven and ,,Revelation Song”, a brilliant heavy mid-tempo song with a screaming guitar solo in the middle. The most remarkable song is ,,The Pack”, a classic heavy metal song filled with Metallica and Megadeth influences and furthermore it is a tribute to all Death Angel fans all over the world. ‘Humanicide’ is packed with sheer raw energy mixed with amazing melodies, hooks and riffs, that make this album one of the best thrash metal albums I have heard in a long time. This is true and honest Death Angel stuff, so turn up the volume and keep on banging them heads; highly recommended!!