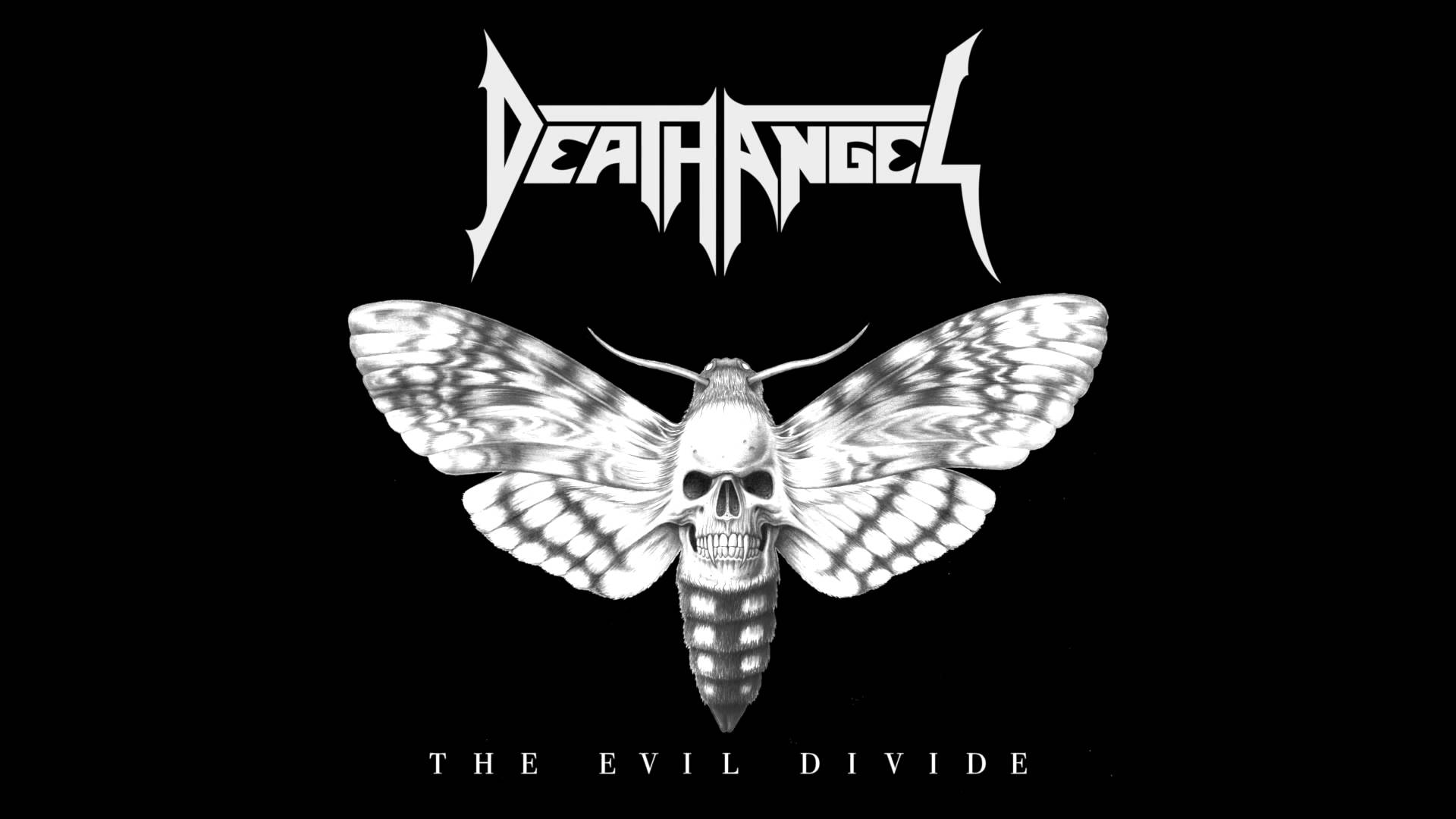 Death Angel was an important part of the Bay Area thrash movement in the eighties with their great contributions ‘The Ultra-Violence’, ‘Frolic Through The Park’ and ‘Act III’ before they broke up, because drummer Andy Galeon got injured and could not do much for more than a year. Later on band members started groups like The Organization and Swarm before surprisingly reuniting in 2001. From the original line-up only guitarist Rob Cavestany is left. But singer Mark Osegueda has been around since 1987, while guitarist Ted Aguilar joined in 2001. Drummer Will Carroll and bass player Damien Sisson joined in a later stage. Death Angel has for me always been a band from the Bay Area thrash movement that was successful in incorporating more melodic pieces in their ruthless music style. Other groups just had one particular recipe in store, Death Angel had more to offer. That is also the case on their eight full length studio CD ‘The Evil Divide’. The title of the CD is part of the lyrics of the first song ,,The Moth’’, where no prisoners are taken. `The Evil Divide’ is a ruthless, no nonsense thrash metal album with a killer production from Jason Suecof, who has been working longer with the group. The sound of the album is one giant kick up the bum, with crunchy riffs and power vocals from Osegueda. But the thing that I love the most about this band is their ability to mix things up. Listen to ,,Lost’’ and especially ,,Father Of Lies’’ and you will catch my drift. It is an up tempo thrash metal song but then there is this fantastic melodic middle piece of the track where the band switches gear before going into complete overdrive again. Death Angel at its best I dare to say. From all those Bay Area bands that are still around and the most famous of them all is just cashing in (yes Metallica) by producing lame shit, Death Angel has stayed true to themselves and their fans and deserve a lot more than what they are getting. They still have the evil and the hunger inside of them! This album proves that yet again!