DEE SNIDER-For The Love Of Metal 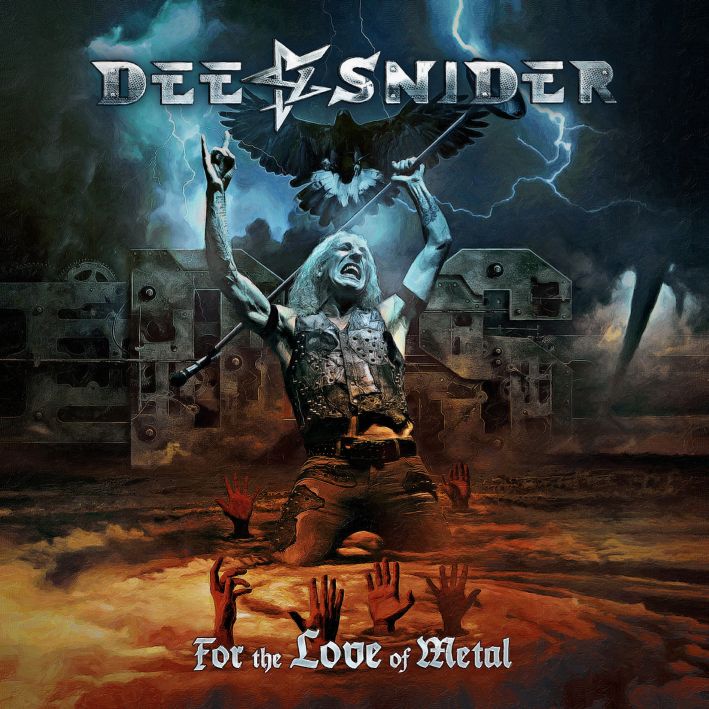 DEE SNIDER-For The Love Of Metal

Are you strapped in and would you like to go on a musical adventure with Dee ‘fucking’ Snider? ‘What do you want to do with your life? I wanna rock.’ It was the opening phrase of one of the most popular Twisted Sister songs ever, the band that was led by Snider and was very popular in the eighties with their no nonsense rock, rebel attitude and outrageous yet funny video clips. Those days are gone but Dee Snider is still rocking and rolling some 30 years later. On this solo CD produced by Hatebreed vocalist Jamey Jasta Dee Snider sounds harder, meaner, grittier and more focussed than ever. ‘For The Love Of Metal’ is a tribute to metal with a dozen ferocious metal songs on which Dee can let loose his aggression. I don’t believe that I have ever heard the veteran sound so heavy and rough. Tons of guitars, killer riffs, up tempo songs, aggressive yet accessible singing, a heavy sound and a ‘in your face’ production, there is no lighting up it seems. It is full steam ahead, there are no prisoners taken, no ransom paid, Dee is out on the warpath on this one and there is absolutely nothing wrong with that. The only song that prevents the CD from becoming too one dimensional is  ,,Dead Hearts (Love Thy Enemy)’’ although after an acoustic start it does become a heavy rock ballad. I mentioned one dimensional. That might be the only point of (small) criticism. After a while it seems that most of the songs have more or less the same (Hatebreed?) direction. But the fierce character of the CD and the performances of the involved musicians unveil something undeniable: this album is pure metal and Dee nails it as singer and performer. If you think Twisted Sister was heavy just undertake this wild ride and do not forget to strap in! Twisted Sister was child’s play in comparison with ‘For The Love Of Metal’!