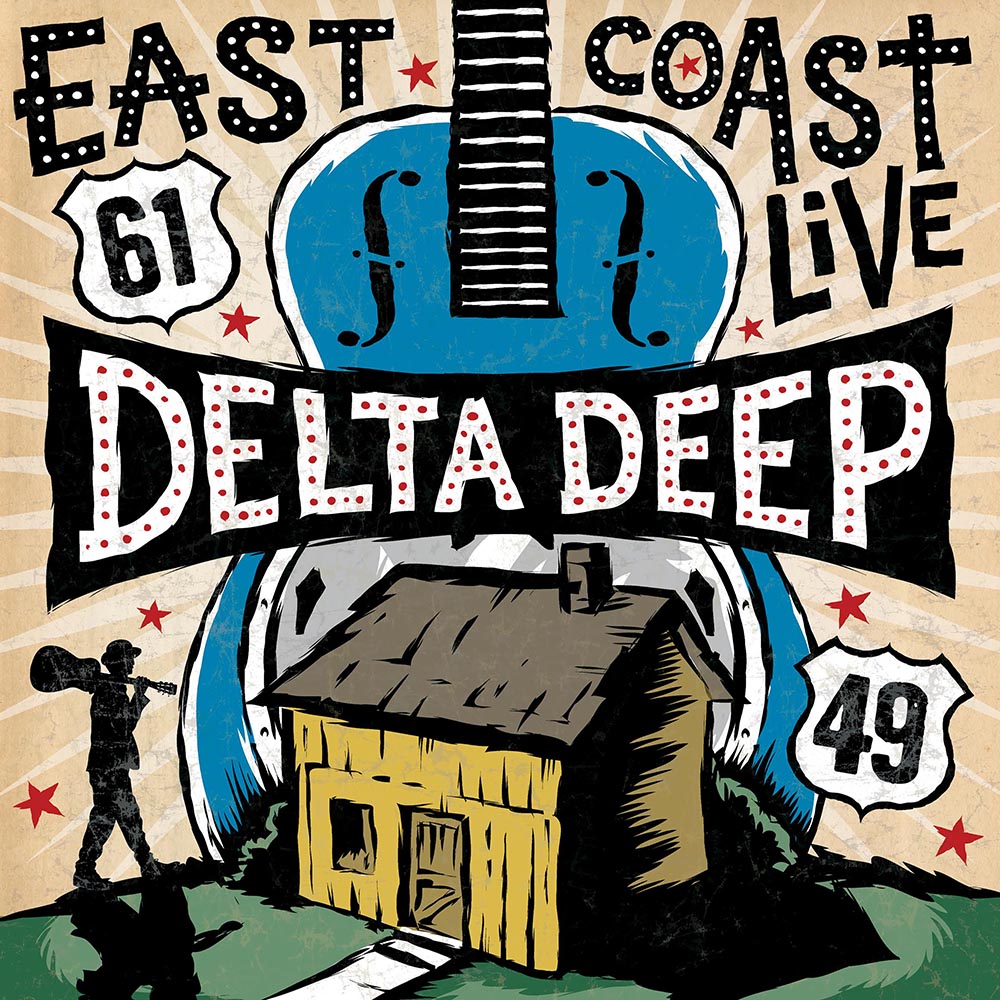 The musicians of Def Leppard like to fill in their time with plenty of activity with other bands. Guitarist Vivian Campbell recorded albums with Last In Line and Riverdogs, singer Joe Elliott has a project called Down N Outz playing Humble Pie covers and guitarist Phil Collen has two hobby bands of which one is called Delta Deep. With this formation Phil plays a combination of rock, blues and soul. When Phil got married in 2010 a female singer called Debbi Blackwell-Cook sang at the wedding and Phil was so impressed he started working with her resulting in a 2015 release of the first Delta Deep album a CD with some covers but also original tracks. The album was received with a lot of enthusiasm and when I bought it somewhere in 2016 I was deeply impressed by the vocals of Blackwell-Cook who was compared to Aretha Franklin and Chaka Khan while the music was described as Led Zeppelin like. Well, on this live recordings the band around Collen and Blackwell-Cook is really smoking hot, delivering a blistering mix between heavy blues, heavy rock and indeed a sniff of soul. The voice of Blackwell-Cook has no boundaries, she could step into Mother’s Finest without any problem! Furthermore her presentation is funny but sincere and sometimes extremely emotional. Especially when she announces the song ,,Whiskey’’ as a tribute to her deceased son it is not easy to fight back your tears. The band performs several rock and soul classics like Zep’s ,,Black Dog’’, ,,Black Coffee’’ (covered recently by Rival Sons and the title track of the new Beth Hart/Joe Bonamassa CD), Purple’s ,,Mistreated’’ plus some of their own tracks. Collen himself is just as impressive as Blackwell-Cook, showing a bluesy and sensitive side of himself that is just breathtaking (listen to the solo he plays on ,,Whiskey’’). Supported by drummer Forrest Robinson and Stone Temple Pilots bassist Robert DeLeo Delta Deep is a true blue blues rock band that sounds genuine and great. Definitely recommended for blues fans as there is also a DVD with part of the show added to the CD package I believe.